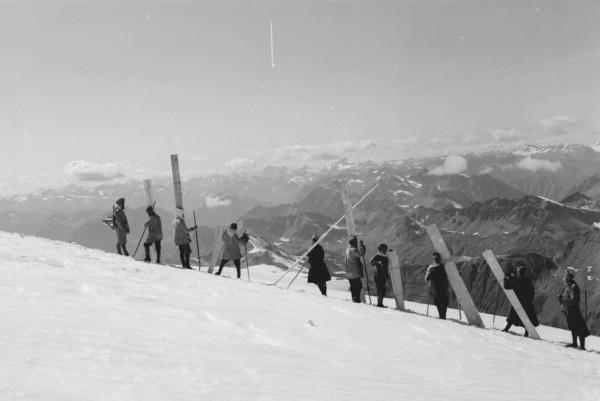 The project, supported by Fondazione Caritro , intends to bring to light a little-known story - that of Serbian and Russian prisoners of war employed on the Alpine front as forced labour during the First World War - and to involve students in an active learning process.

Last gears of the war effort then, today the prisoners of war are last in memory: over a hundred years after the end of the war, the experience of thousands of Russian and Serbian prisoners employed by the Austro-Hungarian army on the front remains unknown. Trentino. Thousands of people, in the most extreme conditions, built forts, trenches, and barracks at high altitudes, but also numerous infrastructures, such as the railway lines of Val di Fiemme and Val Gardena, the Val Badia road, and sections of the Valsugana road. Public memory has given little space to their story, but traces of their presence have remained in the landscape and in the toponymy: the "path of the Serbs" in Vallagarina, the "road of the Russians" in Val S. Nicolò, the so-called "road of blood" in the Adige valley. The project "The last ones of the Great War" intends to present an unprecedented perspective on this story, useful for understanding the depth of contemporary total war.

The project is divided into various activities that will see the partners as protagonists at different times and with different roles: historical research on Serbian and Russian prisoners in Trentino during the Great War; the creation of a photographic exhibition at the War Museum and illustrative panels in Forte delle Benne; the creation of an "interactive map" indicating the presence and places of employment of prisoners in Trentino; the publication of a scientific article in the "Annals" of the War Museum; a series of meetings and activities with local schools.

The training proposal will involve three classes of upper secondary schools in Trentino who will participate for free in a course that involves the use of innovative, participatory, and multimedia teaching methods. An introductory historical lesson on the subject of prison warfare in Trentino and the experience of Serbian and Russian prisoners on the Alpine front will be followed by Wikipedia workshops aimed at creating new items or expanding existing ones. The path will end with a historical conference that will frame the memory in today's context. The seminar will be an opportunity for students to show their work, but it will also offer an opportunity to reflect on the evolution of the relationship with the "other" in Trentino, leading the reflection up to the current situation, which sees an ever greater presence of foreign citizens employed on our territory. 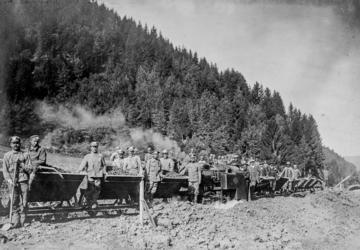 Forced labour at the front: Russian, Serbian, and Romanian prisoners

Thousands of prisoners of war - mainly Russians, but also Serbs and Romanians - were employed in Tyrol during the First World War. A photo gallery by Marco Abram, OBC Transeuropa researcher 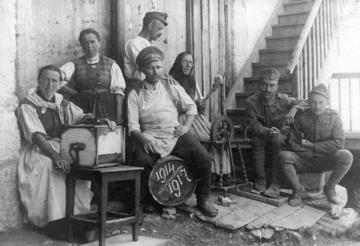