After Srebrenica. Past and present - DVD NO MORE AVAILABLE 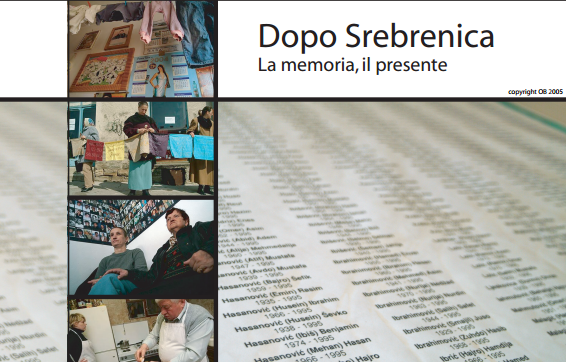 Ten years after the massacre of July 1995, this is the story of the town that has become a symbol of ethnic cleansing and racist violence in Europe. The documentary brings the viewer from Tuzla - where women fight for the investigation of their loved ones' disappearance, through Potočari - former headquarter of international peace forces, and all the way to Srebrenica. Going back and forth between present times, history, and memory, parallel narratives unfold, surrounded by a sense of alienation, in the heart of a town where the conflict does not yet seem to have found an end. “After Srebrenica” was filmed thanks to the support of the Autonomous Province of Trento.