Turkey: the murder of Aslan Özgecan 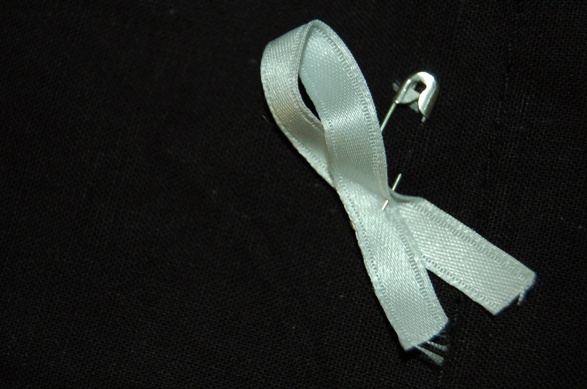 In the aftermath of the brutal murder of a female student in Turkey, women associations come out in anger: "We are not mourning, we are in revolt"

In the "New Turkey" of President Tayyip Erdoğan, violence against women is a dramatic problem. The country is still in shock over the brutal killing of Özgecan Aslan, university student in Mersin – on the Mediterranean coast. Her body, burned and thrown into a ravine, was found on Friday, February 13th.

According to the latest version by murderer Suphi Altındöken – driver of a minibus that was supposed to take her home – the killing of the young woman was not premeditated. The punches and kicks that knocked her unconscious, the cuts on her throat and hands that were supposed to cover the traces of the struggle between the girl and the driver, were the result of a sequence of unpredictable events. The idea of burning the body came from a friend, Fatih Gökçe, while Altındöken's father, third figure implicated in the affair, allegedly burned the victim's books and personal items in the yard of their home.

The three were placed under arrest and the story under secret investigation. In all likelihood, the prosecutor will ask for the most severe penalty provided by the Turkish criminal code – life imprisonment.

On Saturday, February 14th, thousands of women full of anger and sorrow poured on the streets of Istanbul and Mersin, with signs showing the name of Özgecan and the words "We are not mourning, we are in revolt". In 2014, according to data by the Association for Human Rights (İHD), 296 women in Turkey were killed, 776 were injured, and 142 reported violence and rape. Just on Thursday, February 12th, another woman dismembered by her husband was found in a garbage can in Istanbul. Almost every day, the press reports of women killed, most often by their spouse or former partner, like a common piece of news.

Be it the brutal circumstances of the murder, the victim's young age and beauty, or her being studying at the university thanks to the sacrifices of her family, the Özgecan case sparked a public outcry among the population in a way that the deaths of "common" women had never managed to do. This probably contributed to a completely new event – among the first to visit the girl's mother were the daughters of President Erdoğan. One of which, Sümeyye, had been named as a possible candidate in the next general election until the official denial came on Saturday, February 21st. "We are with you, we will never leave you alone", they said.

Then came the turn of Ayşenur İslam, Minister for the Family and Social Policies (formerly Minister for Women and Social Policies), who said: "I came here as a woman and a mother to hold the hand of a grieving woman". While leaving, she also said "as a woman and a mother" and not "as a minister" that "the penalty for crimes committed against the person could be the death penalty. I think that this can be discussed".

For the women's movements, the solution is certainly not to be found in the death penalty or sterilization, suggested by several voices in the public opinion. The platform "Stop the murders of women", a group formed in 2010 and consisting of various professional and social categories, struggles to ensure that these crimes are prosecuted legally, but above all avoided.

Among the proposals put forward by the Platform to achieve this goal – including an amendment to the Criminal Code, the efficient implementation of laws for the protection of women in danger, a new constitution that prioritizes gender equality and freedom of sexual orientation, and a specific ministry for Women – stands out a request for political and party leaders to make their statements condemning the murders of women in a language that is not itself discriminatory.

A request that Erdoğan did not exactly oblige: "Whoever performs an act of violence on a woman, considering her weak and helpless, is a coward. Committing an act of violence on a woman is a betrayal of what Allah entrusted to us. I say this especially to men, who are the majority at the top decision-making level. This could have happened to the daughter of each of us. If we do not address the topic carefully, we will never get a real improvement".

The president also followed up on his words after they were criticized by the feminist movements, which consider the issue of violence against women as a political one: "You know these feminists, they believe that saying that women were entrusted to us is an offense. But they have nothing to do with our religion and our civilization".

Yet, it was thanks to the struggle of women's organizations and feminists that national laws to protect women from violence were passed in recent years. In 2012, Turkey ratified the Council of Europe Convention on preventing and combating violence against women and domestic violence , the first legally binding international instrument that creates a comprehensive legal framework to protect women against all forms of violence.

The problem, as experts point out, does not lie in the laws, but in their application. A barrier of silence often extends from the police to the judiciary and the political authorities, with women remaining unheard in their requests for help and ending up being killed in the streets by their husband or partner they wanted to leave. According to a report the police itself presented to parliament in 2014, 27 women were killed while under protection. Also, many attackers enjoy reductions of sentences for good behavior, while in other cases the judges believe that violence was committed because the woman provoked it.

After the Özgecan murder, a Twitter campaign collected over 600,000 posts with the hashtag #sendeanlat (in Turkish, “say it, you too”), with women telling about the psychological and physical violence they experience daily. For example: "I filed a lawsuit for physical violence and before appearing before the court I thought long and hard about how to dress to avoid giving the impression that I had been looking for it".

One does not even need to get to look at some of the Islamic radical media like Yeni Akit, which finds the causes of violence against women "in miniskirts and cleavage", to notice a growing tendency to limit women's freedom. Suffice it to recall the statements of deputy prime minister Bülent Arinc, who said some time ago that women were not to laugh out loud in public. Politicians' "informal" statements and "opinions" on gender issues have a more direct effect than any law. This was seen also after the condemnation of abortion by President Erdoğan. A recent survey conducted by the Mor Çatı Foundation found that in Istanbul, out of 37 public hospitals, only 3 agree to end unwanted pregnancies that – according to Turkey's current legislation – can be terminated within the first 10 weeks.

Reducing the matter to a miniskirt would be a serious mistake. Victims of violence belong equally to all "categories", from women in short skirts to women covered in veils. According to the latest report on gender inequality by the World Economic Forum, Turkey is at the 125th place among 142 countries, and is in second place in Europe as regards the phenomenon of child brides. Perhaps it is on such data that the country's leaders could start focusing their statements.