Turkey, a quake of memories 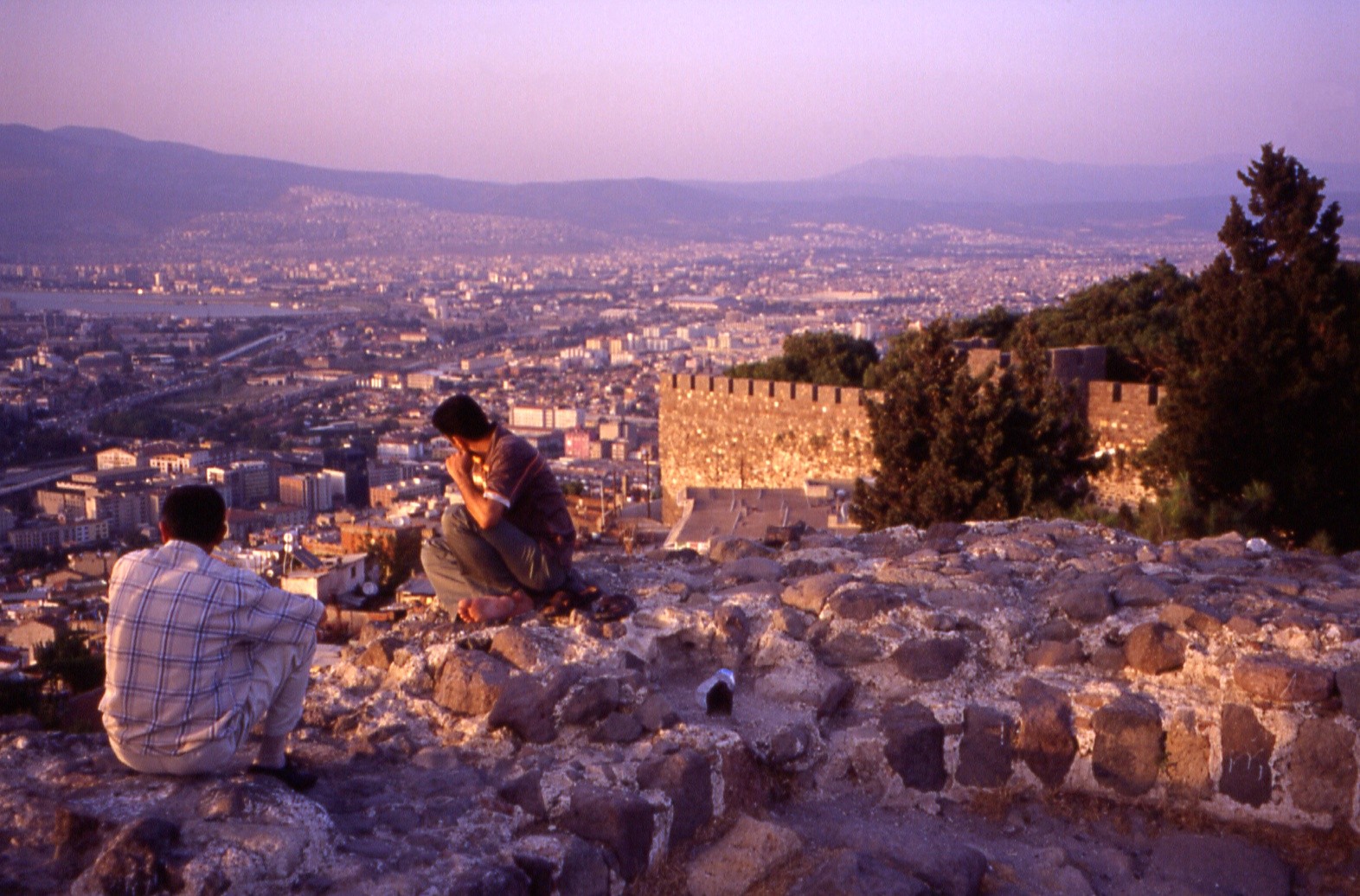 The metropolis of Izmir seen from the Kadifekale fortress - Photo by F. Polacco

A violent earthquake hit Turkey and Greece on October 30th. The fury of the ancient god Poseidon, whom Homer called 'the Earth shaker', has also shaken the memories that accompany - lacerating and nostalgic - the choral lament for the victims

In this autumn 2020, the Chance and Necessity of the forces of nature unleashed a violent underwater earthquake in that physically jagged, historically troubled stretch of sea that opens up at Izmir, between Greece and Turkey. The dead and the wounded are searched with difficulty under the crumbling buildings of some suburbs of the metropolis. Attica and Anatolia, on the two opposite sides of the Aegean, shivered with sudden jolts. Even a not insignificant tsunami, an infrequent phenomenon in our seas, hurled itself on the facing Greek island of Samos.

But for some of us, confined like so many by the pandemic crisis within increasingly narrow physical limits (the Ministry advises us Italians against 'unnecessary travel abroad'), the fury of the ancient god Poseidon – whom Homer called 'the Earth shaker' – this time it has opened a fault even in memory, from which indelible memories of past travels emerge, almost overlapping, lacerating and nostalgic, with the choral lament for the victims.

First of all Smyrna, today's Turkish Izmir, should be in the hearts of all of us Europeans because, listen to me, it is Homer's homeland. True – as many as seven islands and cities have been competing for birthplace status for 28 centuries, and no one has ever resolved the dispute. Yet, leaving aside the hypotheses of historians and philologists, it is really true that in some places, to understand how things are, you just have to go there. For example, in the Bayraklı district, the one where the greatest damage occurred on October 30th. It is the place where ancient Smyrna stood, the Greek city. Even before the Ionians from Hellas came to colonise it, it was almost certainly pre-Hellenic, that is, Anatolian; as Anatolian was the contemporary Troy, a couple of hundred kilometers. further north. So I was reminded with pride,15 years ago, by the Turkish archaeologist who supervised the excavations in the area – a portly, kind gentleman who, instead of escorting me away from the site closed to visitors, was moved because I told him that I had come from Rome precisely to visit Izmir and Troy. He explained to me that that triple circle of walls, more or less large like the Palatine Hill, did indeed enclose what was the oldest polis in the West, but its oldest inhabited area dates back to at least two millennia earlier. He was a man over the years, and I remember that he did not know a word of English: luckily for me, who had just started studying Turkish, a young digger was the interpreter; he stopped to help me, his chin resting on the hand holding the end of a shovel. 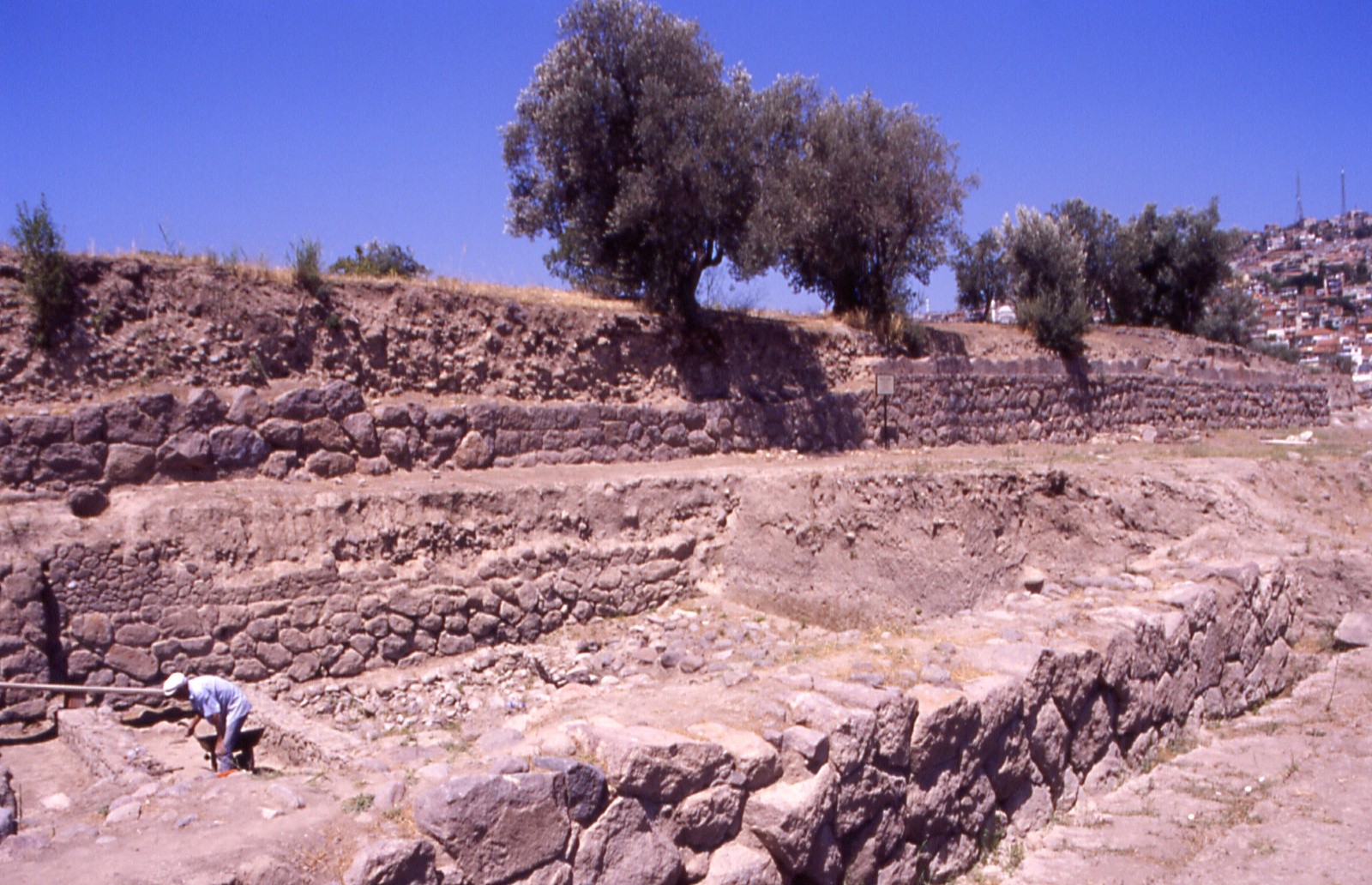 On October 30th, a violent earthquake of 7.0 magnitude with its epicentre in the Aegean Sea hit Greece and Turkey, killing at least 85 people and injuring more than a thousand. Most of the damage occurred in Izmir, off the Aegean coast of Turkey. A tsunami wave followed the shock.

The earthquake was felt up to Athens and Istanbul.

Before approaching those excavations, I had gone to admire and take pictures of Smyrna from above, from the streets of an old neighborhood above (the whole metropolis is surrounded by rolling hills). Quickly identified as a foreigner (the area is absolutely devoid of tourism), I was approached by an eleven-year-old boy who, patient with my bad Turkish, asked me who I was and where I came from and what I did in life and what was my name and how old I was, etc. etc., after introducing himself to me as the characters who came into contact with a foreign guest used to do in the Odyssey. He escorted me everywhere, chatty, curious, and very kind, to the borders of his neighbourhood, and then took his leave with a 'buone vacanze' that I still remember. I remember it because, curiously, I thought that a very young Homer, if he was really born there, would have behaved exactly like this, hospitable and politely curious, with a sailor from overseas, as if to feed in this way his own nascent imagination of poet.

Those of my trip to Ionia were the promising years in which it seemed that Turkey would soon be admitted to the European Union, thanks to a booming economy and because radical Islamism and nationalism, now resurgent, seemed to have gone into hibernation.

A few years earlier Ferzan Özpetek, with his successful film Hamam, had made us dream – through the eyes of a still young Alessandro Gassman – of the beauties and surprising delights of a country that was not yet rich but enterprising, opening up to the West. But still, the fascinating ruined Turkish bath mentioned in the title, which the protagonist intends to restore by abandoning his previous boring Italian existence, was in Istanbul, an already modern city, emblem of that Turkey that mirrored Europe. Completely different from the other, the one I came across in my brief 'reconnaissance' in Ionia, only a few years before the longest trip.

Seferhisar... the very name, sweet and gentle as a puff of wind, of this town whose waters were, the seismologists assure, the epicentre of the October 30th earthquake, still makes me wince. Because there I spent the first night when I found myself in a country that I hardly knew at all, of which I had read a lot in books, but only about the history of the past centuries and millennia. There was no noteworthy monument in Seferhisar, no flashy premises. Only a teeming, overwhelming vitality – and yet polite, graceful, which lasted until late in the evening in the small inns of pidè (Turkish pizza) and in the men-only Berbers, as if they were small clubs or social centres. In any shop or workshop, anyone would offer you strong, scented tea, for hospitality and kindness. And, unfortunately, there was almost no hotel in the Seferhisar of that time...

No mass tourism, of course, in fact no tourism at all... There I felt for the first time the alienating, but also a bit funny feeling of being in a place where no one spoke any of the languages ​​I mastered at the time: I remember that first peripheral, somewhat desolate hotel, where a shabby young porter with a harmless look, but with the disturbing name of Genghis, closed the door of our room behind him, leaving us speechless, looking at two beds only covered by a layer of foam rubber, with no hint of sheet. After a very hot early afternoon, spent trying to recover from the trip lying on that atrociously sticky bed, it was only on our return in the evening that we managed, gesturing a sheet (which is almost impossible, if you think about it), to save at least the night. Perhaps poor Genghis had simply forgotten about it. Or maybe, who knows, he thought that we 'barbarians' from the West didn't use it...

Samos seen from the Turkish coast - photo by F. Polacco

And then, a few kilometres further south, at the end of a promontory that is a national park, surrounded by greenery (where a decisive naval battle took place between the Greeks and Persians in 479 BC), there is Samos, the great island of the Aegean. It was also affected by this earthquake which brought together, willy-nilly, two nations that have returned today to the peak of the geo-strategic friction for the possession of territorial waters. It seems an almost inevitable political contrast, when you see that you can almost touch Samos from here. Just as, just a year earlier, lying in the sun of a Greek beach with white sand on the shore of the island, it seemed to me that the Turkish coast was just a few strokes away. With that rock surmounted by a lighthouse in the middle of the strait – who knows which of the two it belonged to – which invited you to undertake it, that crossing (which today many migrants make at night with makeshift means), promising you to be able to hoist yourself on the stones warmed by the sun, to refresh yourself a little, and catch your breath halfway. 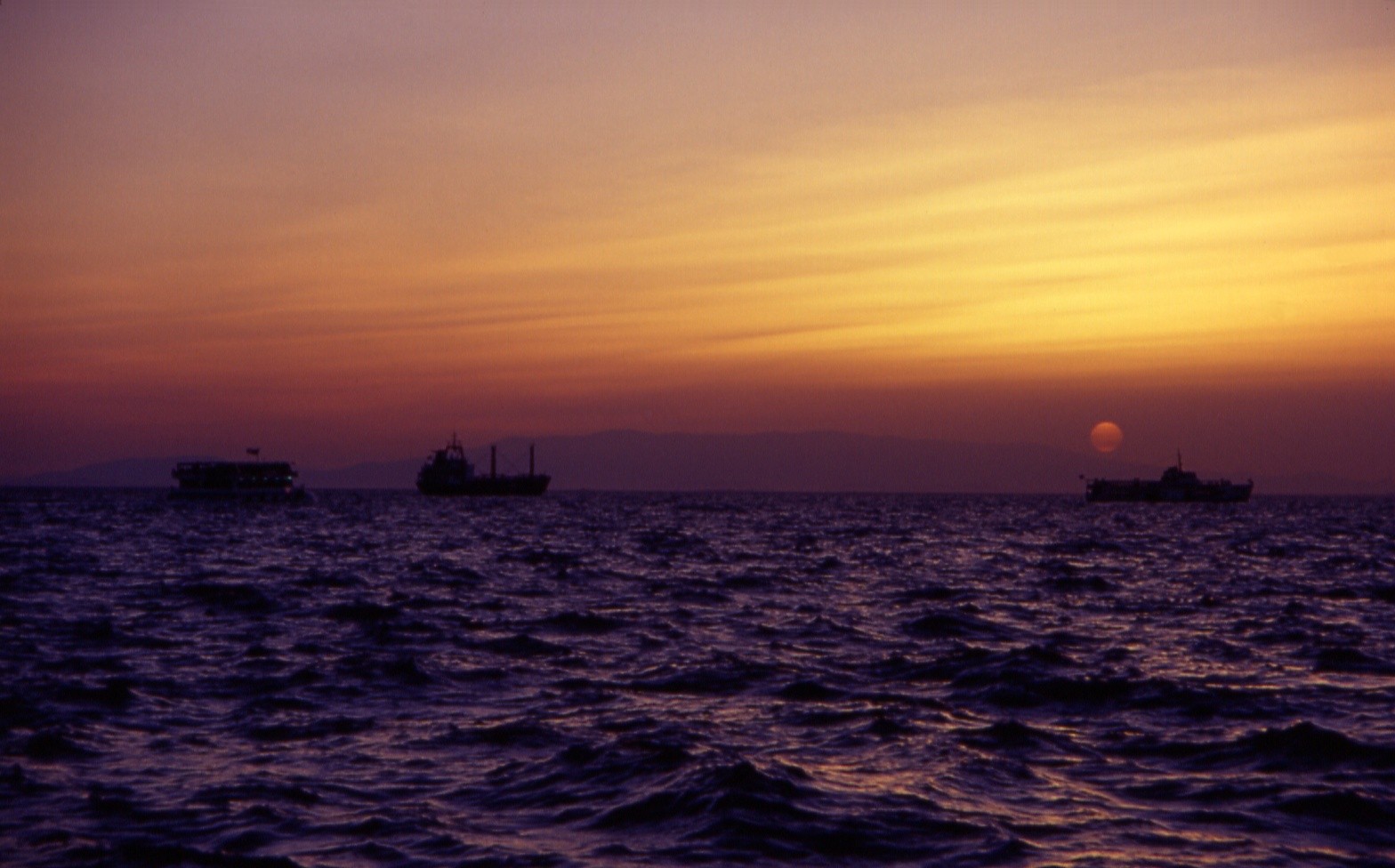 Sunset on the sea of ​​Izmir - photo by F. Polacco

But it was when I saw my first sunset from Izmir's waterfront promenade, the Kordon, that I had the ultimate illumination on Homer. Anyone who has read his poems knows that the sea is defined, with a recurring formula that scholars have always discussed, 'of the color of wine'. Well, while the palaces and hills of the metropolis behind me were tinged with pink, and the waters of the great gulf that touched them rippled under a cheerful, invigorating wind, here, as if for a sudden change of lights on an immense stage, the whole stretch of sea is discolored, just before the sun hides beyond Mount Mimante. And it is – as I hurry to photograph it to document that moment, that I understand to be unique – as I had never seen sea before: truly, 'the color of wine'.

Obviously, that Homer was born in this city recently plagued by the earthquake, with the culture and literature that have marked our small part of the world, are only impressions and suppositions. But archeology, history, politics, and current events are not impressions. And that in this agitated fault, that on these waters and between these lands a lot of us is at stake – because we are culturally 'born' here – is a fact that should never be forgotten – not even in times of pandemics, extremist-religious attacks, and conflicts over submarine resources and territorial waters called into question. Among these narrow stretches of sea, in the old alleys of Smyrna as well as in the sweet and warm nights of Seferhisar, the knots tangle, stretch, and absolutely must be untied that determine, for better or for worse, so much of our future as they did our past.

On October 30th, a violent earthquake of 7.0 magnitude with its epicentre in the Aegean Sea hit Greece and Turkey, killing at least 85 people and injuring more than a thousand. Most of the damage occurred in Izmir, off the Aegean coast of Turkey. A tsunami wave followed the shock.

The earthquake was felt up to Athens and Istanbul.