Taner Akçam: to talk about the genocide is good for Turkey 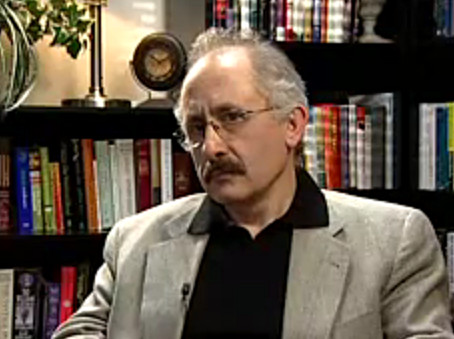 One of the first Turkish scholars to tackle the question of the Armenian genocide in an open and forthright manner, Taner Akçam thinks that overcoming the taboo of the genocide will also enable Turkey to strengthen its own role as a regional power

Taner Akçam, in Switzerland for a series of lectures on the theme, is presented in Geneva by Vicken Cheterian, an Armenian scholar and journalist. The symbolic significance of the scene is impressive. There are many from the Geneva community of Armenians in the audience, meeting to hear the Turkish professor who was forced to leave his own country for having asked the State to deal with the question of the Armenian genocide honestly.

His name, together with that of the winner of the Nobel Prize for literature, Orhan Pamuk, and that of Hrant Dink, the Turkish-Armenian journalist assassinated precisely for his position on the genocide, figure on a list of people considered a threat to national security. He is a traitor because he says aloud what he thinks about a tragic page from the past of his country.

Despite this, Professor Akçam was present at Dink's funeral, even though at high risk for his own personal security and possibility of arrest.

Akçam's approach is scientific and pragmatic and this does not please some of the Armenians in his audience. “He isn't doing it for us, he's doing it for his own people”, is heard murmured around the room in comments of annoyance on Akçam's lectio magistralis, which showed the link between the concept of Turkish national security and the taboo on the Armenian genocide. For Turks, talking about the Armenian genocide is the equivalent of putting their national security in danger. That is why the sentence in 2007 against Dink's Armenian-Turkish newspaper Agos, stated that the use of the term “genocide” could not be considered as freedom of expression, which in certain cases can be limited for questions of security and national interest. Denial of the genocide is so strong that it has even been incorporated in the legal system.

Akçam considers the idea that freedom of expression can be limited for matters of national security to be the fruit of a mistaken concept of political science and international relations, which opposes Realpolitik to morality, holding that the two concepts are mutually exclusive. This mistaken idea is far from being a Turkish peculiarity: one only needs to look at what has been done in the United States in the name of national security. The professor's thesis, on the contrary, explains the need to include morality in Realpolitik, in order to create truly safe and stable conditions. The morality, the ethical approach to historical injustices – which would also include the Armenian genocide – is not a threat to Realpolitik but its best guarantee of security.

The origin of the denial

In his talk in Geneva, Taner Akçam dealt with the origin of the Turkish State. He believes that the present concept of national security, like the Turkish identity, has its roots in the break-up of the Ottoman Empire at the end of the First World War. One of the reasons why the Turkish ruling class is so reluctant (to use a euphemism) to face the question of the Armenian genocide openly, is the historical continuity which ties it to the perpetrators of the massacre. There has not been that clean break which took place, for example, in Germany, between the Nazis who took the blame for the Holocaust and the new, post-Nazi Germany. The modern state of Turkey came about thanks to the direct action of the same people who dirtied their hands with Armenian blood. Yet it was Mustafa Kemal Atatürk who defined it “a shameful act”. What caused the Turkish nationalists to do an about turn after they had begun to try the assassins?

In his attempt to recover as much terrain as possible, Atatürk personally committed himself to show how serious the intent of the Turkish nationalists was to deal with the Armenian genocide. Atatürk's attitude had nothing to do with pietas. Legally prosecuting the perpetrators of the Armenian genocide was his bargaining tool for obtaining dignified treatment for a defeated power. This was a purely political calculation. A calculation which was revealed to be an error. The break-up of the Ottoman Empire, strongly urged mainly by France and Great Britain, was dictated more by colonial interests than by a desire for justice and the safeguarding of human rights. For this reason the powers of the Entente were reluctant to make concessions. Without suitable compensation – that is the recognition of the territory as a whole – the condemnation of the perpetrators of the genocide, in the eyes of the nationalists, lost its meaning.

Then a request, almost an entreaty, from Taner Akçam to the Turkish government: “Pick up from where your fathers stopped”. The nationalists had not prosecuted the perpetrators of the genocide exhaustively, but the massacre was not a taboo subject. In the state archives, Akçam found traces of at least 63 distinct military trials against those carrying out the genocide. In these trials the witnesses' surnames were all Turkish. “If we look at the documents in the state archives, we discover another history of Turkey. It is important, for the Turks, that these people who bore witness be honoured, that their names be known. We do not only have assassins, but also heroes.”

The need to correct a mistake, an injustice, according to Akçam, is directly connected to the need for stability in the region. The future of Turkey as a leader in the Middle East, a role it aspires to, especially after the changes in the past year, depends on the way it is able to settle the question. Turkish denial poses serious problems to security in the region. Armenians, Kurds and Arabs do not trust Turkey. “If they deny it, it means they can do it again”.

Akçam's reasoning does not just refer to the Armenian question of last century, but also to the more contemporary one of the Kurds: granting equity and social justice to the Kurd minority would automatically guarantee national security. Maintaining the opposite corresponds to creating a self fulfilling prophecy. In short, recognising the Armenian genocide is in Turkish interests. A non-democratic Turkey creates more problems than it solves: it is not so much a moral argument, as a practical one.

This shows the need for a new political elite which could lead to an awakening and change of course. Politically, a change of guard is indispensable. The founding fathers of the modern Turkish state are stained with the blood of genocide and the political class they engendered has held on to power for ninety years without a break. “How could they say they have lied for ninety years? Even if they did it would not work.” Developing a new national Turkish identity is necessary for the recognition of the genocide, the essential crossing point for a real democratization, not only of Turkey but of the whole region, Armenia included.

In this light, entry to the European Union becomes crucial.