Ethos: Turkey looks in the mirror 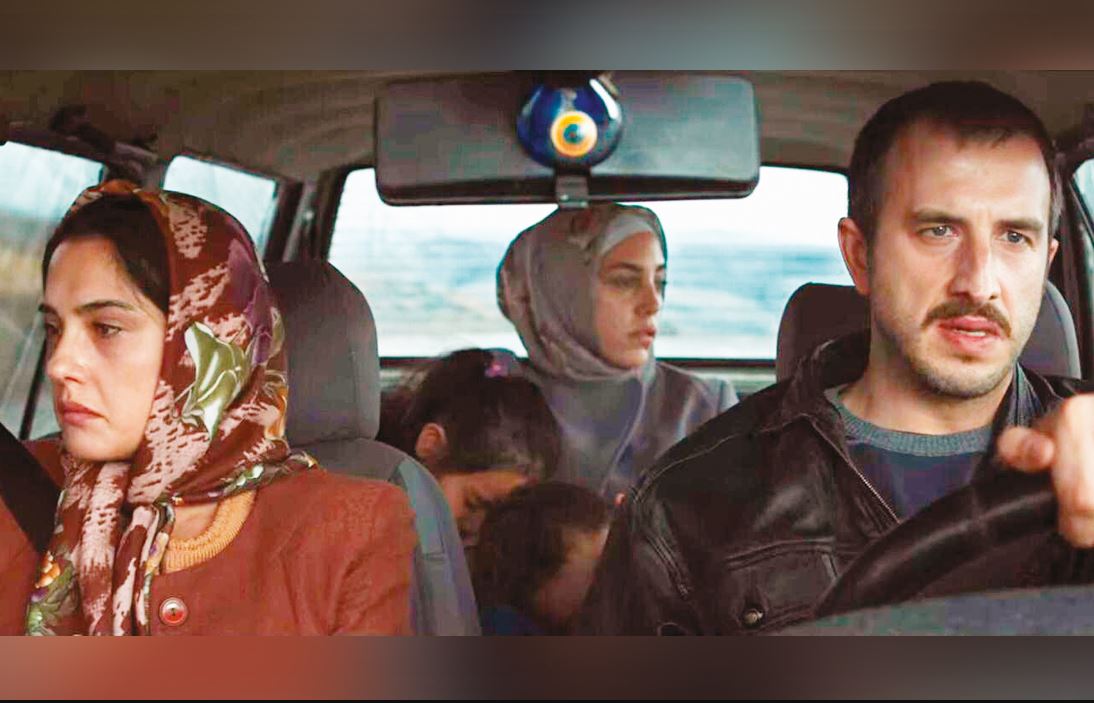 A still from the Turkish series Bir Başkadır

The Turkish TV series Ethos (Bir Başkadır), launched by Netflix, is enjoying enormous success in Turkey, but also abroad. Through its complex characters, the country looks itself in the mirror, suspended over the invisible moat that separates the religious part of society from the beyaz türkler – the westernised, secular "white" Turks

Two women look at each other. They are sitting one in front of the other. Their eyes are profoundly different – not in colour, but in the perspective of their gaze. Peri has cold brown eyes – with a forced smile she tries to persuade Meryem to speak. The other, with big blue, sweet eyes, asks embarrassed: "What should we discuss?".

Peri is a young psychiatrist from the most secular, "westernised" part of Turkish society. She grew up in a luxury villa on the Bosphorus, she studied in Europe, and she cannot stand religious people, like the girl that is now in her studio. Meryem wears a veil, lives in a country village on the remote outskirts of Istanbul, and gets on several public buses to be able to arrive on time at the place where she works in the city as a cleaner: the large apartment of a lazy, rich and overweight boy who tries to forget the boredom that devours him by sleeping with as many women as he can find.

Meryem is in Peri's studio because she has long been suffering from mysterious fainting episodes that make her life more difficult than usual. As the medical tests did not reveal any physical problems, she listened to the opinion of the doctors, who recommended a psychiatric therapy that she decided to undergo without informing Ali Sadi 'hoca', the respected Islamic spiritual guide of the village where she lives.

This is the opening of Bir Başkadır , the 8-episode Turkish series that looks like a novel and, after charming Turkey, is now starting to be successful in Italy too. Bir Başkadır is written and directed by Berkun Oya, a talented theatre writer who had already made himself known as the writer of another TV series that aired a few years ago: the socio-psychological thriller Masum (Innocent), a high-quality, captivating piece of work, if a little inconclusive.

Bir Başkadır, on the other hand, is a perfectly well-rounded feat. With rare cinematic beauty and a stellar cast, Berkun Oya has managed to create a collective therapy session where Turkish society can meet to finally discuss the many invisible walls that separate people accustomed to living in the same place and at the same time, but ignoring each other without knowing exactly why.

Bir Başkadır employs the abused topos of the confrontation/ clash between secular Turkey and Muslim Turkey to show how inadequate it is to read today's Turkey (and perhaps Turkey tout court) simply in these terms, as unfortunately almost always happens in the static simplifications regularly proposed by Western public discourse. Bir Başkadır shatters the superiority complex over religious people that still imprisons many beyaz türkler – the "white", westernised, and secular Turks – by flattering them with a self-congratulatory delusion which actually separates them from the rest of society and confines them to a windowless echo chamber that does not allow them to experience the complexity of Turkish society.

The deconstruction of this stereotype, which Bir Başkadır stages with splendid photography and an atmosphere worthy of the best auteur cinema, takes place in a thunderous explosion that leaves on the ground different fragments of a mirror in which anyone in Turkey can recognise themselves. The story is an absolutely authentic fairy tale, and for this reason the series has had a resounding success in Turkey and its characters have already become pop culture icons.

If the critique of secular, westernised Turkish society is expressed explicitly, as rarely seen in a Turkish series, Bir Başkadır does not fall into the trap of celebrating the religious part of society by reaction. The identities of the protagonists are fluid, as in the case of Hayrunnisa, the girl who takes off her Islamic veil to put on big headphones and listen to electronic music, dancing alone in her bedroom like Liv Tyler in "Stealing Beauty".

Bir Başkadır tells Turkey's complexities with delicacy and love, without sparing biting criticisms but also conveying the beauty of this society, often clouded by the vulgarity of politics that much of the Western press feeds on to sell more copies and attract clicks. Netflix features Bir Başkadır (which can be translated as "something other, different") as Ethos for the international audience. A choice that many in Turkey did not like because it loses the concept of otherness or diversity – from whom or what, it will be up to the public to decide – present in the original title.