The end of the Serbian mafia? 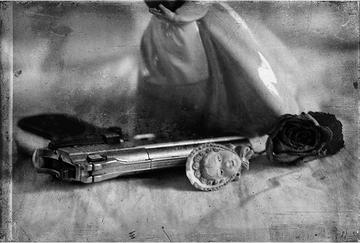 The arrest in Spain of four Serbian citizens alleged leaders of one of the most powerful criminal organizations in the Balkans, the infamous Zemun clan, has inflicted a heavy blow on organized crime in the region. But is it truly over?

“It is the end of the Zemun clan”, stated the Serbian Internal Affairs Minister, Ivica Dačić, upon hearing the news that four Serbian citizens had been arrested by the Spanish authorities. The President of the Republic, Boris Tadić, stated that ‘With this news we are one step away from winning against organized crime’.

Last February 9th, in “La Bodega de La Paz”, a restaurant in central Valencia (Spain), Luka Bojović, Vladimir Milisavljević, Siniša Petrić and Vladimir Mijanović were arrested. All of them are Serbian citizens, two of them (Bojović and Petrić) former “Arkan’s Tigers”, and all of them connected to the Zemun clan.

The Spanish investigators had been searching for Luka Bojović and his men for over a year and a half, also thanks to the Serbian and Dutch authorities’ cooperation. During last week’s action, in Bojović’s Valencia apartment, the Spanish police found an arsenal of 3 automatic assault rifles, 9 semi-automatic guns, chargers, ammunition and over a half a million Euros in cash. According to the Spanish media, the four men arrested are suspected of thefts, international drug dealing, money laundering and various murders. The Spanish Judge that ordered the arrest, Fernando Andrey, has initiated a legal prosecution against the four men for illegal possession of weapons, but both The Netherlands and Serbia have sent or are about to send the documents necessary for their extradition.

Luka Bojović: from “baker” to leader of the Zemun clan

Among the four men arrested in Spain, Bojović is the most interesting character. Luka Bojović, known as “the baker” for the bakery he had opened in Vračar, Belgrade, was also known because he is the son of Vuk Bojović, for many years the director of the Serbian capital’s zoo. He was actually one of Željko Ražnatović “Arkan”’s men and had been with him since paramilitary training. He was one of the most devout, among those who promised vengeance after Arkan’s assassination at Belgrade’s Intercontinental Hotel on January 15th, 2000.

Connected to the Zemun clan, Bojović was, however, deemed by the Serbian investigators to mainly be a logistician at the service of the members who had to flee Serbia after operation “Šablja”, following Đinđić’s assassination. The Serbian police arrested him in 2007 for possession of weapons and fake id documents. He was in jail for a while, but nobody charged him with organized crime.

Things changed, however, when in June 2010 Sretko Kalinić, known as “the beast” and an important “zemunac” sentenced for Đinđić’s assassination and on the Zemun clan trial, was arrested. Kalinić started talking and told that Bojović had ordered at least 11 murders, some of them key witnesses for the political murders that took place in Serbia during the 90s and afterwards. And that the zoo’s director’s son had in fact inherited the business of the Zemun clan in 2003, after the two leaders, Spasojević and Luković were killed during operation Šablja.

In September of 2010, Interpol issued an International arrest warrant for Bojović, while Belgrade’s Special Prosecutor against Organized Crime pressed incriminating charges against him in February of 2011. Bojović is then described as the leader of the Zemun clan from 2003 and is accused for being the person behind various homicides, in particular that of Branko Jevtović “Jorga” on October 30th, 2004, the attempted homicide of Andrija Drašković, when his body guard was killed on October 23rd, 2004, and the attempted homicide of Zoran Nedović, in 2004, when a friend of his was killed. According to Kalinić’s testimony, these homicides were part of Bojović’s revenge for Arkan’s assassination.

Politics and the work in the West

As Slobodan Georgijev wrote in a dossier for the Belgrade’s weekly Vreme in 2010, the other news on Bojović worth highlighting was his presumed connection with Vojislav Šešelj, President of the Serbian Radical Party (SRS), on trial at The Hague for war crimes. According to Vreme, the two had been connected since Šešelj - then ruling – saw to it that criminal charges against the young Luka be avoided. This connection was again center of the public’s attention when, in June 2010, the daily Blic broke the news that from The Hague Šešelj had ordered Bojović to kill Tomislav Nikolić, guilty of breaking away from the SRS to found another party, the pro-European Serbian Progressive Party (SNS).

In a Country where political assassinations were the rule until a few years ago, indiscretions of this type are to be taken very seriously.

The activities of the new leader of the Zemun clan, however, go beyond local politics. Investigators say that Bojović was active in Europe in drug dealing, prostitution and abductions. The Dutch police issued an international arrest warrant against him for the assassination of Srđan Miranović in Podgorica in 2006. For this homicide, another criminal is presently in jail: Miloš Bata Petrović, considered to be the leader of the Serbian mafia in The Netherlands. He apparently “liquidated” Miranović on account of him being member of the group of his most important enemy, Sreten Jocić, known as “Joca Amsterdam”. It seems it was Petrović from the Dutch prison to help the police find his friend and comrade Bojović.

Apparently, among the various allies of “the baker” there is one of the most known bosses of The Netherlands, Willem Vim Hollendeer, “famous” for abducting the multimillionaire Friederick Heineken.

The latest Spanish investigations, though, see Bojović connected to two important drug hauls on Spanish territory in May and November on ships coming from Argentina. The drug runners were always of Serbian or Montenegrin origins.

Šarić is about to fall, too

The European business of Balkan crime had become transporting cocaine from South America. That much had been clear since the Darko Šarić case, the Montenegrin boss from Plevlja who, according to the papers of the Serbian Prosecutor, was behind a load of 2.1 tons of cocaine destined to the European market and who was intercepted in Uruguay in November of 2009. Šarić’s group was active in many European Countries. In Italy, the ‘ndrangheta, who holds the monopoly of the distribution of the white powder in Milan, had completely entrusted itself with the “Balkan warriors”, as they have been called by the Italian police.

In 2009/2010, the band was almost completely routed thanks to joint operations of Serbia, the DEA (Drug Enforcement Administration) and other European police. However, Darko Šarić is still missing for the roll-call: he is deemed to be the mind of the group but it seems his days are numbered. The State Secretary at the Ministry of Justice, Slobodan Homen, has stated to the station B92 that Šarić is a target of the South-African authorities, who have asked the Serbian government to provide the necessary documentation to identify the trafficker from Montenegro.

The red thread of the Balkan warriors

Serbian dailies are filled with indiscretions on the possible contiguity between Šarić and Bojović. As the data collected by Belgrade’s Center for Investigative Reporting in its project “People of Interest”, one of the off-shore companies – typically used to clean money – registered by Luka Bojović in Delaware has the same address as one of Darko Šarić’s off-shore companies.

Not only: apart from Spain, apparently Bojović also frequented South America, where two other key characters in Serbian-Montenegrin lead-drug dealing operated: Dejan Stojanović “Keka” from the so called mafia of Novi Beograd and the same Darko Šarić.

Should these connections be confirmed, what would come out is not only a unity of purpose of Balkan organized crime but also a unity in origin: Željko Ražnatović Arkan’s paramilitaries and the Zemun clan, Milošević’s regime and the wars of the 90s. That is why we truly hope these are the last hours of the “Balkan warriors”.