Serbia: towards a regional truth on war crimes 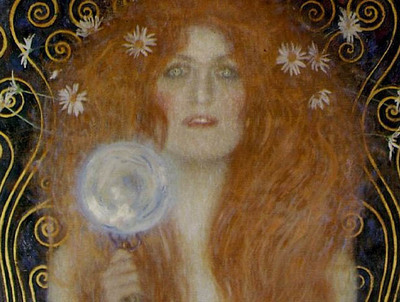 The work of the Office of the War Crimes Prosecutor in Belgrade, public opinion, and the initiative of a group of NGOs to create a regional truth commission. An interview with Bogdan Ivanisevic, consultant of the International Center for Transitional Justice

When the results of a poll that surveyed Serbian views towards justice and reconciliation, conducted by the OSCE and the Belgrade Center for Human Rights and executed by IPSOS, were released a couple of weeks ago, they caused a scandal. The survey showed that 65 percent of Serbs oppose arresting Ratko Mladic (fugitive indicted war criminal), and only 25 percent think he should be captured and taken to The Hague. In regards to the presumed guilt of the Bosnian Serb general, the percentages are the same: 56 percent think he is not guilty; 22 percent think he is.

The perception of justice for war crimes is also negative: according to the poll, 72 percent of Serbs have a negative opinion of The Hague, whereas 71 percent do not believe that it contributes to reconciliation in the region. Confidence in the local Prosecutor’s Office for War Crimes, established in Belgrade in 2003, is a bit higher, but not by much. 66 percent of the respondents believe that the Serbian judiciary has the capacity to handle crimes of war, but only 33 percent believe that the prosecution has the courage to open all the cases.

This is the milieu in which the “REKOM” (for “regional commission”) initiative has been proposed by a coalition of Balkan NGOs, envisaging the creation of a regional truth commission to collect testimonies from victims from all the countries involved in the war in order to finally reconstruct a complete and common history. The coalition relies on assistance by experts from the International Center for Transitional Justice (ICTJ), an organization focusing on justice and human rights issues all over the world. Osservatorio Balcani e Caucaso interviewed Bogdan Ivanisevic, ICTJ consultant who, in 2008, edited the first five-year report (2003-2008) on the work of the Office of the War Crime Prosecutor in Belgrade.

How does war crimes justice function in Belgrade?

There are good and bad aspects of the Belgrade Office of the War Crimes Prosecutor. If one looks at the numbers, it is a bit disappointing; there have only been six final verdicts in six years of work. It is also true that the office is completely understaffed. There are seven deputy prosecutors, in addition to the chief prosecutor, Vladimir Vukcevic, who are responsible for an immense workload. There are hundreds, if not thousands, of war crime suspects living in Serbia.

Another problem is that the Prosecution has little initiative. Very often, the cases are taken up by others and delivered to the Belgrade Prosecutor’s Office. Such is the example of the case of “The Scorpions” [Editor's note: an ultra-nationalist Serbian paramilitary group that aimed to ethnically cleanse the former Yugoslavia], where the active search for evidence and witnesses was conducted by the Center for Humanitarian Law and by Natasa Kandic.

The only cases where the Office is particularly active are those in which the indicted or suspects are non-Serbs. It would be better if the Prosecution would focus on its “own” criminals. I understand that, in some sense, the Prosecution operates in order to reassure Serbian public opinion, but this is not professional. Notwithstanding the fact that Serbian public opinion is not a neutral observer, as evidenced by the recent survey concerning Mladic’s arrest.

What do you think of the series of cases investigating journalists?

I think it is very difficult to make a good case on this. Even if there were journalists who were doing nationalist propaganda, I doubt that anyone ever said “go out and kill” the Muslims or the Albanians. It was primarily incitement of hatred towards the other, but this is not a crime of war. This also seems a case of attracting public attention in order to demonstrate how progressive we are, as if saying “You see? Not even The Hague has reached this point”.

Do not misunderstand me, the prosecutors know their job. The problem is the lack of initiative which is due to more than the fact that, as they point out, politics decides the Prosecution's budget. Let’s just say that the government is satisfied with one final verdict per year.

Some judges are a bit questionable because they have poor backgrounds in the field of criminal law, and some of the war crimes verdicts leave room for suspicion. For example, there is the recent verdict sentencing Ilija Jurisic to 12 years in prison in the “Tuzla Unit” case. [Editor's note: Jurisic, ex-commander of the Bosniak police, was accused of having ordered an attack on a unit of the Yugoslav Army, JNA, as it was leaving Tuzla on 15 May, 1992, despite the agreement for peaceful departure of JNA from the city].

During the trial, an expert analyzed a video of the attack on the unit and stated that the time difference between the first shot (by the Bosniaks) and the response (by JNA) was smaller than one second, that is, it was 0.60 seconds. This does not seem to be a response, but rather simultaneous action. In fact, it is more probable that they started shooting almost simultaneously. The verdict refers to this testimony but immediately dismisses it as if it were irrelevant even though it is absolutely decisive. This verdict implies that the court had already decided the verdict ahead of time and that its motive was the fact that the attack on the Tuzla unit was one of the crimes against Serbs. These crimes have been a subject of debate for 17 years and are by now in the national collective memory. It would be very difficult to prove the opposite to a Serbian court.

The court should not rely on such considerations; it should rule only in cases proven beyond every reasonable doubt, and this does not seem to be such a case. By this I am not saying that there was no crime; if the JNA unit was effectively attacked while leaving Tuzla after a previous agreement, this is a crime of war, but it is necessary to prove it beyond reasonable doubt.

How could the project of the REKOM Commission change things?

Should the commission be created, it would do things which the courts cannot do and it would contribute to the creation of a complete picture of the ex-Yugoslav conflict. As a government and multilateral body, it could be effective. Governments themselves would run the commission and promote it through mutual agreements, thereby reducing the risk of it being demonized. No one could say it was “anti-Serb,” “anti-Albanian,” etc.

It would take a strong grassroots demand in order to successfully create REKOM. To this end, a coalition of NGOs is organizing meetings throughout the former Yugoslavia in order to raise civil society awareness. The goal of the coalition is to collect one million signatures by the beginning of 2011 and to present them to the respective governments.