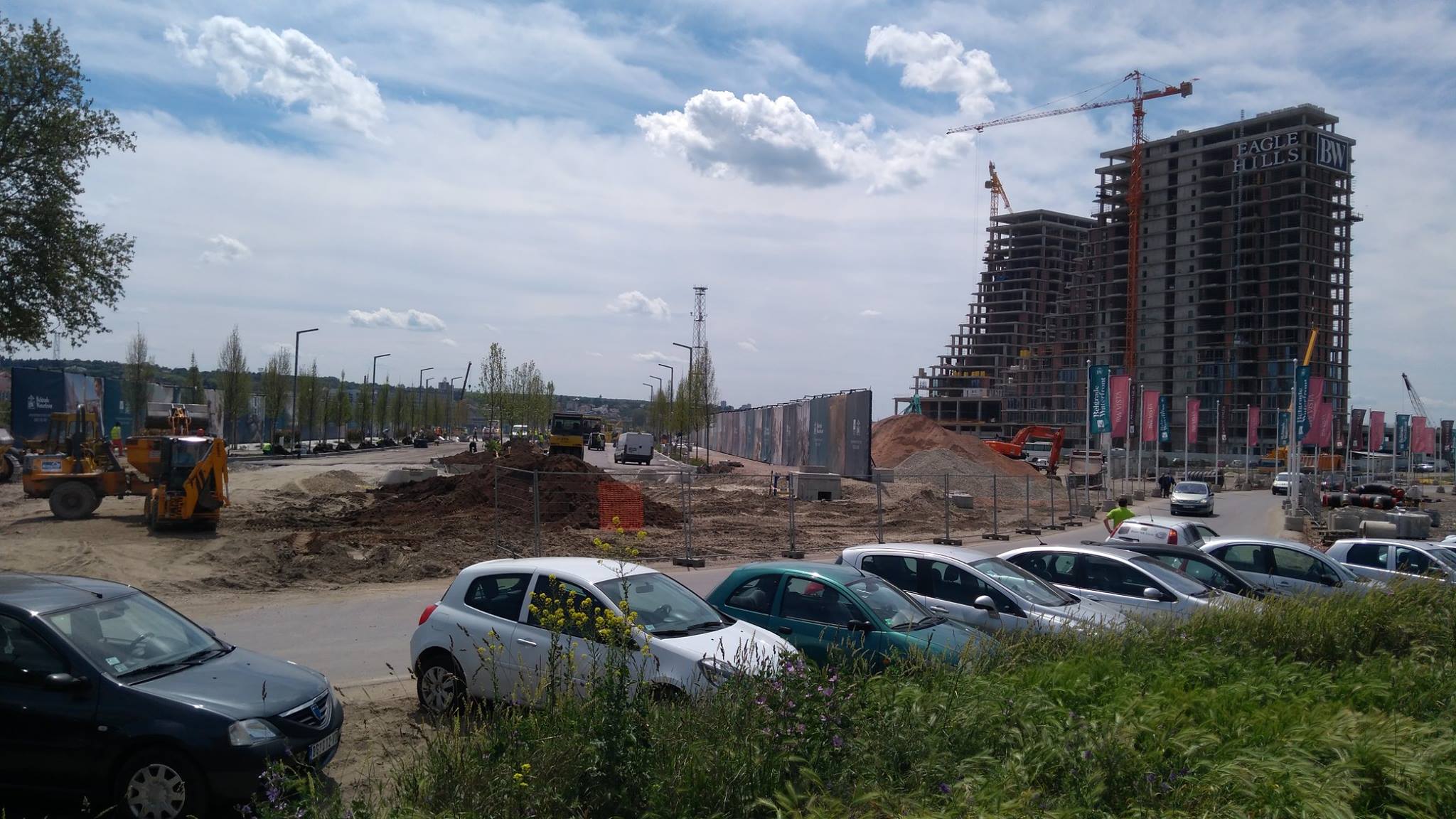 On May 11th, the barracks behind the Belgrade railway station, where hundreds of refugees stayed while stranded on the Balkan route, were abruptly cleared and demolished. An overview

The barracks in Belgrade where a large community of refugees lived no longer exist. Just over two weeks ago, the Serbian authorities, with a few days' notice, ordered their clearance and subsequent demolition. The occupants were transferred to the refugee camps that are now filling Serbia. The clearing was done without major accidents and without the authorities resorting to force, although the methods used were rough and coordination, as is often the case in these operations, was not optimal, creating uncertainties and anxieties among the refugees.

Evictions aroused comments and discussions, especially on social media, but – realistically – the situation in the barracks (which the author of the article personally visited) was degrading and dangerous for the occupants in the first place. Despite the efforts of many volunteer organisations, refugees were forced to live in precarious hygienic conditions and in complete illegality.

The shacks and the area of the railway station are part of the famous “Beograd na Vodi” (Belgrade Waterfront) project. In December, according to what I learned on the ground, it was planned to close the railway station and transfer it, given the progress of the construction of the new residential area. The clock was ticking for the occupants of the shacks and, as early as last summer, the Serbian authorities had clearly indicated they intended to close the centre and transfer the occupants.

Belgrade and the Balkan route

The dwellers of the shacks were probably one of the most problematic aspects of the refugee crisis. Most of them were fairly young men, mainly from Afghanistan, Pakistan, Iran, and Bangladesh. They were reluctant to seek asylum in Serbia, and local NGOs were still trying to legalise their presence by taking them to the police for registration.

When the Balkan route was open, until March 2016, downtown Belgrade was empty, refugees did not even pass by. Starting from the spring of 2016, when the route was closed, the Belgrade parks crowded with people sleeping on the rough and somehow trying to continue the journey. When the cold came, people spontaneously sought shelter in the old, abandoned warehouses behind the station.

In fact, Belgrade was and is still a hub or, as the refugees themselves say, a "point" where migrants and traffickers meet, to continue together. At that time, newcomers suddenly appeared, day or night, at the famous "afghani park": groups of 15-20 people were discharged by taxi drivers in the adjoining streets and then slowly went to the park where they received first aid.

In the park, the "games" took place, that is, negotiations to pass the border illegally. Also those who had tried to enter Hungary, but had been rejected came to Belgrade, often to treat the wounds caused by the Hungarian police – dog bites, beatings, and other forms of violence were common practice until fall 2016.

NGOs sought to provide assistance during the day, but this initiative was not welcome by local authorities and locals who repeatedly expressed their dissatisfaction.

A first attempt to clear the shacks failed in November last year – refugees, fearing being deported to Macedonia, refused to be settled in the camps. Then, authorities sought to limit the work of NGOs. The Ministry of Social Affairs "recommended" in writing to NGOs not to provide assistance to people in the cabins, not to act as a pull factor. In today's Serbia, a "recommendation" by the authorities has a weight far beyond the content of the letter, and the message was at least partially received – the larger NGOs curbed their efforts, while smaller ones sticked to their commitment and kept providing assistance and hot meals. 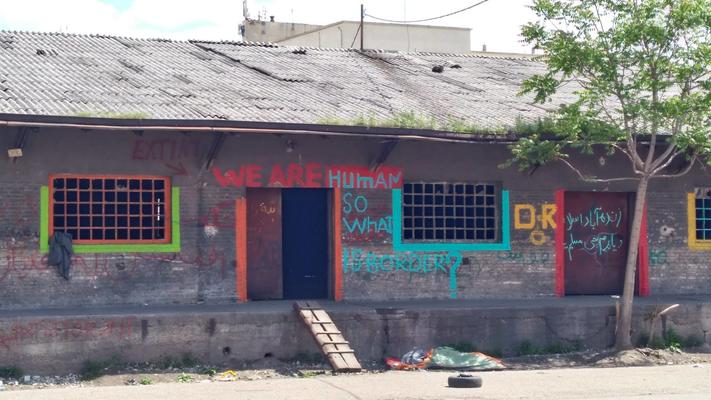 The situation in the barracks was dramatic. They were nothing but four walls and a roof, with broken glasses and doors – the only way to be sheltered from the cold was to set fires inside the buildings. Occupants went for wood by day, mostly disused railroads, and set fires inside by night. The smoke was acre as plastic burned with timber impregnated with oil and tar. Toiletries were non-existent, except for a can of water flowing nearby.

In early January, when temperatures fell to -20 and refugees and migrants lined up in the snow for a hot meal, wrapped in blankets, the situation in the shacks turned into a media disaster for the Serbian government. Media from all over the world immediately became aware of the government's "recommendation" to NGOs and of the fact that this situation was tolerated, or perhaps ignored, by the Serbian authorities. The letter of early November turned into a boomerang against the Serbian authorities, tainting the image of tolerant country that the Serbian government had wanted to promote during the refugee crisis.

The Serbian government, during the crisis along the Balkan route, had always maintained a policy of accepting refugees, at the same time requiring the financial assistance of European institutions to accommodate and feed about 6,000 people. Somehow Serbia, always worried about the negative image from the conflicts of the 1990s, wanted to exploit the refugee crisis to revive its international image as a tolerant, civil country.

Therefore, the January scenes and the negative media campaign pushed the Serbian government to act. In few days, decommissioned barracks in Obrenovac were reconfigured and about 900-1000 people were transferred there, where they could have hot meals, sanitation, and medical care. Nevertheless, the barracks continued to host 500-600 people.

With temperatures rising and media attention declining, the clearing of the shacks slowed down. New humanitarian organisations came to downtown Belgrade and the situation gradually improved, although conditions remained very problematic. Gradually, the number of occupants grew again, back over one thousand.

However, everybody knew that the situation was temporary, as the first towers of the Belgrade Waterfront, the ambitious and controversial urbanistic project that could radically change the area in a few years, loomed over the shacks.

An order from above?

At some point, a few days ago, someone in Belgrade's power circles ordered the demolition of the shacks. And the order must have come from really high places: the staff of the Commissariat for Refugees and Migration was present in mass to inform the occupants of the shacks, and places were immediately available across the various reception centres in the country. The clearance itself, initially scheduled for the second half of May, was unexpectedly anticipated, creating great psychological pressure for the occupants themselves, who woke up one morning with the municipal staff spraying disinfectant as they were told to clear the shacks at the earliest and without ceremonies. Rough methods, but without violence.

The occupants of the shacks were immediately transferred to neighbouring centres, including Obrenovac, Krnjaca (near Belgrade), or towards the border with Hungary, in newly-built centres funded by the EU and the UNHCR. Conditions in the centres, though not optimal, are incomparably better than in the shacks.

Centres are semi-open, i.e. people are not subject to a detention regime. One wonders why the Serbian government did not provide for the total clearance of the shacks in January, when it was most needed given the polar temperatures, and only proceeded now, following orders as imperative as mysterious.

Stuck on the Balkan route

There are about 7,000 people left in Serbia. Most of them (95% according to UNHCR estimates) are accommodated in reception and transit centres. Many left over a year ago from their countries of origin – Iraq, Afghanistan, and Pakistan – and found themselves stuck along the Balkan route. They cannot go to Hungary, as since the beginning of March every asylum seeker is detained until their application is examined. They cannot go to Croatia either, as every person trying to pass the border illegally is systematically rejected, including with violence. And going back is unthinkable.

Remaining in Serbia, however, is an unattractive option – the possibility of applying for asylum only exists on paper, and Serbian authorities do little to create an effective asylum system. Migrants themselves, on the other hand, do not appear interested in seeking asylum in Serbia.

So they remain, suspended in time and space, in a state of semi-illegality, waiting for something to change. Meanwhile, discomfort begins to spread, mainly among the people most worn out by the journey. In this scenario, the only hope to move forward lies the traffickers, the šverceri, who are making a goldmine out of the closing of the borders.