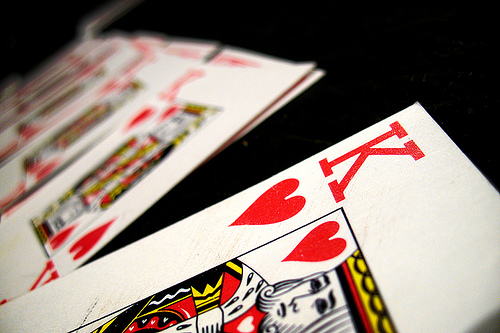 Last September, OBC had the chance to hear Sabrina Ramet introduce her paper, “Dead Kings and National Myths: Why Myths of Founding and Martyrdom are Important”, set to be published at the end of 2010 at the CEI International Summer School in Cervia (Ravenna, Italy). Here is what she told us

-“You don't vote for kings”

-“Well how'd you become king then?”

-“The Lady of the Lake, her arm clad in the purest shimmering samite held aloft Excalibur from the bosom of the water, signifying by divine providence that I, Arthur, was to carry Excalibur. THAT is why I am your king”

-“Listen, strange women lyin' in ponds distributin' swords is no basis for a system of government. Supreme executive power derives from a mandate from the masses, not from some farcical aquatic ceremony”.

And yet, as Sabrina Ramet tells her audience, dreams, angels, and myths do provide legitimacy for territorial claims, for dynastic transmission of power, and for the creation of hierarchies.

The life cycle of national myths

The genealogy and evolution of national myths is closely intertwined with the rise and fall of the political projects they support. Myths are not neutral givens, but historically and politically situated discursive tools – they change, and so does their interpretation. They can gain or lose popularity according to their functionality within a given political project. Furthermore, they are not monolithic – they come in many forms from among which one can choose. Different versions of the same myth can develop in competition, and newer versions of a myth can have elements of older ones.  Myths can mix historical facts and imagined contents, conflating the past and the present to create a realistic ideological product. According to Ramet, “many things can pass for us as kings.”

Sabrina P. Ramet (born in London, England) is a Professor of Political Science at the Norwegian University of Science & Technology (NTNU), Trondheim, Norway, a member of the Royal Norwegian Society of Sciences & Letters, and a Research Associate of the Science & Research Center of the Republic of Slovenia, Koper.

What are the primary functions of national myths?

Myths can be used by political elites to create collective memories, define what is good and what is evil, and promote or change values. They provide support to specific political projects – hierarchical ones – that, like religions, need some kind of ideological and emotional legitimization and are instrumental for the project's success. A political project that seeks equality is unlikely to rest on myths. A myth that is inclusive or can promote values of equality would hardly be relevant for nationalist political projects.

What is the difference between myths of founding and myths of martyrdom?

Myths of founding relate, of course, to the creation or conquering of a country by a heroic figure, while myths of martyrdom involve traumatic events in the collective past that leave a mark a country's national consciousness. The difference lies in the nature of the claims they entail: myths of founding usually support a claim to land, while myths of martyrdom tend to claim entitlement and respect. The difference in the central myth creates difference in the nature of a country's nationalism as well.

For example, the myth of the 1389 battle has made loss an integral part of Serbia's national sentiment and can thus be considered a myth of martyrdom. This myth was instrumental in ideologically integrating Kosovo into the Serbian national identity. And yet, just to illustrate the way myths are malleable towards political ends, the 1389 battle was fought by a multi-ethnic army of Bulgarians, Croats, Albanians, and Serbs.  It might just as well be used to foster inter-ethnic cooperation or eternal friendship between Serbs and Albanians, right? Although I would not hold my breath for that.

Do you think, for example, that 9/11 could be regarded as a collective myth of martyrdom for the US, considering the way it has been used for legitimating the wars in the Middle East?

No, because no important person was killed there. My theory of dead kings (or possibly queens) specifically refers to national myths that rely on the worshiping of charismatic political figures.

So, what does it take to be a nation's favorite dead king? Sabrina Ramet has staged her own sort of Serbian Dead King Contest.

What about Tsar Dušan Silni, the creator of the Serbian Empire in mid-14th century?

Well, there is that minor drawback of wanting to lead the Crusades and promising the Pope the country's conversion to Catholicism in return.

What about Saint Sava, whose statue dominates the Belgrade cathedral and every self-respecting tourist's trip to the Serbian capital?

His personality was perhaps too limited to the ecclesiastic dimension.

It takes both a sword and a cross, Ramet says, to be the lead character in a national myth. That leaves us with two final competitors: Stefan Nemanja and Lazar Hrebeljanović...

Both of them were king saints – warriors and religious men. Stefan Nemanja, founder of the Nemanjić dynasty, was the father of both Stefan Nemanjić, the first King of Serbia, and of the aforementioned Saint Sava, the first archbishop of the Serbian Orthodox Church. Thus, it is easily understood how, in terms of myths of founding, he ranks pretty high. Prince Lazar, on the other hand, fought and perished in the Battle of Kosovo in 1389.  According to the epic story, on the eve of the battle, Lazar was visited by an angel who offered him the choice between an earthly or a heavenly kingdom, choices that could lead respectively to peaceful capitulation or bloody defeat on the battlefield. And well, since everyone knows how that turned out, Prince Lazar definitely falls into the “myths of martyrdom” camp.

We have already mentioned how the myth of the battle of Kosovo is both an integral part of traditional Serbian national consciousness and a crucial element in its contemporary nationalist political projects. This is why, at least according to Sabrina Ramet, Prince Lazar is the lucky winner of the Serbian Dead King Contest. It cannot be by chance, after all, that his image features prominently on the bottle label of a famous Serbian wine.