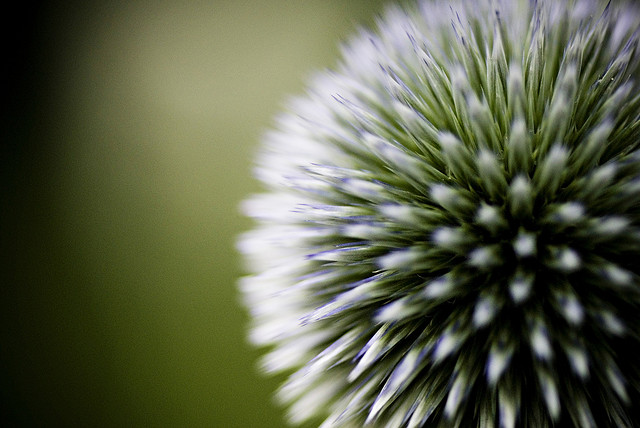 Many Circassians are calling for a boycott of the Sochi Olympics, saying the Games will take place on the same grounds where their people was ethnically cleansed by Russian troops in the XIX century. Interview with Fatima Tlisova, journalist

It is not the first time that a country with a history of conflict with the indigenous population organises the Olympic Games. It happened in Vancouver, and before that in Sydney. Canada and Australia saw in this event the opportunity for national reconciliation. Russia did not...

I am ethnically Circassian, and many Circassians are speaking of boycott, asking countries not to participate in the Olympics. This alternative is not my favourite. I would rather that athletes, entrepreneurs, all those involved, saw it as unethical to take part in the Sochi Games.

My family suffered during those long years of war. I grew up listening to the stories of my great-grandmother, terrifying stories. She told us that the river in her village was filled with corpses. Men, women, children... not even the dogs approached the river to drink. When the Russians were approaching the village, usually at dawn, about four o'clock in the morning, people knew they were going to arrive, because the animals began to scream – dogs barking, cows mooing, horses neighing, geese honking.

The troops would escort the wagons with the decapitated heads of Circassians, sent to the Kunstkammer in St. Petersburg as "items". And the animals felt the smell. I have heard this story from my great-grandmother, for us it is not ancient history. Krasnaya Polyana, the mountain where the Olympic competitions will take place, is a place steeped in blood, as proved also by the notes and reports of the generals who took part in the battles. According to a Circassian song, until the last cry, all those who could hold sticks – sticks, not arms – including women and children, all went out to meet the Russians, and they all died.

I visited the Circassian diaspora in all countries. I spoke to the elders, because I found that young people do not know our history. I asked the elderly why they have not told it to them. They told me that the story is so horrific and painful that they are afraid to push the young to revenge. And they do not want to endanger lives, too many have died already – so they explained their decision to break this circle of death. The Circassian diaspora, but also Circassians in Russia, try to protest in peaceful, democratic ways. They are waiting for a response from the Russian government to their numerous statements. In the end, all that is required is that the Russian government recognizes that it was a mass murder on an ethnic basis.

Today, the recognition of the genocide is perceived as a political issue, regulated by international standards... then do not say it's a genocide. It seems to me that Vladimir Putin and his team at the Kremlin do not represent the true Russian people. There are, among the Russians, wonderful people, who have a deeply spiritual approach, not only about the Circassian issue, but also against other ethnic groups. People who carry the burden of guilt in front of other people and handed it down from generation to generation, guilt before those their government crushed and destroyed over the centuries until today.

Until these people, the spiritual seed of the Russian people, do not repent before the victims of their government, nothing will ever change in Russia. Repentance is the main thing, the first step. They will have to do it. And sooner or later it will happen. I firmly believe in this.

Fatima Tlisova was among the first Russian journalists to obtain political asylum in the West in the Putin era. She was chief editor at Regnum and special correspondent for Novaya Gazeta. Tlisova was forced to leave her native country and her work as a journalist because of constant threats to her and her family. In 2007 and 2009 she testified before the U.S. Congress on human rights and freedom of expression in Russia. She has won numerous international awards.

For Canada and Australia, recognising the extermination of indigenous peoples was not an insurmountable problem, while Russia seems to lack the will.

It is not just a matter of will. If we speak of the masses, they are victims of propaganda. A propaganda made of dangers, threats, and enemies. It may be that, at the subconscious level, knowing all that the peoples of the North Caucasus have suffered by the Russians, they expect nothing but hatred, and so we are perceived as a threat. There has to be a part of the historical memory, of genetic memory, which blocks the recognition process. But sooner or later it will happen.

Seven years ago, if you ran a Google search on the term "Circassian", you would get a hundred results. Today, you get thousands. By now, it is no longer just a problem inside Russia. The diaspora is present in many countries, and it is numerous. There no longer is the opportunity to deny the very existence of the issue. The construction of the infrastructures in Sochi was a true work of denial and concealment. We were deprived forever of the opportunity to have one day a mass funeral, bury our dead, and build a memorial. Everything has been overwhelmed by concrete. Hundreds of corpses have been found.

One of the workers resigned because, while operating the bulldozer, he discovered a mass grave. Human bodies, bones, adults and children. He was in shock, trembling, as he spoke. We have no documentary evidence of the continuation of this war, yes, it is a continuation, a desecration! They ran over my people with a bulldozer for the second time. The worker resigned. He said: "I do no longer feel like working here".

Many Western anthropologists define this process as "hidden history", because Russia does everything to forget and erase it. You know the story of Imam Šamil' and his resistance, right? It's in all the manuals of Russian history, because it is about a fierce enemy who surrendered and recognised the greatness of the Russian Empire, thus conferring value to its victory. Šamil's story has been exploited for propaganda by Russian historians and politicians, since it lends itself to be used as testimony of what the Russians brought to the Caucasus, as their history says: history, education, culture. But with the Circassians, crafts, agriculture, culture, traditions, history – everything you read about in national and international publications was destroyed. How can one be proud of this? How to write about it in history textbooks, given that there is an unwillingness to recognize and apologise? Obviously it is not permissible. For this reason they call it a hidden genocide. Which, unfortunately, remains so. 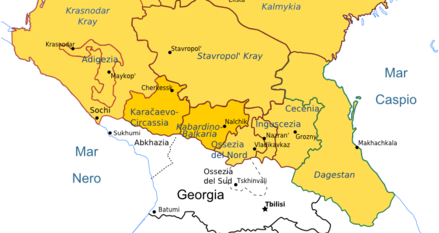 Do you think there are security risks for the Olympic Games in Sochi?

The security measures relating to the Olympics are linked to two names: Ramzan Kadyrov and Dokka Umarov. The father of Ramzan Kadyrov [current leader of Chechnya, ed.] was killed in an explosion in particular circumstances: the bomb was planted in the construction site of the Sultan Bilimkhanov stadium in Grozny, inside the wall where, just a year later, Kadži Achmad Kadyrov would sit. Many people died in the attack, including Kadyrov's father. It was a long-term project, planned in detail, which involved access to manufacturers, workers, materials, and the involvement of more than one person. The execution of such a plan requires the coordination of a group of people, significant resources, and meticulous planning.

Many reports bear witness to the chaos in Sochi during the construction of infrastructures. It is believed that Russian security services, in conjunction with international ones, can block terrorists out of Sochi during the Olympics and the preparation for the Games. Surely there will be enhanced security measures and the deployment of enormous forces. But what do we know of what happened during the construction? We know for example that a lot workforce came from Arab countries. I have spoken to international organizations for human rights. We know that, for a long time, workers were not paid, which means that they could be "inclined" to accept money from an interested third party, so to speak.

How come experts do not speak of the possibility of repetition of what happened at the Grozny stadium on May 1st, 2004? I personally consider it an absolutely real possibility. I say this not because I am in possession of some special information, I rely on the analysis of what happened in Grozny and Sochi. Dokka Umarov is very experienced and specialises in this type of operation. It should be noted, moreover, that we have heard of him very little over the last two years. No one knows where he is, there has been only contradictory information "he is in Ingushetia", "he is in Dagestan", "he is in Georgia".

We do not have reliable data on his movements over the last two years. We cannot rule out a complex, multi-layered, carefully planned operation. I find it hard to consider Sochi a safe place. Kadyrov can believe he is able to control and retain Chechnya's guerrilla groups. But if there were any movement, it was in the summer, because in the winter it is impossible to pass, passes are closed by snow. Any guerrilla movements occurred between May and September. The security measures introduced in Sochi from November onwards were introduced too late.