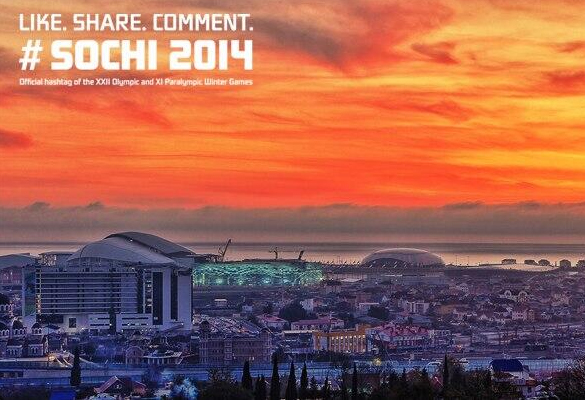 The Sochi Project, a digital tale showcased at the recent Amsterdam International Documentary Film Festival, is a powerful investigation into the next Winter Olympics, and on the human rights violations associated

The Winter Olympics in Sochi will be the most expensive ever organized, not only because they are to be held in a place with a sub-tropical climate, the warmest ever to have hosted the Winter Olympics, but also because they are the product of an “infinitely corrupt” system. This is what emerges from The Sochi Project , a report resulting from 5 years' work by Dutch photographer Rob Hornstra and writer and film director Arnold Van Brugen. The project was presented at the Amsterdam International Documentary Film Festival 2013, IDFA , in the interactive documentaries section, Doc Lab , and includes an exhibition and a book, An Atlas of War and Tourism in the Caucasus.

The XXII Winter Olympic Games will take place between the 7th and 23rd of February, together with the Paralympics. Sochi was chosen by the Olympic Committee in 2007 in Guatemala City, where Russia was able to assert its candidacy over that of Austria (Salzburg) and South Korea (Pyeongchang).

The Olympic Park, to host competitors and spectators, is situated 4 kilometres from the border with the self-proclaimed republic of Abkhazia, recognized by Russia after its conflict with Georgia in 2008, but which, according to Tbilisi, is still part of Georgia.

The Sochi Project describes the overall background, placing the Olympic event in its Caucasian context with an analysis covering the history, politics and geography of the region.

The centre of the documentary, however, focusses on the issue of human rights: outside the Olympic enclosure, in fact, human rights are worth little, and, since Russia won this candidacy, they seem to be valued even less.

In the eyes of The Sochi Project the deterioration of the state of human rights in the region is connected to the gigantic security operations involved in the 2014 Olympics. The total costs of security are estimated at 2.5 billion euro. “In the run up to the Olympics – reads the doc - the security forces have had a free hand in the Northern Caucasus. An attack on Sochi is to be avoided at all costs. Organizations for human rights and lawyers are working night and day. Young people in particular are disappearing, being kidnapped or imprisoned on the basis of false accusations.”

The terrorists too have increased their threats and attacks. Doku Umarov, self-proclaimed leader of the guerrilla war against Russia and its allies, referred to the Sochi Olympics a few months ago in a message in which he asked all militant Islamists to stop the “Satanic Games”, and Caucasian militants involved in Syria are returning to the area.

The analysis of the next Winter Olympics, however, draws our attention to yet another aspect. Sochi had not one structure in condition to host the Games. Everything has been built from zero: the buildings due to hold the skating events, for example, are extremely modern, looking like space ships, and “the most expensive road in the world” has been built to link Sochi to the ski slopes in Krasnaya Polyana. But, most of the workers employed here have no contract, work in appalling conditions and often are not even paid.

The press agency B92 has recently shown up the dramatic situation of a group of Serbian workers there, living in slave-like conditions. These 27 people, builders, electricians and carpenters, coming from various parts of Serbia, were taken on by an employer from Niš on behalf of the Russian firm Novi Gorod. Relieved of their Identity Cards, they were put up in a temporary building on the border with Abkhazia and work in dangerous conditions, without pay. Those who tried to leave were arrested by the police, having no documents. One of them, Zdravko Lovrić, told the press agency that when the workers protested after a death on the site and asked to return home, “we were told we had to stay until April. When we tried to strike, we were told, if we continued, we would receive neither pay nor food.”

The Serbian agency says it is mainly the subcontractors who impose these pressures on the workers. The recruitment and blackmail seem to be increasing as the need to complete the work in time for the inauguration grows.

Hornstra and Van Bruggen show that the overall cost of the Games is now 4 times the initial estimate (12 billion euros), being over 50 billion. Before Sochi, the most expensive Olympics ever held were those in Beijing in 2008. Sochi has exceeded this record, despite the Winter Games being smaller than the summer ones.

Boris Nemtsov, a local opposition politician, interviewed by the Dutch journalists, has supplied an explanation for this record. It is normal, he says, for the costs for such an event to double, such that an initial budget of 12 billion becomes 24. But the other 26 billion are absorbed in corruption. Mechanisms are explained to The Sochi Project by a local entrepreneur. In Moscow a firm with good political connections wins a contract. This firm then subcontracts to another firm, often Turkish, which is more efficient and cheaper, withholding the difference. So the chain continues, with money creamed off at every stage. At the end of the chain are the workers in conditions of semi-slavery. Hornstra and Van Bruggen interviewed several of them, some in 2010 after one of the building workers' major revolts. The photos of their living conditions are eloquent enough.

One of the principal beneficiaries of the Games seems to be the President of the Russian Railways, Vladimir Yakunin, who won the contract for building “the most expensive road in the world” from Sochi to the Krasnaya Polyana ski slopes, 48 km, costing 6 billion.

Neither has the environment been spared in the region's precipitate development aimed at ensuring the facilities are ready for the Games. Local ecologists told The Sochi Project that several rivers have been diverted, ski slopes have been constructed on sites protected by Unesco and refuse tips made in vulnerable areas.

Among the citizens protesting was Alyk Le, the leader of a group of environmentalists, interviewed by the Dutch journalists: “This is the private project of Putin and a few oligarchs. Thousands of people have been forced to leave their homes and land. We appealed to the International Olympic Committee, but haven't had an answer.”

Boris Nemtsov, now running for mayor at Sochi, summarizes the paradox of these Games like this: “The Winter Olympics in 2014 are turning our seaside resort upside down. Literally. The summer resort is being turned into a winter destination. When Putin decided to enhance his international standing, he spent a few hours bent over a map of Russia, and ended up choosing the one place without snow. He could at least admit his mistake.”