Romania: tug of war with Enel 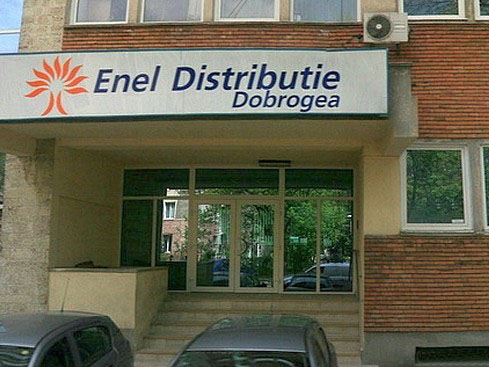 The energy game in Romania is entering its hot autumn. Enel announced plans to sell its assets in six distribution companies, purchased just nine years ago in the massive pre-accession privatization spree.

The news did not please the Romanian government, which immediately asked Enel for over 500 million Euros in compensation, on the basis of a purchase clause signed by one of the companies. The formally friendly tones appear to cover a strong diplomatic stand-off between Bucharest and Enel, a very strong ally and business partner of the past.

A visit to Rome

Romanian Minister for Energy Razvan Nicolescu, officially visiting Rome for the meeting of the European Agency for the Cooperation of Energy Regulators (ACER), met with Enel's top management on two occasions in two days, first separately and then with his Italian counterpart, Federica Guidi.

Nicolescu was clear: "Enel must be fair with Romania". A not-so-veiled message to Enel that, in order to make some cash (it expects to generate about 4.4 billion dollars from sales in Romania and Slovakia), launched on the market assets that for Bucharest remain strategic.

"I met with minister Guidi and discussed many issues, like cooperation at European level and also a bit about Enel”, said the minister. “I also had a working dinner with the leaders of the Italian company. I have taken note of their priorities and I presented our government's. We are particularly interested in the purchase of the shares of one of the distribution companies, Enel Distributie Dobrogea, which is located in an area full of tensions on the border with Ukraine and neighbouring Russia".

Enel owns 51% of the shares in the distribution company, and Bucharest stressed its priority for these assets not to end up in foreign hands. The Romanian Government recently amended the law on the purchase of privatized companies by the state, precisely to allow the Electrica company (owned by the state) to buy the shares.

The Enel universe in Romania

Overall, Enel holds the majority shares of six companies that operate over 90,000 kilometres of power networks in Romania, with revenues totalling 1.1 billion Euros. These figures have attracted other suitors, first of all the Chinese, that Bucharest is welcoming with open arms in the energy sector, with the enlargement of the Cernavoda nuclear power plant as well as hydro-power projects.

"I pointed out that this asset (Dobrogea) is of strategic importance to us, as it is closely related to our national security”, said the Minister of Energy. “I also told Enel that the Romanian government has already discussed the matter with some potential buyers, but that we promote first of all Romanian companies interested in Dobrogea. Our companies are able to bid on this strategic asset".

Nicolescu did not want to name names, but they have been on everyone's lips for weeks: "There are several companies with good financial potential that are interested, and we - as a government - informed Enel that Dobrogea is of particular importance for us", said Nicolescu. Between the lines, one can read the interest of Electrica, which capitalized € 450 million with the IPO on the London Stock Exchange and, on the other side of the fence, of the Chinese State Grid Corporate.

Enel said it would like to seal the deals by the end of the year, but Romania is ready to put itself in the company's way if its priorities are not met: "We have always had good relations of cooperation with Enel, if they want to continue to invest we will be pleased, but if they want to opt out, I politely asked to take our interests into account and show respect for the Romanian Government, we have been a very loyal partner in these years and deserve respect".

Many words to remember one of the many issues at stake: in the aftermath of Enel's announcement, Bucharest had announced the use of international arbitration against Enel, demanding the payment of over 520 million Euros in relation the privatization of Electrica Muntenia Sud, one of the six companies. The Romanian government had declared its intention to resort to the International Court of Arbitration of the International Chamber of Commerce in Paris to ask Enel "the payment of 521.583,000 Euros". So, this is one of the possible cards to play at the table.

In 2005, Enel bought the branches of the public electricity distribution company operating in the west and south-east of Romania. In 2008, the Italian group took control of Electrica Muntenia Sud for 432.9 million Euros. According to the government, Enel, owner of a 64% stake, has "an obligation to purchase, in whole or in part, a market share of 23.57%" of Electrica Muntenia Sud, still in the hands of public company Electrica.

Enel's sudden exit was not appreciated in Romanian business circles either. There has been talk of "cutting a poor figure" for those who make long-term investments and do not "hit and run". Sources familiar with the matter, however, have pointed out that the harsh tones used by the Romanian government are more likely related to the campaign for the presidency, that involves directly premier Victor Ponta, the favoured candidate. Letting Enel's exit go without raising his voice would have been an own goal.