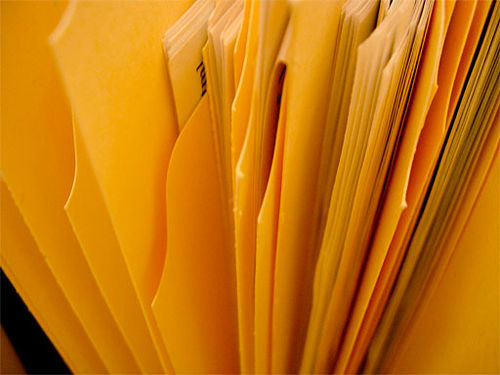 In Macedonia, the process of dealing with the communist past of the country is becoming more and more to resemble a reality show. Lists of former secret service agents are published on the internet, civil servants are removed from office, new categories of citizens end under screening. But some warn that privacy and civil rights are at stake

On the eve of 3 August, Macedonia's “lustration commission”, the body responsible for purging communist-era secret service agents from the public sector, published the first list of former spies, or believed so. Amidst a public row, 11 files went on the commission's web page .

The “launch” was hesitant. Files were uploaded, then removed, then re-loaded. Eventually they were made public. Everyone in the country could read details from the files of the people declared collaborators of the communist secret services. In the following days, the media published extensive stories of who reported on what and on whom: the activities of foreign students, dissident intellectuals and artists, the work of foreign governments. This completed the desire of the right-wing, VMRO-led, government to make the lustration “more transparent”. Under the previous law, the lustration commission could not make details concerning collaborators public.

There were no reports of similar lustration practices elsewhere, so it could be assumed that Macedonia is the first country to go this far in the process of dealing with its communist past.

Many warned that the current law could cause terrible privacy violation issues, not just for the collaborators, but for the victims and many others. Even though the names of persons mentioned in the files who are not relevant for the lustration are being deleted, observers commented that their privacy could still be violated since many would be able to infer their identity from the context, as in the file making reference to an embassy clerk having an affair with a colleague.

Several experts, on the other side, claimed that the publishing of the files reveals too much detail about the work of Macedonian secret services and that it undermines the country's security. Some of the events reported in the files related to the armed conflict in 2001, or even later, given that the lustration law covers the period up to 2006.

In the continued conflict between the government of Prime Minister Nikola Gruevski and the Constitutional Court, the issue of the law's span was one of the more controversial ones. Twice the Court repealed articles concerning the law's extension after 1991 (the beginning of democratic transition) and both times the government expeditiously pushed through parliament amendments to the law effectively reverting the court's decision.

Other directives outlined in the latest version of the law, in addition to the online publishing of files, concerned the categories of persons to be checked, the evidence needed to declare someone a spy, as well as the right to appeal. Common to all these recent revisions, adopted mid-July, however appears to be the law's increasing disregard for civil rights.

Some categories, such as NGO activists, journalists, and priests, were omitted in the most recent version of the bill, after the Constitutional Court said last March their purging was unconstitutional. However, others were included. Contrary to the Court's previous decision, the new law says that all public officials, current, as well as former (all the way back to 1945) have to file a statement (of their non-collaboration) with the commission. This also includes, among many other, attorneys at law, public notaries, as well as university professors. The other news is that the law also extends lustration to persons who have benefited from the privatization of state-owned companies in the 90s. So broad are these categories of potential lustrati that commission members themselves do not know how implementation will look in reality.

The other sad news for civil rights is that the law lowers the bar concerning the evidence needed to declare someone a spy. The previous bill required stronger evidence such as a signed statement of consent or similar, whereas the new law would consider any evidence indicating a “secret, deliberate, organized, and continuous” collaboration with the secret services.

The other restriction introduced with the new law is that the right of appeal, unlike under its previous version, does not stop the effect of the commission's decision. The moment the lustration commission declares someone a collaborator, his or her public service ends immediately.

“This law was meant to be a condemnation of a past system when people went to jail without due process, but we are now doing the same” argued a 'rebel' commission member, Cedomir Damjanovski. Damjanovski voiced his concern in June, back when the law was being reviewed in parliament, stating the belief that the move would lead to massive civil rights abuses.

Like everything else in Macedonian society, the lustration body is also divided along partisan lines. Its president, Tome Adzievski, is by many perceived as a government puppet. Members seconded by opposition parties are often in disagreement with him and his supporters. Damjanovski is one of several commission members who often disagree with its president. The work of the commission is rife with conflict. The new law has also tried to produce a solution for dealing with dissenting commission members: its new rulebook limits discussion time at three minutes per member.

Many observers agree that the lustration has become a ruling party tool for discrediting political opponents. Some of the most public and controversial cases involve prominent government opponents, or perceived so, such as the former president of the constitutional court Trendafil Ivanovski, the director of the Soros Fund in the country, and the well-known theatre director Vladimir Milcin.

In addition, the law is becoming cruder and ever more restrictive on civil rights. “Think also of the victims” commented a ruling - VMRO official. That is a fair argument. But old wrongs will not be corrected by doing new ones, and the latest lustration law does not involve sufficient guarantees to prevent that from happening.

On the day the lustration commission started publishing files, it received a visit by the United States Embassy. Many observers interpreted this as a message by the US that it is monitoring what is going on. The European Union has so far been a mostly silent observer.

The more lustration drags on, the more it looks like a smear tool in the hands of the government, controlled by partisan interests like so much else in the country. So far, it seems clear that Macedonia does not have the capacity to manage this process fairly. It is, however, nowhere near finished.