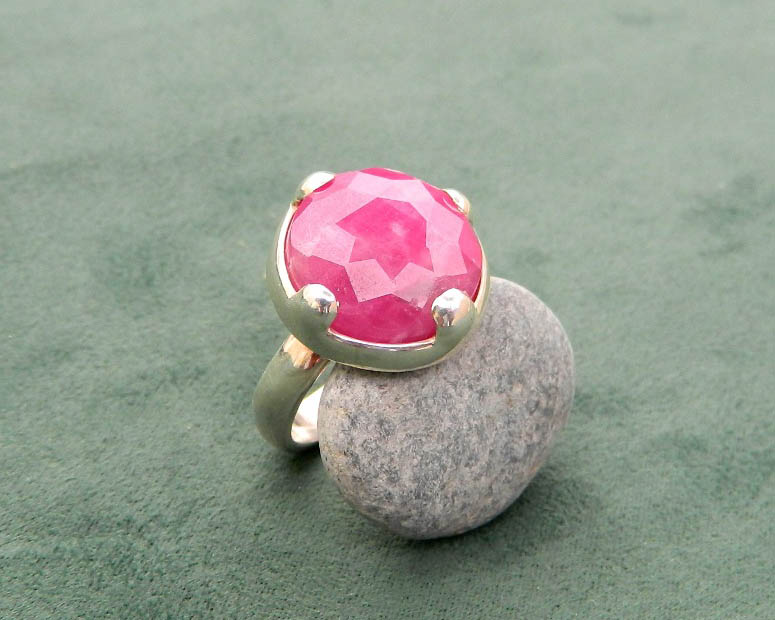 A keyboard player in one of the major Macedonian punk rock bands of the 80's, Badmingtons, is now promoting a unique project and a national brand: the Macedonian Ruby. The story of Dejan Škartov, better-known in Skopje as Deko

What is the Macedonian Ruby?

It is a natural mineral, a natural precious stone. It has been categorized and defined as early as half as century ago, but until very recently we did not know we had it. We are discovering it only now, and this is part of the excitement...

Is it a precious or semi-precious stone?

It is a precious gemstone. There are quite a few “national” precious stones, such as the Australian opal, the Czech granat, the Chinese jade. Technically, they are all precious stones, there is no stark division between precious and the so-called semi-precious. The difference is primarily in price.

Why is this ruby Macedonian?

Because it comes from here. Most rubies come from Africa and Asia, the best ones coming from Sri Lanka and Myanmar, also India. You can find small quantities, or random samples, anywhere, but there is reason to believe that our ruby deposits are significant.

Where are our deposits? 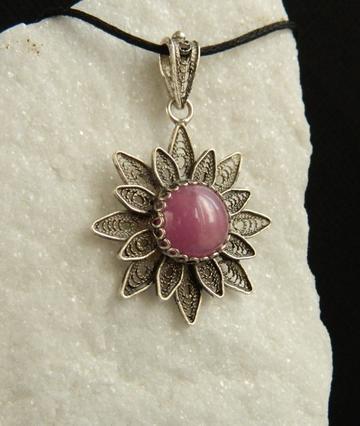 In the southwest of the country. It is found random in this area in the form of a stone, a small rock. After cutting it gets the form which is used in jewellery. Very few people know about it, only a few geologists or collectors, often foreigners.

It all started some 20 years ago, when I was working for a big collector in Trieste, Primo Rovis. Mr Rovis was a rich businessman in the coffee industry, who at some point got fascinated with minerals and decided to compile a large collection. Back then, I did not know anything about stones. I am an agronomist by vocation and was primarily interested in the biological world. I was only yet to immerse into the universe of minerals, their crystal shapes and rainbows of colour. One of the fascinating things about gems is that all this colour is created in the darkness of the earth, they bring all this light without having ever seen the light of day. The other fascinating thing is the fact that they are created over millions of years, in some cases hundreds of millions. This dimension of eternity that struck me.

When I returned to Macedonia in 2001, I wanted to continue what I had learned. I brought a large amount of minerals with me. I first started presenting them at fairs. People were amazed. We had generally very little knowledge of stones in Macedonia. Back then every green gem was considered jade, every light-blue gem was turquoise. I started also doing consulting, but I still did not know about our minerals.

When someone first mentioned to me that there were ruby deposits in the country, I was skeptical. Then, I started exploring. I got several samples, I took them to contacts I had in Italy to asses them. They confirmed they were rubies, not the highest quality but nonetheless rubies. You see, precious stones are like sports cars. Your Ferrari may be old, or second-hand, but it is still a Ferrari. I realized that we could promote this as a national product. The ruby is a challenge to cut, since it is the second hardest mineral after the diamond, but by 2006 we had the first several gemstones called Macedonian Ruby in our store window. By 2009 we completed the procedure for registering it as a trademark.

What are your plans for the future?

We naturally expect a larger scope and a larger turnover, but we also want results in terms of promoting this national brand. We would like that all tourists who come to Macedonia get to know about our ruby. We are also working to protect it. In the past, foreign collectors would buy large quantities from locals and take them out of the country. I am one of the initiators of changes in the legislation on mineral resources, aiming to restrict this from happening. We loose huge resources with uncontrolled exports.

What support do you have from the institutions?

Generally very little, but some institutions started recognizing us when thinking of suitable presents for distinguished guests. For example the Film Fund bought them for Daryl Hanna and Catherine Deneuve, guests at the Bitola Film Camera Festival. The office of the President presented a Macedonian ruby to the Emir of Qatar on the occasion of his visit to the country. We recently got a grant from the Ministry of Culture to produce a catalog. Overall, however, more institutional support would be welcome, since this is also about promoting our country.

What is the difference between the Macedonian and other rubies?

Its colour. The Macedonian Ruby has a specific raspberry-pink colour, while the most famous ones from Asia usually have the so-called pigeon blood colour. The more lower-priced, regular rubies have a dark cherry colour. What is typical of our ruby is the pink. We want to build on this to further brand it. One day, this shade of pink will be called Macedonian Ruby - pink (smiles).