Montenegro's young politicians on the rise 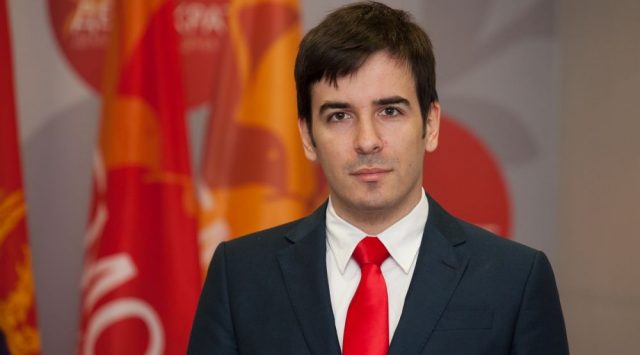 An interview with Vladimir Jokić, 29, mayor of the historic city of Kotor and member of the newborn opposition party Democratic Montenegro

Vladimir Jokić, 29, has been since last fall the mayor of Kotor, a historic Adriatic port that developed in the shadow of Venice – a magical place, that became a Unesco site thanks to its artistic heritage and amazing geographical location. We met Jokić in Pescara on the occasion of the Forum of the Adriatic and Ionian Chambers of Commerce , where he intervened as outgoing president of the Forum of the Towns of the Adriatic.

Let's start from the national sphere, with the contested results of the last election, won by the Democratic Party of Socialists (DPS) of the outgoing Prime Minister Milo Đukanović. You, a fierce opponent of the DPS, have become mayor of one of the country's main cities. After decades of "single party" politics, has democratic turnover started to work in Montenegro?

In addition to the legislative elections, municipal elections were held in some towns on October 16th, 2016. In Budva and Kotor our party, Democratic Montenegro (Demokratska Crna Gora ), managed to elect the mayor. With 10% of the votes and 8 MPs, we are the country's second political force – not bad, if we consider that the party was launched two years ago. This is good news, but we are still far from full democracy. According to us and to the other opposition parties that are still boycotting the Parliament and calling for new elections, the elections of October 16th did not take place in a lawful manner.

This is quite a strong statement: on what facts is it grounded? How can rejection of parliamentary life help democracy?

As I see it, refusing to take part in that kind of Parliament is one of the best possible democratic gestures in the Montenegrin context. Now, you would be right in asking me how we cannot recognise the national results when the same elections gave us the government of two major cities. Since we are in Italy, I will try to explain my position with a soccer metaphor: if the defender prevents a goal by committing a foul, a corrupted referee can pretend he did not see the foul. However, if the attacker manages to score despite the foul, the ball is inside – the referee cannot but recognise it. In Budva and Kotor the ball is in, but this does not mean that there were no fouls to our damage.

Can you consider regular an election where the government suspends Viber and Whatsapp, spreading the fear of a coup? There is no evidence of false votes, but this would be the least of our problems, since it is attested that the majority party threatened to fire those who would not vote for it. Finally, according to our electoral law, citizenship is not sufficient to be entitled to vote – one must have lived in Montenegro for at least two consecutive years; people voted in violation of this rule. Yet, I repeat, the main issue was the atmosphere of fear. With polls open, there was talk of a coup d'état but, as soon as they closed, the electoral commission was quick to define the election "regular". The machination was apparent.

According to your reconstruction, you are a local leader who won against a national government willing to do anything it can. Do you feel in danger?

No, not personally, but before the vote the atmosphere was intimidating at the local level too. I saw with my own eyes a policeman from the town of Herceg Novi drive around with a sign that invited citizens not to vote for us: "They are bad people doing their own interests". He was not in service, but he was still a cop, and as such recognised by citizens. See, for 27 years, basically since I was born, Montenegro has been led by the same people. They have no political ideals, they are just accustomed to power, and they do not want to share it. They speak of the nation, of the "outer enemy", in the Nineties they sided with Milošević.

I think that, despite the machinations, we win and we are growing because we belong to another generation – we no longer want to talk about the Nineties, we want to live like any other country in the world. We are a small and beautiful country. Montenegro is a wonderful land, for me it is the most beautiful country in the world. There are 600,000 of us, we could live like San Marino, but we are stuck in some sort of political prison. 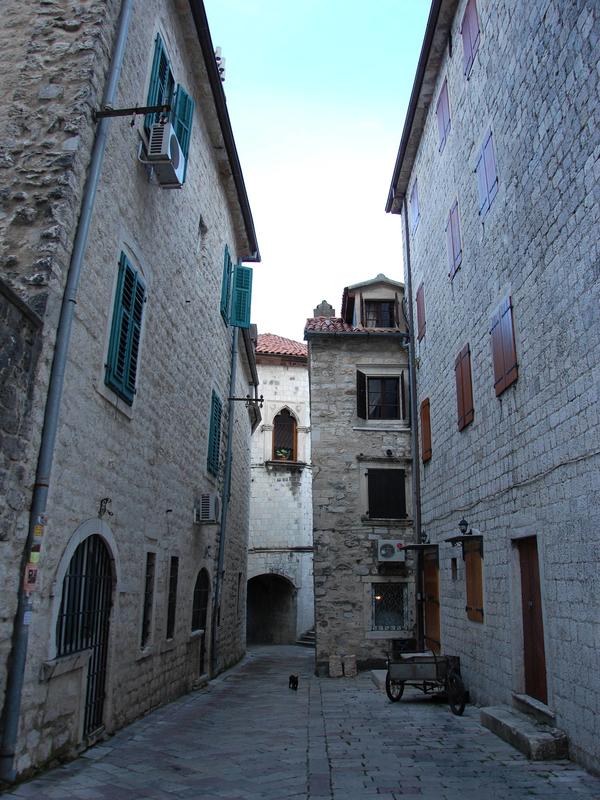 What is your party's programme? Where do you stand and how would you be "different"?

We broke away from the Socialist People's Party and we are a centre-left party, mostly formed by young women and young men. We are different because we experiment with things that no one has ever done in this country. In view of October 16th, we conducted a door-to-door electoral campaign: we rang the bells of every single home in Montenegro – about 200,000 – not just to let people know about us, but to learn about the problems of the people that we wished would vote for us. We are looking to bring another paradigm to Montenegro. Our slogan is "rule, don't divide". Thanks to this new approach we are growing exponentially. However, considering that our coalition won 7,000 of Kotor's 18,000 votes, we are aware that there is still much door-to-door work to do.

I imagine that the election of a young mayor fuels a lot of expectations...

I feel great responsibility on two levels. As an administrator, I have the duty to improve the lives of the people who elected me – this is something that can be done, I am sure. More generally, we Democrats feel the responsibility to give hope: our job is not to allow our fellow citizens to surrender to disillusionment.

How much does the mayor of Kotor earn? I ask because one of the causes of widespread corruption in Balkan countries is the low income of those who hold public posts. Can you live on your salary?

My salary is of public domain, and it is about 1,100 Euros. Of course I can live on that. In fact, my party colleagues and I destine part of our salary to a fund for the maintenance of schools and villages in the country. I agree that the state must guarantee decent wages to prevent corruption, but most of all it should be a strict guardian; too often in Montenegro agents and public officials who report corruption cases feel threatened rather than protected.

I read that you studied law in Belgrade. What do you think about current Serbian-Montenegrin relations?

It depends on the level we are talking about. Politically speaking, Đukanović and Vučić are very much on the same page, but this is certainly not the kind of relationship I look at with interest. On a more general level, we were part of the same state until a very short time ago, so we cannot but have very close relations. Personally, I feel at home in Serbia. I lived there, we speak the same language. Actually I feel at home everywhere, at least wherever there is a person I can speak to. Earlier today, I had lunch with Serbian, Croatian, and Albanian friends. This is how it should always be.

In 2006, when there was the referendum on Montenegro's independence, you were 18. Can I ask if and how you voted? Do you think it was a mistake to break away from Serbia?

I remember that day very well, it was the first time I voted. If I do not tell you how I voted, it is only because it is irrelevant. In our party there are people who voted "yes" and people who voted "no"; we all decided not to mention that choice anymore. In Montenegro we are already divided enough – whatever one voted for on that day, it is something done. Today, we just want to unite.

To come back to the international issues, what do you think about Montenegro joining NATO?

Part of Montenegrin society would like a referendum on this and our party is asking for it forcefully. If you ask me, I would vote to stay out, but this is my personal opinion – I would vote "no" to any military alliance. On this particular case, our party only said that it would be right to consult the citizens.

What do you think of joining the European Union?

It is our main goal. This is the only issue we all agree on in Montenegro.

How do you see the future of the region? The Kosovo stalemate, the crisis of Macedonian democracy, and more generally the troublesome bilateral relations between candidate countries – does this worry you?

The situation in the Balkans is very tough. When two giants fight, what suffers is the ground under their feet. That is why we need Europe. I think that the first objective of all Balkan societies should be to achieve European standards and to open a real dialogue. "The Balkans to the Balkanians" is a slogan, and as such it can be misused and misunderstood, even in an anti-European key, but it is a message that I understand as "we are together, we are neighbours, let's stay friends".

I never liked the word "tolerance". You do not tolerate your neighbours, you live with them and you talk to them. We need a social pact between Balkan societies. Nationalisms are only convenient for those in power, common people just pay the price. In the Balkans we have a new generation who understands this and does not approve of nationalist thinking. This is one of the reasons why I am here today, in Pescara, together with all the Adriatic partners. Kotor must be what it has always been – an open port , interested in everything that is beyond its waters.

In the short term, what future do you imagine for Montenegro?

This government cannot last. Đukanović's party does not have a self-sufficient majority in Parliament, and without the support of ethnic minority parties (Bosniaks, Croats, and Albanians) the government falls. At the moment only 42 deputies out of 81 attend the hall, half of them is boycotting the parliamentary works. We do not know yet what coalition will challenge those in power – certainly Aleksa Bečić, our party's president and leader of the new generation, is ready to lead the change. It is just a matter of time. And time is on our side.