The Kosovo progress report: no accountability, no future 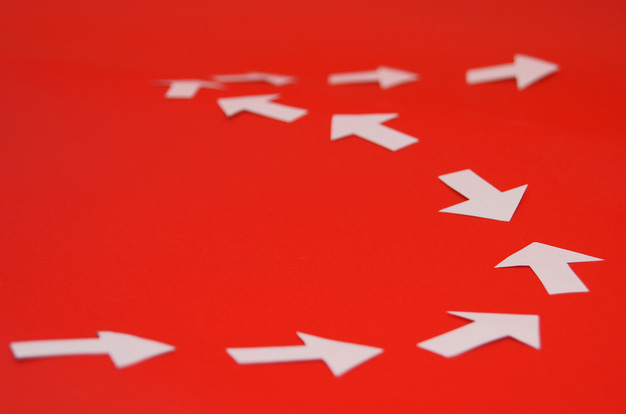 The decision to hand over the judicial system to domestic authorities, cutting Eulex’s mandate before its objectives were achieved, will not help Kosovo in the long term. Analysis of the recent EC report

The European Commission has just unveiled its annual analysis of Kosovo from the perspective of the general criteria for EU accession, the “Copenhagen criteria”. I shall comment some quotations concerning the rule of law, and shall also compare them to statements or choices of other branches of the European Union. The quotations are from the full 2014 progress report; the page is indicated in brackets; the emphasis, in italic, is always mine.

As we know (p. 6), “[u]nder the new EULEX mandate, all rule of law institutions are headed by Kosovo officials. EULEX judges and prosecutors are embedded in Kosovo institutions, and mixed panels are in principle composed of a majority of Kosovo judges, with a Kosovo judge presiding. EULEX does not take on new investigations except in exceptional circumstances.” (Those two expressions – “in principle” and “exceptional circumstances” – are correct but incomplete: under Kosovo’s law on Eulex’s new mandate, the consent of Kosovo’s judicial or prosecutorial authorities is also necessary for Eulex to conduct new investigations or have a majority of judges in any panel: no consent, no investigation or majority; this is not secondary point, as you shall see). This decision, taken by the Council of the EU in April, is based on Eulex’s and the EEAS’s assessment that Kosovo’s judicial system had – by then, at least – made “progress”.

Yet we also learn (p. 4) that “[t]he structured dialogue on the rule of law continued. Discussions focused on political interference in the judiciary”. This would be a rather grave defect: what, then, was the tenor of those “discussions”?

The answer may be found in the conclusions of the section dedicated to the judicial system (p. 14): “[o]verall, there has been some progress in the judiciary. Kosovo has started to address some of the priorities but there continue to be serious concerns regarding the independence, accountability, impartiality and efficiency of judges and prosecutors.”

Let’s leave efficiency aside, which concerns the capacity to render justice: let’s focus on the willingness to render justice. Justice must be impartial (a tautology), and must be administered by judges and prosecutors who are independent (obvious precondition) and accountable (an equally basic precondition, for without accountability the systemic incentive to be both impartial and diligent vanishes, and justice comes to depend solely on the personal rectitude of the judge, as in pre-modern, tribal justice systems; see, for an eloquent illustration, the example of the US constitutional judge in Kosovo: he presumably is a good judge in Minnesota, because he works within a well-functioning system; he is a bad judge in Kosovo, because the system allows him to follow his personal inclinations).

In diplomatic language, saying that there are “serious concerns” about three basic preconditions for justice to be rendered (impartiality, independence, accountability) is effectively equivalent to saying that those three preconditions are not met. Why are they not met? Because of “political interference”, the progress report strongly suggests.

Indeed, this answer is consistent with the observations made by countless reliable reports and analyses issued by the EU and other respectable public and private institutions ever since 2008. In particular, a 2012 report on Kosovo by the European Court of Auditors quotes approvingly an earlier OSCE report according to which judges and prosecutors in Kosovo even “tend to act in anticipatory obedience to external influences”: to put it bluntly, this means that the political, economic or criminal élite does not have to tell them what it wants them to do because they do it spontaneously.

What about that “progress”, then? The European Commission has an answer for that too (pp. 12–13): the progress observed consisted in giving more money and more (and, presumably, better) internal regulations to the judicial system. Evidently, unlike the Commission, Eulex, EEAS and the Council thought that this was real progress: they did not consider that without accountability the new rules won’t be obeyed if they prove to be inconvenient, and that without changing the other incentives under which they operate, increased pay is unlikely to have any other effect than making the recipients richer.

So there is a rather clear contradiction between the assessment offered by the progress report (and all those other analyses) and the EU decision, six months earlier, to transfer control over most of (and all main institutions of) Kosovo’s judicial system from Eulex to domestic authorities.

More precisely, if (1) Eulex was deployed in order to – I quote from Article 2 (whose title is “Mission Statement”) of the EU Joint Action that established the mission – “assist [Kosovo’s judicial authorities] in their progress towards sustainability and accountability…, ensuring that these institutions are free from political interference and adhering to internationally recognised standards and European best practices [note: such standards and practices include impartiality and independence]”, and yet (2) Kosovo’s judicial system still lacks impartiality, independence and accountability, primarily because (3) it remains subject to strong external interference, then (4) why has control over the most delicate parts of the judicial system been recently transferred from Eulex to the domestic authorities?

The question is two-fold: why was Eulex’s mandate cut before the objective indicated in its “mission statement” was achieved? And why has justice in Kosovo been left to a judicial system that lacks the very willingness to administer it? The question, in other words, is relevant from the perspective of both the EU citizen, as the payer of Eulex’s cost, and of Kosovo’s citizen, the victim of this partial, unaccountable and externally controlled judicial system.

Three explanations are possible for that contradiction. First: the situation was bad up to 2013, then it steeply improved, but in the second half of 2014 it deteriorated equally steeply. Second: the Council’s decision to transfer control is based on a different factual assessment than that made by the Commission and virtually everyone else. Third: the Council’s decision does not have an adequate factual basis, and is explained by other factors.

Plainly, the only plausible explanation is the last one. And the ‘other factors’ I mentioned probably are a combination of Kosovo’s desire of full independence – articulated by both Kosovo’s élite and those opposing it, if for widely diverging reasons – with the EU’s recognition, on one hand, that such desire cannot (and should not) be ignored, and, on the other, that Eulex is anyway unable to achieve its mandate within a reasonable time frame.

This makes sense: but if these are the reasons for the decision to hand over the judicial system to the domestic authorities, they should be openly acknowledged. This is required not just for the sake of transparency but also for political accountability, in both Kosovo and the EU. European citizens should be told that Eulex failed, if there is any hope of retrying the (good) experiment that Eulex was and, more generally, improving the conduct of the common foreign policy. Likewise Kosovo’s citizens should be told that they are now on their own, facing a judiciary controlled by the politico-economic-criminal élite, if they are to begin to realise how large a responsibility that élite has for their unenviable living standards.

The judicial system, legal accountability, political accountability, political irresponsibility and bad socioeconomic conditions are all linked, in fact. The European Commission, for instance, notes (p. 24) that “genuine sources of sustainable growth remain absent” in Kosovo, and that “[t]he widespread informal economy, weak rule of law and lack of fiscal predictability remain major obstacles to doing business and improving competition and productivity in the economy.”

Pause for a second on the gravity of the first sentence, and of the choice of the word ‘absent’: it effectively means that today Kosovo has no future, and is kept afloat only by remittances – which partly show up as foreign investment – and foreign aid. This is not news, but rarely has this observation beet put in clearer an sharper terms.

Consider now the main causes of that state of affairs, namely the three major obstacles mentioned in the second sentence: they all boil down to lack of legal (widespread informal economy and weak rule of law) or political (lack of fiscal predictability) accountability in the political institutions. Kosovo’s citizens should know that if, today, their country has no future this is largely because of its governance system.

One last remark. The European Commission again proved to be a reliable analyst of the situation in Kosovo, like the European Court of Auditors. The same cannot be said about Eulex and the EEAS. One notable difference between these four arms of the EU, and a plausible explanation for the difference that separates their analyses, is that the former two are genuinely European institution, whereas Eulex and the EEAS (and, a fortiori, the Council’s services) are de facto largely answerable to the 28 member states, and to the generally unstable and often unclear compromises they struck among their 28 national interests. It is no wonder, therefore, that that greater clarity of mandate (and clearer accountability) produced superior performance, including in the field of analysis.