The crossroads of Oedipus and the present Greek dilemma 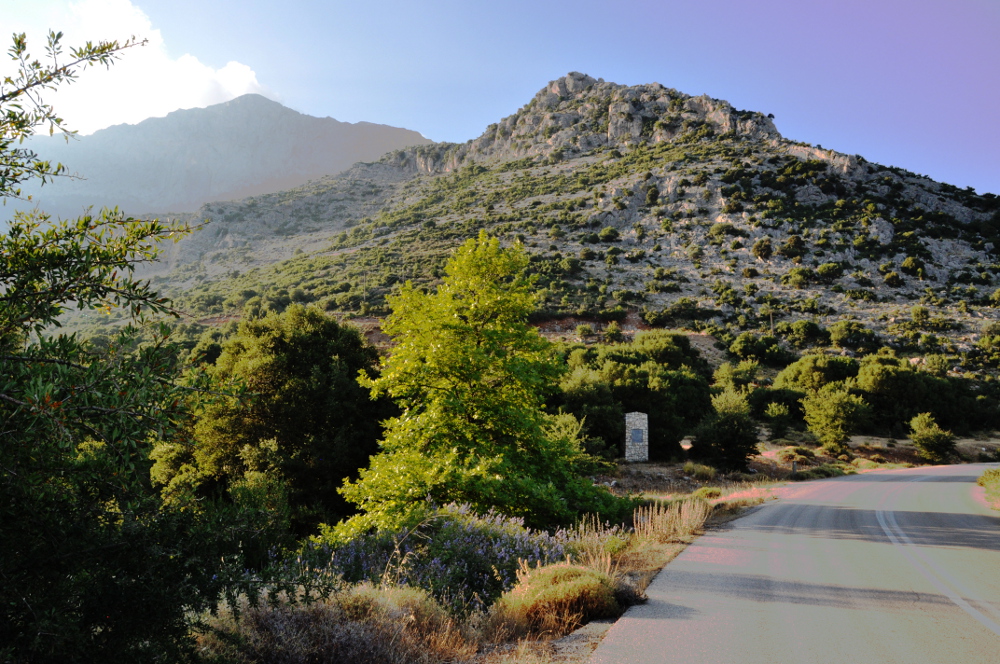 The monument at the crossroads where Oedipus killed his father Laius. Mount Parnassus on the background (Photo F. Polacco)

Where Oedipus killed his father Laius, the roads from Thebes, Delphi and Daulis meet. At that abandoned crossroads, in a Greece overwhelmed by an economic crisis, today Europe may find its way again

Once there was just a heap of stones piled up by travellers to record the two victims of that fatal road where Oedipus killed his father Laius, the king of Thebes, and one of the servants accompanying him. Even today there is nothing but a modest memorial stone, no different from many to be found on the passes or at intersections in Greece – commemorating those fallen in the wars of independence, in the resistance against the Germans or martyrs to their faith.

But it's a pity that the crossroad referred to by Sophocles in Oedipus King is so neglected, because, as the lines written in Ancient Greek on the small monument indicate, that unfortunate, tragic figure was not a hero like the others: what happened to him had no connection with patriotism, political ideals or religion, but simply to the dilemmas of knowledge and human destiny. And at times the latter plays us nasty tricks, in the face of which neither daring nor wisdom, and often not even the extreme sacrifice, is to any avail.

Pondering these things, I follow the road leading, as it did three thousand years ago, from the Delphic Oracle to the mythical Thebes which today is merely a sleepy, if still prestigious, provincial town, a regional capital of one of those Greek nomoì which, like Beozia, have kept their name from antiquity. Oedipus comes to mind as I find a circle in pencil on the map with a note in my hand-writing from who knows how long ago, to remind me that I should find along that route the most famous road junction in ancient times. Precisely, a crossroad, where, as Sophocles relates, the young Oedipus, shocked by the prophecy he had just heard from the Oracle (“You will kill your father and marry your mother: away from here, monster!”), wandered, desperately trying to distance himself from those he believed to be his father and mother, but who, alas, were not. Whereas his real father, the King of Thebes, was actually going to Delphi to consult the Oracle because of the havoc the Sphinx was wreaking among his people, demanding they solve the deadly enigma.

The King therefore was travelling in his chariot along the same road as Oedipus, though in the opposite direction. Obviously the encounter led to no recognition (they had never seen each other) and, in a banal and furious quarrel over the question of who should give way – doesn't this still happen today? - they came to blows, such that the younger man was able to overpower and kill the older one and eliminate one of the witnesses. The other escaped and was then used by Sophocles to reveal to Oedipus, who had meanwhile solved the riddle of the Sphinx, succeeded to Laius' throne and married his widow, the terrible truth.

However the indications I have for finding the site of the crime are vague: apart from the rough circle on the map there is just one name, Zemenȯs, near the citation Schisti Odȯs, the Forked Road, obviously, by the intersection. So I stop my car at a large bar at the roadside, buy a bottle of water and ask the youth who serves me for information. He doesn't mind spending a bit of time with me, as the place is empty, and he complains that the crisis is hitting tourism hard this year.

The Greeks, especially, have stayed at home, he says. As an example he tells me of his own situation: he and his girlfriend had decided to spend a few days on an island nearby, where she had found a room for only 25 euro per night. “Book it!” he told her, pleased. But when they came to get the boat ticket, they discovered that just three to four hours on the ferry with their car would cost over 300 euro. So they gave up the idea. “All Merkel's fault”, he adds smiling, looking for my approval. But then, more seriously, he admits the Greeks too have a share in the responsibility.

At length I ask him for the site of Zemenȯs, since he had just told me he was from the area, so should know where it is. However, while I talk to him about Laius and Oedipus, I have the distinct feeling that he has never heard of them, if not in vague terms. Yes, there is, he says, towards Delphi, a place of that name, but he only knows it for the taverns he goes to there with his friends. 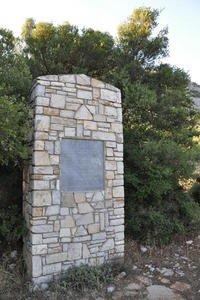 I leave him to the solitude of his bar and decide to try one of those taverns. It's nearly dinner time but they are dishearteningly empty. An elderly lady approaches me: she has heard of Oedipus and Laius but she gets lost in vague directions, tells me of the old road to Delphi behind there, but says there's nothing to see and no sign of the point I'm looking for. Overhearing our conversation a middle-aged cook, who's preparing the meat for the evening grill, comes out smiling while he sharpens two large knives, one against the other. Finally someone who knows. “It's the fork for Daulis the one that you have to take. It's further down, on the right.” Daulis then. Now I remember this name! They are from Thebes, Delphi and Daulis the roads in the myth, meeting at the crossroads.

Thus after a few minutes I turn into a narrow, asphalted road, deserted and surrounded by rugged hills supporting goats. I recognise the crossroads as if I had already been there and observe the monument built of many stones, which records the event. It's modest, but behind it rises the enormous mass of the Parnassus, the mountain sacred to Apollo and whose cliffs house the Oracle. I stop to reread Sophocles' lines, take a few photos and savour the landscape before the sun sets. No-one is there, no sign of human presence or visitors. Indeed, along the nearby roads there had been no signs, nothing to show that there, a few paces away, intact for thousands of years, was one of the most famous places in literature and myth.

A dilemma with no apparent solution

The Daulis crossroads are the perfect symbol of what is, par excellence, the nucleus of every tragedy: a dilemma with no apparent solution which irredeemably convulses the hero's existence and that of those around him. That crossroads is perhaps the place which, in all the world, best represents three thousand years of Western theatre. Furthermore, it may also represent the dilemma of a more concrete tragedy, that of Greece today, bowed by its economic impotence, uncertain whether to stay in or exit from the euro, between declaring default and accepting increasingly onerous privations, between seeing the growing social protest and entering the unknown path of bidding farewell to Europe.

It's strange but dilemmas like this are exactly the fruit of the freedom which we have made so much effort to gain. And if tragedy was born in Greece and developed in Europe, it's because the individual assumed the right of free choice with only his own conscience to guide him, so having the weight, at times intolerable, of an extraordinary responsibility.

But that unnoticed, abandoned, unfrequented crossroads symbolizes another dilemma which Greece may not have considered and could help her raise her head. Is it worth keeping alive in young people's memory that extraordinary past, the meaning it may have, not for a small nation, but for the whole of Europe?

In these days, for example, the Greek daily papers have reported the proposed law for the reform of the higher technical institute, and the subject which has been penalized more than any is history.

What a pity that one of those included among the various courses, is on “ structures for culture and tourism”. . .

Paradoxically this country today forms the tail wagon of that train constantly at risk of derailing, that is the European Union. At least culturally, in fact - where by culture is meant the courage and capacity to take one's bearings at every fork or crossroads and then take a road with all the responsibility this entails – Greece would have the resources, traditions and means to be the locomotive of Europe. And perhaps to show others, even simply enlivening and enhancing that which is one of the possible directions to take.