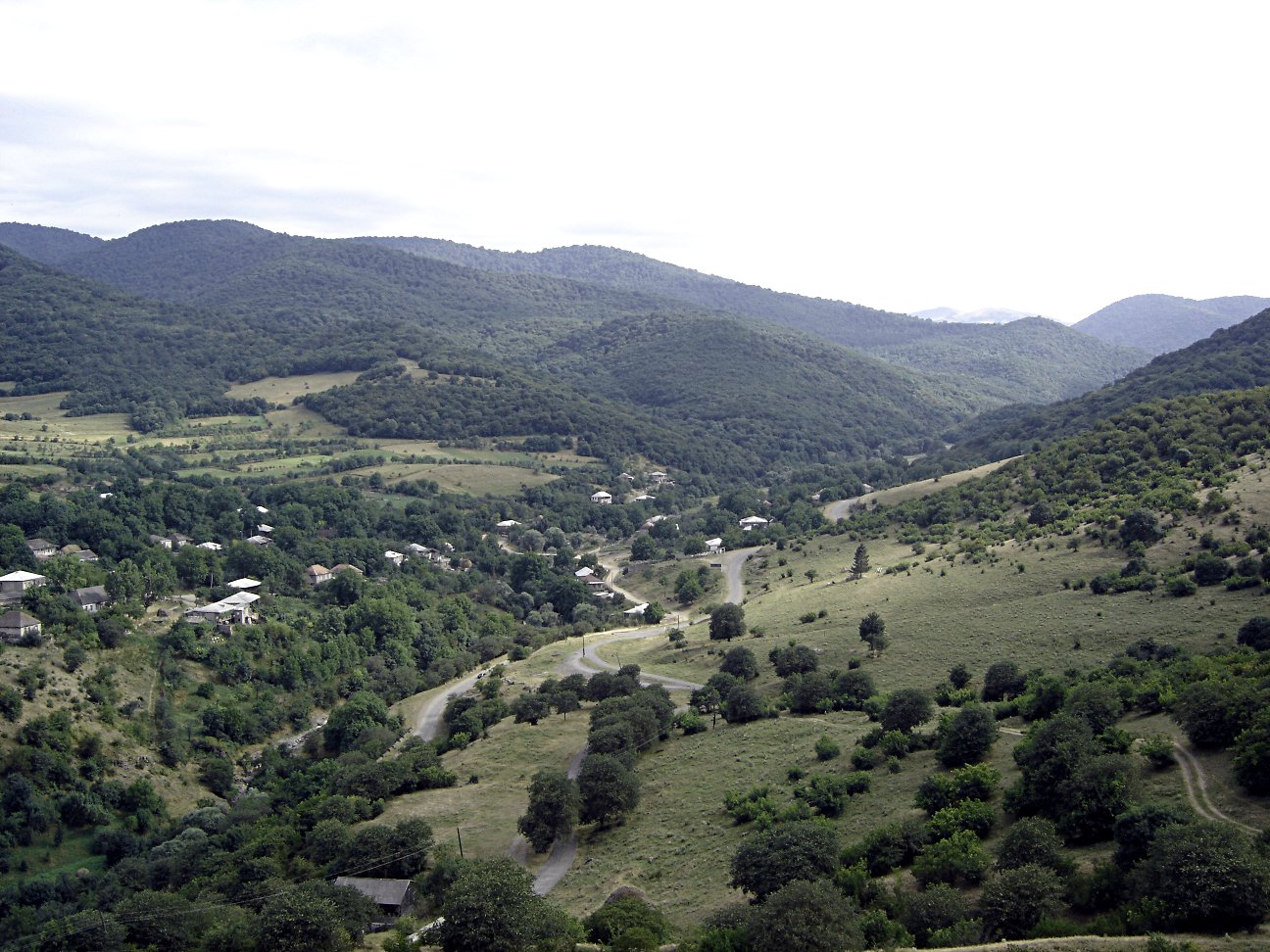 The oldest human remains found outside the African continent are in Dmanisi, Georgia, and date back to 1.8 million years ago. It is the homo georgicus, a hominid species which, by evolution, seems to be intermediate between the homo habilis and the homo erectus. The discovery was possible thanks to the steadfastness of the Georgian researchers, along with international archeologists, including Italian ones

On a small wooded promontory in Georgia, where rivers Mashavera and Pineazouri cross, just a few kilometers from the border with Armenia, one of the world’s most important and extraordinary archeological sites is found. The first men to leave the African continent to populate Eurasia presumably dwelled in Dmanisi – a townlet less than 100 kilometers South of Tbilisi. According to archeologists, as a matter of fact, it is here that around 1.8 million years ago, the homo georgicus settled: a new hominid which, by evolution, seems to be intermediate between the homo habilis and the homo ergaster, or homo erectus.

For over ten years, the Georgia National Museum has been leading a wide project of international research: up to date, Georgian researchers have been working with scholars from the United States, France, Spain, Germany and Italy. An Italian research group collaborates with the “Dmanisi” international project: the group is coordinated by Lorenzo Rook, paleontologist and professor at the University of Florence, and co-founded by the Italian Ministry for Foreign Affairs. 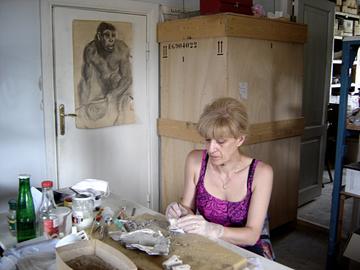 The Italian paleontologist first arrived in Georgia in 1999, following the first findings of the hominid remains at the site. He was accompanied by some colleagues, looking for a possible collaboration with the Georgia National Museum. The project began in 2002 and since then, every summer a group of Italian archeologists goes to Dmanisi to study specific features of the site: professor Lorenzo Rook deals with the study of the fauna, Doctor Laura Longo studies handiwork and tools and Doctor Francesco Berna leads the analyses of minerals and sediments.

Maia Bukhsianidze, a paleoanthropologist of the Georgian National Museum, guides me through the site and tells me that excavations in the area were initially carried out to discover findings from the Middle Ages, not prehistory. “This area was very well developed, during the Middle Ages”, the Georgian paleoanthropologist explains. “Infrastructures and objects supporting this hypothesis were found. This was one of the many ramifications of the Silk Road. In the past, the promontory on which the site lays was an important commercial crossroads leading to the East”.

The scientist continues: “Then, in 1963, to the archeologists’ great surprise, the first paleontological findings were made by chance and ever since, archeologists have been dedicated to prehistory researches as well”.

Lorenzo Rook says “the ancient remains date back to the Paleolithic and the Bronze Age. It is interesting and curious to see how, from the Paleolithic onwards, settling was continuous, on this small promontory. This is testimony to the geographical importance of this area”.

The first important finding in Dmanisi, a fossil human mandible, was made in 1991 by a team of Georgian archeologists led by David Lordkipanidze, now Director General of the Georgia National Museum. Laura Longo remembers how “the great discovery of the first hominid mandible was presented that same year by Professor David Lordkipanidze at an international conference in Frankfurt, an important appointment in the world of archeology. His intervention led in the international scientific world to an earthquake. Indeed, paleoanthropologists did not believe for a human presence to be possible outside the African continent earlier than a million years ago. This discovery was revolutionary in human evolution theories and there was great mistrust towards such finding”.

Sunday, November 13th 2011, at 6.30 pm at the Palazzo delle Esposizioni in Rome, a meeting will be held with archeologist and Director of the Georgia National Museum, David Lordkipanidze, entitled “Homo Georgicus: the story of the first hominin out of Africa”.

Georgian archeologists did not get discouraged, however, and went on with excavations on the small Dmanisi promontory. Their steadfastness was awarded in 1999 with the finding of new cranial remains. ‘Without a doubt, these are the oldest hominid remains outside of Africa. The extraordinary archeological site of Dmanisi is of extreme importance to reconstruct the history of humankind’, Professor Rook confirms. Through the years, other important findings of new human remains led the Dmanisi site to be under the spotlight of the international scientific community. Indeed, up to date, 5 skulls, 4 mandibles, many teeth and many skeleton remains have been found, well-preserved.

“The human remains are actually plenty, for a paleo-anthropological site such as Dmanisi” Lorenzo Rook explains. “In the great African valleys, there are few remains. Here, instead, in very few square meters, five skulls and many parts and fragments of human skeletons have been found. Thus, the ratio between the number of findings and site extension is very high. There is an analog site, by proportion of findings, in Spain, but it is a million years younger”.

In showing part of the area where stratigraphic studies of the soil are carried out, Doctor Maia Bukhsianidze explains how such studies have reported that “sediments date back to the beginning of the Lower Pleistocene (around 1.8 million years ago). The fossil remains of the oldest European man, the homo gerogicus, and the stone tools found at this site belong to the lower Pleistocene and were used by the men of that time”. The Georgian scientist also confirms that “these are the most ancient tools and handiwork found outside of Africa”.

Another peculiarity of the Georgian site is that Dmanisi represents a small population. As a matter of fact, the remains found belong to people of different sexes and ages. This will allow the scientists to add another piece to the theory of evolution of humankind. Along with the hominid findings, a rich fossil fauna was discovered, with remains of animals such as the saber-toothed tiger (extinct since about 10.000 years ago), giraffes and elephants. Golden jewels were also found.

Today, the excavation area of Dmanisi is well-safeguarded by an open air museum, which allows visitors to observe excavations carried out by the archeologists in July and August. Moreover, every year the site hosts a summer school for young archeology students from all over the world, so that they can get a hands-on practice on excavation and work on the field.