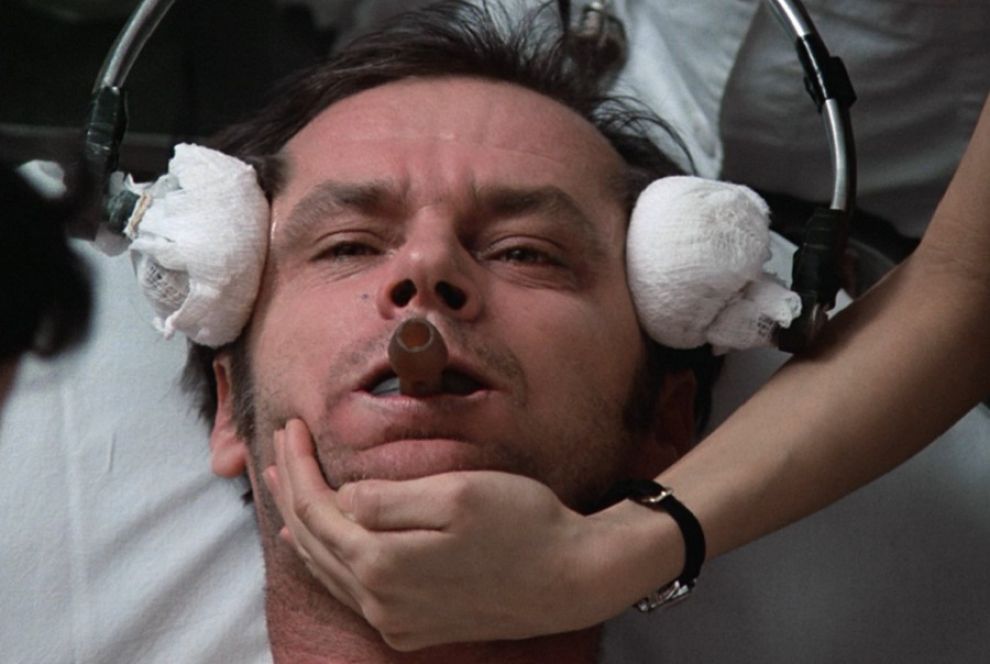 Jack Nicholson in a scene from the film by Miloš Forman

Last July, the wife of a judge from Osijek was subjected to forced hospitalization, for no apparent reason. The dramatic case has raised the attention of the public and the media on the abuse of psychiatry in Croatia

It looked like a scene from Forman's film "One Flew over the Cuckoo's Nest". The woman was taken to the psychiatry department, tied up, and stuffed with drugs. Before that, she had never been treated in psychiatry, had never received a sanction civilly or criminally, or acted violently. She was hospitalized for 24 days at the Osijek Psychiatric Clinic, and then in Vrapče, near Zagreb, in Croatia's most famous psychiatric institution. Her story has shocked the Croatian public, aroused the attention of the media, and alarmed human rights associations in the country.

The reason why Zdenka Kvesić, wife of an influential judge in the County of Osijek, ended up at the psychiatric hospital, is really incredible. Provoked by the behavior of her 21-year-old son, she slapped him with the palm of her hand. The son called the police. The officers took the woman to the police station, then to the district court. After talking with Kvesić's husband, the judge ordered the forced hospitalization of the woman, though she had not shown any violent behavior.

The psychiatrist who examined her declared her dangerous for herself and those around her. That diagnosis was enough for the Court of the County of Osijek, where the woman's husband works, to extend Zdenka Kvesić's forced stay in hospital. The lawyer of the unfortunate woman sought the advice of two renowned doctors in Zagreb, and their analysis was completely different. Both disputed the diagnosis and reiterated that there was no reason for the forced hospitalization. Their diagnosis, however, did not spare the unfortunate woman the psychiatric ward.

The day after the story appeared in the media, in retaliation the woman was placed in isolation, with the cell phone taken away and visits banned, including contact with her lawyer. When reporters started showing up around the hospital, she was secretly moved to Vrapče, in the department for the seriously ill of mind. Only thanks to the pressure of the public opinion was Zdenka Kvesić finally released, as many as 24 days after her hospitalisation.

Once obvious that the woman was caught in the grip of the judicial and healthcare system, the story went from the newspaper columns to national television, raising numerous reactions and questions – is this an abuse of psychiatry? Is it possible, in the 21st century, in a country that has just become member of the EU, to send inconvenient people to psychiatric hospitals, as it happens in the most dismal dictatorships?

Soon after the scandal, Vlade Jukić, president of the Psychiatric Society of Croatia and director of the Psychiatric Clinic of Vrapče, admitted that 49 people had been forcibly treated in Vrapče for political reasons between 1969 and 1987. However, he soon added, as a person who "knows how Croatian psychiatry works", in Croatia today "there are no forced hospitalizations with political or non-psychiatric connotation". But is it really true?

In Zagreb, a few days before the Kvesić case, a similar episode involved Branko Kakarić, retired colonel of the Croatian army. Kakarić had announced a hunger strike in front of the European Commission headquarters in Brussels, to warn EU institutions that Croatia's judiciary had protected organized crime for years. He had posted the announcement to numerous addresses and, as he claimed to have evidence on the criminal activity of a former and a current minister, he had been summoned to the State Legal Office to recognize them. Yet, just out of the prosecutor's office, he found the police waiting for him and was forcibly taken to the hospital. Only because of media attention and the pressure of public opinion, he was released after a few days. The colonel's wife said that her husband has never suffered from any mental illness.

In June 2009, Dragutin Pocrnić informed the public about child prostitution at the Institute for Children of Osijek, where his son was also staying at the time. When he announced that he would report the names of politicians and businessmen who sexually abused the minors, he was arrested and brought before the magistrates. Despite being in possession of a valid permit to visit his son, he was sentenced to 15 days in jail for visiting him without – allegedly – having the right to do so.

In the Osijek prison, a psychiatrist informed Pocrnić – without even entering his room – that he was very ill, dangerous to himself and to the people next to him, and that he should seek treatment. Pocrnić was then moved urgently in the psychiatric ward of the prison hospital in Zagreb, in a closed room, together with murderers and serious drug addicts. After an interview with the director of the prison hospital, he was transferred to the surgical ward, in a room used as an "annex" of psychiatry for the less severe cases. There, without diagnosis and treatment, he remained five months and 11 days, before being discharged on November 27th, 2009.

The best known case of forced psychiatric hospitalization, however, is the one that happened in 2008, when Mirjana Pukanić, wife of famous journalist Ivo Pukanić (killed a few months later by a bomb placed under his car), was dramatically dragged out of the house in front of cameras and transferred to the hospital. The Social Democratic Party – then in opposition, now in government – called for a debate in parliament on the issue of suspected psychiatric abuse, to determine possible legal violations or possible deficiencies on the side of state institutions in cases of forced hospitalizations.

The recent case of the judge's wife, and the other similar ones, strongly question the statements of Dr. Jukić, director of the Vrapče clinic, according to which in Croatia there were 49 cases of abuse of psychiatry between 1969 and 1987 – and then none.