A new story from Chechnya: Tamara 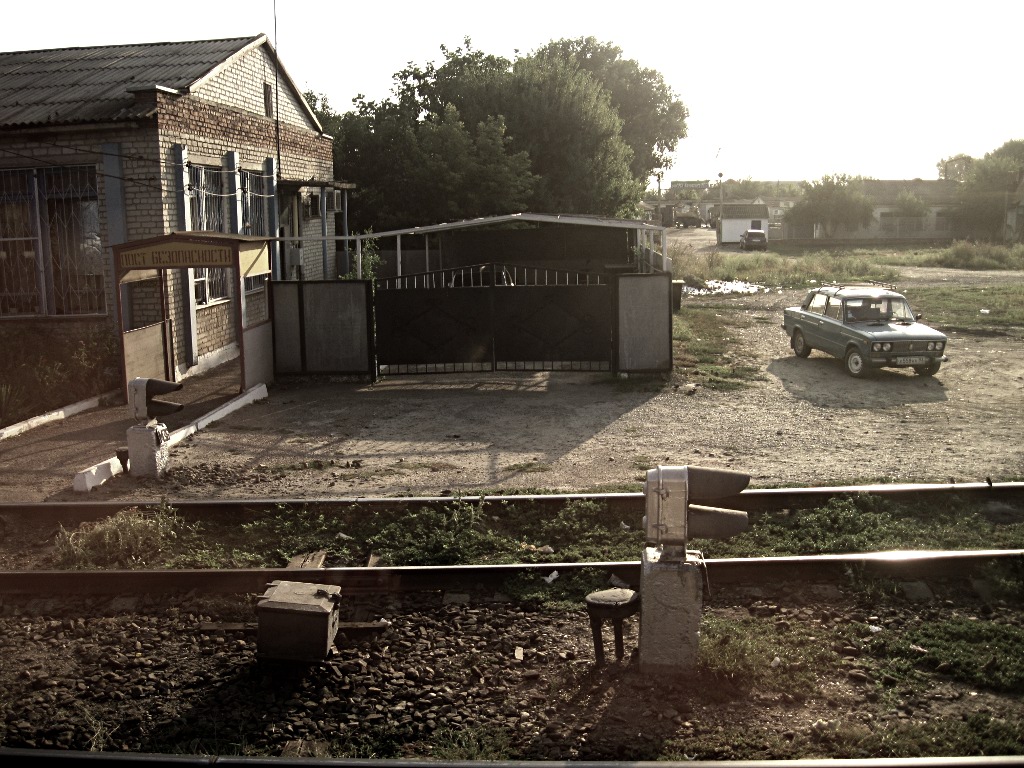 On the train to Rostov - G. Comai

In the eighties Tamara was a teacher of Russian language and literature in Chechnya. Since the year 2000 she has had to cope with not only the disappearance of her husband but also breast cancer, an illness with a particularly high incidence in Chechnya after the recent wars

Tamara taught us history, Russian and literature; she was the one who introduced us to Blok and Esenin, who told us that all the classics of Soviet Socialist Realism weren't worth one line of Pasternak.

I still remember the way she read poetry while we wept, a little ashamed of our sentimentality. It was the end of the eighties and our adolescent spirits were captivated by the thought of the perestrojka and the transparency announced by Michail Gorbacev.

Tamara told us about the great Russian writers and philosophers, about Sacharov and Solzenicyn, about the gulag and the dissident Chechnyan Abdurachman Avtorchanov and his book, “The Technology of Power” in which he denounced Stalin. The Soviet Union was already in its death throes, but for us war was still only something seen in films or read about in history books.

One day Tamara was reading a passage from the story by Gogol in which he describes the heroic death of Taras Bul'ba, the central figure in this famous novel published in 1835. And then, after reading the last episode on the Cossack's agony, during the chilling silence which had fallen on the class a voice was heard, trembling with emotion. Aslan Dadaev (nicknamed “El'cin” and who died at the beginning of the first Chechen war) asked: “Tamara Abuevna, this Taras Bul'ba, is he alive today?”

Nearly fifteen years later, for some reason, I kept being reminded of this strange episode as I felt I should be going to the teacher with some words of comfort and support. In 2003 masked soldiers entered Tamara's house at night and seized her husband. This happened just before the referendum organised by the Russian authorities to approve the new Chechen constitution.

The Russian President, Putin, addressing the Chechen people in a speech on the eve of the referendum, announced that after participation in the vote “unknown masked figures” would no longer enter Chechen houses to seize people. “Knocking on the door in the middle of the night need no longer be feared” said the guarantor of the constitution. But the words of the President, which anyway proved vain, could not alter Tamara's fate.

The Russian soldiers arrived at Tamara's house late at night. They did not in fact knock, as Putin the then President of the Russian Federation said. They simply jumped over the fence, broke down the door and broke into the bedroom. They tied her and the three children to the radiators, after taping up their mouths so they couldn't shout out. They took away Tamara's husband, Aslan.

Aslan was disabled and limped, and had no connection with the armed resistance. His abduction may have been intended to scare the local inhabitants. Or simply, his house was near the Russian military base and he was an easy target for the soldiers' raids, sadly known as “zacistki”.

Nothing was heard of Aslan. No one was able to find him, either among the living or the dead.

Today I still can't find the words to use in these situations. It's easier at funerals, at least you know what to say. But here what can I do, invent a new form of condolence? Sympathy with a touch of optimism?

Tamara, who is bringing up three children, has recently joined the vast queue of patients at the oncology clinic in Rostov, where Chechen women make up over 70% of the sick. Breast cancer is a common diagnosis among Chechen women, so much so that it's diagnosis causes no more surprise than a flu epidemic.

There is no diagnostic centre or medical specialist in the whole republic, to identify the illness in its early stage. When patients, suspecting they have cancer, arrive at the nearest centre, that is Rostov, nearly 1,000 kilometres from Grozny, their illness is often too far advanced. Stress, long years spent in extreme conditions and lack of basic health services have taken their toll on thousands of Chechen women. Nor was Tamara spared: a few months ago a breast was removed to prevent the spread of metastasis.

“What I wish for most in this world is to take my children and leave,” she says. “But I can't until I have found and buried my husband.”

Tamara no longer teaches Russian. Since that night she has never spoken that language again.