"One Coin", story of the cryptocurrency that deceived the world 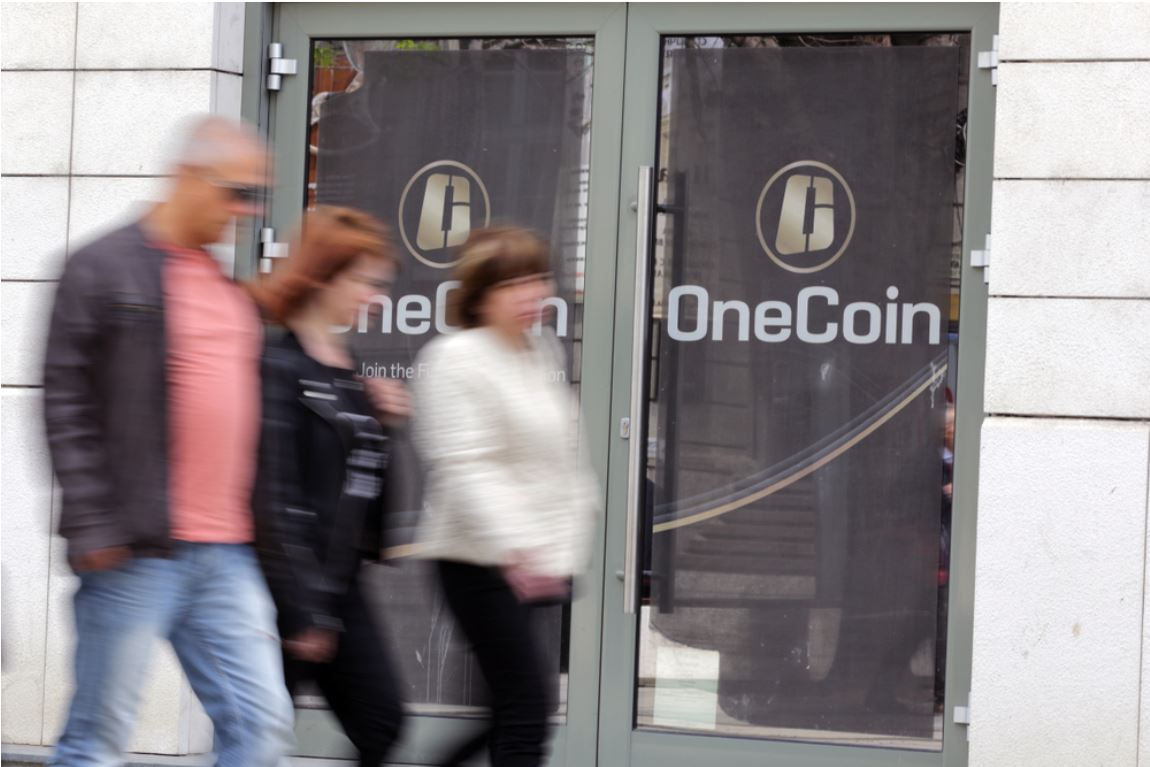 Bulgarian entrepreneur Ruja Ignatova wanted to "bury BitCoin" and created a new cryptocurrency that was to change the world: "OneCoin". Behind her sparkling dream, however, there was a scam for four billion dollars, which disappeared along with Ignatova herself

The news began to circulate last October: "Metro Goldwin Mayer", one of the historic Hollywood majors, has started working on a film (working title, "Fake!") inspired by the story of Bulgarian entrepreneur Ruja Ignatova – already renamed "cryptoqueen" – creator and face of "OneCoin", the cryptocurrency that intended to change the world, and which instead turned out to be one of the major pyramid scams of recent decades.

Apparently, the main role will be entrusted to Kate Winslet, the unforgettable diva of "Titanic". And after all, there seems to be a subtle, yet concrete symbolic link: another dramatic shipwreck, a catastrophe, this time not maritime, but financial.

Ruja Ignatova's is a story made up of apparently revolutionary ideas, great promotional events, sparkling lights, studied and captivating slogans, but with the ending still to be written. After the appearance of the first cracks in the golden castle of "OneCoin", in 2017 Ignatova disappeared into thin air, and since then all traces of hers have been lost. Along with her, about four billion dollars also disappeared, which enthusiastic investors from 175 different countries had entrusted to the "queen of cryptocurrencies", without however ever seeing their money again.

Birth of a cryptoqueen

Like many of the stories that capture the imagination, becoming raw material for the film industry, that of Ruja (or Ruzha) Ignatova started rather quietly. The future (self-proclaimed) queen of cryptocurrencies was born in Sofia in 1980, but was just ten years old when, a few months after the fall of the Berlin wall, she moved with her family to Germany (more precisely to the city of Schramberg, Baden-Württemberg) and then graduated in Economics from the University of Konstanz.

To the story of Ruja Ignatova and "OneCoin", the BBC dedicated a hugely successful podcast, "The missing cryptoqueen" , created by Jamie Bartlett and Georgia Catt and downloaded more than 3.5 million times to date. The podcast follows step by step the adventures of Ignatova and her cryptocurrency destined to "bury BitCoin", from her beginnings as a "revolutionary entrepreneur" to global success until the end of her dream and her disappearance.

Those who knew her closely already defined her as an extremely intelligent, decisive woman, able to present her ideas and beliefs in a convincing and witty way. Ignatova built a strong background by continuing her studies at Oxford and starting her career working for McKinsey and Company, one of the world's leading management consulting firms.

In 2012, however, the first missteps arrive: a metallurgical complex in Bavaria, which Ruja had bought together with her father Plamen Ignatov, declares bankruptcy under suspicious circumstances. The judiciary intervenes and sentences her to fourteen months (under probation) for fraud, while the trustee of the group accuses her of having stolen at least one million Euros from the company.

The incident is soon forgotten, however, and the following year Ignatova enters the new, promising sector of cryptocurrencies: together with Swede Sebastian Greenwood she launches “BigCoin”, which however will be short-lived. Ignatova does not give up, for her it is only a first step: in 2014, again with Greenwood, the future "queen of cryptocurrencies" is ready to come back, creating the project that will make her both famous and infamous globally: “OneCoin”.

The army of cryptocurrencies

The launch of "OneCoin" exploits the expectations and hopes generated by the creation of cryptocurrencies, the best known of which, "BitCoin" made its debut in 2009, not surprisingly after the explosion – the previous year – of the economic and financial crisis.

The intuition and the promise of cryptocurrencies is to democratise the management of money, taking it away from central banks and governments, which have proved unable to curb the greed of financial groups and prevent the crisis. But how to create electronic money that everyone can trust, safe from fraud and falsification, without the guarantee of the state?

The answer is sought in information technology and is called "blockchain", a database through which all cryptocurrency holders receive a copy – encrypted and independent, but identical – of all the transactions that have taken place. If the blockchain is solid, no one owns it, and falsifications are in principle impossible.

The road was opened in 2009 by "BitCoin", but in Ignatova's visionary words "OneCoin" was the new revolution, destined to "bury BitCoin", considered too complex and difficult to understand and use, and to make cryptocurrencies "a tool for everyone, the Facebook of cryptocurrencies". Her enthusiasm soon brought her a first recognition in her homeland, where in 2014 she won the “Entrepreneur of the year” award.

But Bulgaria was not enough for Ignatova: she dreamt big, she wanted the world. To promote “OneCoin” meetings, presentations, conventions were organised in different countries and cities with no saving time and energy. The apotheosis was an impressive event at the Wembley arena in June 2016. In what felt a rock concert rather than a financial convention, Ignatova – wearing a bright red gala dress, adorned with sparkling pajettes – rattled off impressive numbers from the stage: two million active users and a capitalisation of 4.5 billion Euros, collected in just a year and a half of activity, mainly in China, Germany, the United Kingdom, and the United States.

The future of "OneCoin" looked bright, but dark clouds soon started to gather on the new "revolutionary" cryptocurrency. As early as 2015, the Bulgarian Commission of Financial Supervision expressed doubts about the real nature of the project. In 2016, various competent authorities called for caution and in December, in Italy, the Italian Competition and Market Authority blocked the activities of “OneCoin”.

What emerged was very different a reality than Ruja Ignatova's inspired words: "OneCoin" lacked many of the fundamental characteristics of a cryptocurrency: even a functioning "blockchain" – a necessary, basic, and indispensable mechanism for its functioning. The whole operation, as it became increasingly clear as the weeks and months went by, was actually a huge "Ponzi scheme", a fraud in which a few earn astronomical figures by convincing others to invest in a product sold in complex ways, but basically void of value.

“OneCoin is nothing more than a classic pyramid scheme, built using new technological platforms”, New York District Attorney Cyrus Vance would later say, when the fraudulent nature of the project had become apparent.

As it became later known, in 2016 the English judiciary had already started working on the "OneCoin" case, but it was in 2017 that the cracks in the "cryptocurrency of the century" became increasingly visible. In October of that year, Ignatova was expected in Lisbon for one of many promotional events, but to the surprise of the organisers she did not show up. The US justice had just issued an international arrest warrant against her and perhaps – many whisper – Ruja managed to get a tip thanks to her wide network of contacts. No one has seen her since.

While waiting for a reappearance, which never happened, the helm of "OneCoin" was temporarily handed over to Ruja's brother, Kostantin, who tried to keep things going as if nothing had happened. The house of cards was however in free fall: Greenwood was arrested in 2018. Konstantin himself was stopped at Los Angeles airport in 2019: in front of American investigators, he pleaded guilty to money laundering and fraud, and now faces decades of imprisonment .

What is left of "OneCoin"

The story of “OneCoin” has not yet been fully written. The cryptocurrency scam epic leaves us to reflect on the vulnerability of human beings to deep mechanisms of our psyche, such as the fascination with strong personalities, the difficulty of separating rationality and emotions, simple greed.

Today, together with the mystery of Ruja Ignatova's disappearance, savers and swindled investors are still waiting for the sentences of the various national courts, even though recovering the lost money seems a chimera.

Some have already given up, others have organised to fight together for their rights. Among the most active there is Scot Jen McAdam, who together with friends and family saw 230,000 pounds vanish. The very memories of Jen and her misadventure are the basis of the screenplay for the film that “Metro Goldwin Mayer” is now preparing to make.

Among other things, as evidence of the great fascination created by such a simple and yet so complex story, the future film "Fake!" is not the only artistic retelling of Ignatova and her factory of dreams and deceptions. In the UK, New Regency TV is working on a television series based on the BBC's hugely popular podcast "The Missing Crytoqueen", produced by Jamie Bartlett and Georgia Catt and downloaded over 3.5 million times to date.