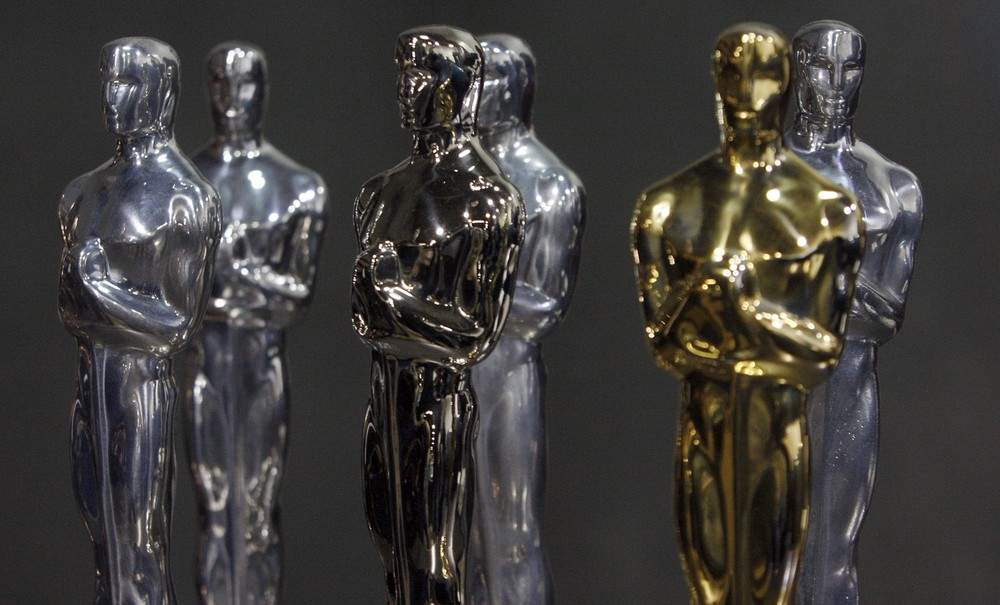 Bosnian director Danis Tanović, winner of an Academy Award for his movie No man's land, is getting ready for the October elections with Naša Stranka, the party he founded only two years ago. To defeat the rubbish of history. Our interview

On the 25th of March 2002, thousands of people in Bosnia Herzegovina watched the Academy Awards’ night live, until the break of dawn. On that Monday, the 32-year old Bosnian director and screenwriter, Danis Tanović, won the Oscar for the movie No man’s land (Ničija zemlja).

The words Tanović spoke upon being awarded the prize, “this is for my country, for Bosnia Herzegovina”, made that Monday in March special and unforgettable. Bosnia Herzegovina was and still is proud of Tanović and celebrated with him.

After the celebrations, Tanović went back to work and the Bosnians to their everyday lives, made up of less radiant Mondays.

Today Tanović lives with his family in Sarajevo. Two years ago, together with a group of friends and people who shared his ideas, he started a completely new project: the creation of a political party, Naša Stranka [translator’s note: Our Party], of which he is one of the deputy vice-presidents.

In this interview for Osservatorio Balcani e Caucaso, a freewheeling Danis Tanović talks about his party, the forecast for the next general elections in October, the need for a change in Bosnian society and his new movie.

If in October the Bosnians voted for Naša Stranka, would they live better in the next four years?

I think so, yes. A lot better. Together with Bosnian and international experts, we have worked on 6 reforms to be implemented on the economic, health, agricultural, political and social levels. Though, all this has to necessarily be based on a moral reform in society, something which we are proposing.

We want a society where it is the honest and competent workers who take the lead, not the so called entrepreneurs who got rich thanks to political or family ties, as we see today. The difference between a government of this kind and one with sound moral bases is going to be perceived immediately.

We are also aware that we will have to make difficult decisions, lay people off in the public sector and reduce the State budget, but we all know that these are inevitable maneuvers to build a strong and efficient Country at the service of citizens. Though not in the same way, everyone will feel the weight of such reforms. Our objective is that of rooting out poverty and creating a middle class that is strong and large, freeing ourselves of this transition government dominated by tycoons.

There is half a million of unemployed in Bosnia Herzegovina, the foreign debt amounts to 5 billion KM (2.5 billion Euros) and is on the rise, industrial production is weak. How realistic is it to state that Naša Stranka or other political alternatives have a solution to these problems?

Please, do not lump us together with the parties currently in power. They are power. They were able to do everything they wanted to. They have already had their opportunity, it lasted 15 years, if not longer. It is now clear that they have led the Country in the wrong direction and because of this, people’s standard of living gets worse every year.

We do not need original solutions. The reforms to be implemented are precisely and very clearly oriented towards our entrance in the EU and NATO. Our people have talent and value: if we give them a chance, they will show their abilities, as they do when they live and work abroad. Our differences are our strength, not our weakness, as the nationalists say.

During this campaign it seems like things in the region are quieting down, relations with Serbia are improving, announcements of a referendum [on secession] by the Republika Srpska have decreased. Is the region slowly stabilizing?

Nationalistic parties feel that their rhetoric and warmongering policy, based on inter-ethnic conflict, is becoming less and less popular, and that their ideas are the rubbish of history. Now, during the campaign, they change the subject and claim to be in favor of a different, pro-European course. It is mere hypocrisy, but it is part of their nature. Nationalistic parties are only good at one thing, creating conflict between peoples to then use them as a smokescreen to loot the Country.

You too see how in the House of Peoples [translator’s note: one of the two Houses of the Bosnian Parliament] deputies only covenant to increase their salaries, while the laws for entering in the EU remain at the bottom of the list because, it seems, they threaten the vital national interests. For years they have not even adopted a law against establishing fascist organizations, while when it is about sharing out tenders and positions, they are quick to do it. It is true that the region is changing, but this change is much stronger in Croatia and Serbia. I hope that from October on, Bosnia too will join these positive developments, and that the new leading class will do it.

In the past elections Naša stranka reported a considerable result, if we think it had only been founded a few months before. After two years, what is the biggest achievement by your members elected in the town councils and in that of the capital?

Where we got to positions in the government, such as Bosanski Petrovac [editor’s note: Western Bosnia], our mayor Ermin Hajder tripled the municipality’s budget with projects funded with European money.

Children in Petrovac no longer have to walk 5 km to get to school, the city can function even in winter because a snowplow was bought, the economy has been re-started, an internet point for the young, a Dom Kulture and, something particularly significant for me, a movie theater opened.

What is most important, though, is that the mayor defended himself from the joint attacks from the national parties, for the majority in the town council, and today Ermin has the support of almost all citizens, Bosniaks, Serbians, and so on. This is the ideal recipe for Bosnia Herzegovina, common interests and honest work.

Naša stranka was made up of a group of friends and sympathizers that wanted to have a voice in politics. Two years later, how much has Naša stranka grown?

You know how it works, that is how all great changes start, with someone whispering in someone else’s ear “You know what we could do….”

Today Naša stranka is a strong political party, present in almost all municipalities of Bosnia Herzegovina, and a lot of it is thanks to our Secretary General Fadil Šero, who in the past two years has been driving the Country high and low in his second-hand škoda. If he drove straight, he would probably get to the moon! Today, our party is widespread and strong, and there is no area in Bosnia Herzegovina where we are not present.

According to the latest surveys of the National Democratic Institute, the support of the citizens ranges from 3 to 4%. Will it be enough to exceed the election threshold?

The election threshold is 3%. I am sure that not only will we exceed it, but we will also be an element of strength in the political scenario. The survey you are quoting also shows how Naša stranka sees the number of voters and supporters doubled every two months. There are still four months until the elections, and we will visit every corner of Bosnia Herzegovina and talk to the people to try and earn their trust.

We are also about to reach an agreement with Nova Socijalistička Partija [translator’s note: New Socialist Party] of the mayor Foča Zdravko Krsmanović, and I think people do not yet realize how important that is. For the first time since the war, there are two parties in the whole of Bosnia Herzegovina running the elections together to leave the past behind.

We want change, we want to collaborate in the hopes of a better future in Europe and for our children. For the first time, there is a truly pro-European and anti-nationalistic coalition. I think that in October many skeptics will be surprised by the election results, and most of all by the number of votes that the two parties will get.

Have you ever regretted dealing with politics, or do you think you can become one of the ten Ministers of Culture that there are today in Bosnia Herzegovina?

When we founded the party, I knew that it was not going to be a 100-meter run, but a marathon. We are committed and working hard because we believe this Country deserves a better government and a better future, far from the past that represents the current nationalistic élite. I have long been saying that I do not want to be in the Government, but I will do all my best so that power is in the hands of competent and just people that are ready to work for the common good, not their own.

Cirkus Columbia, your new movie, premieres at the next Sarajevo film festival. What is the message in this latest work?

The movie is about love during the war in Herzegovina. I think history is very complex and delicate on a relationship level, in relation to the context and the destiny of the main and secondary characters.

If I had to summarize it, the message would be that through troubled and difficult times, when it feels like the world is crumbling down, the people who listen to their hearts often make the right choices and act with dignity. The ones who listen to war rhetoric, though, and use flags to attack, end up – or should end up – before the Hague court.