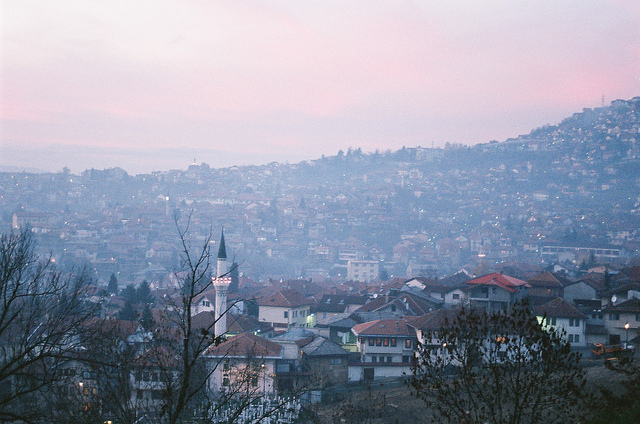 Pope Francis' visit to Bosnia and Herzegovina is a message of peace. Conversation with Franjo Topić, president of the cultural association Napredak

What is the significance of this visit to Bosnia and Herzegovina, particularly for Catholics living in this country?

The Pope's visit is of extraordinary significance. Bosnia and Herzegovina (BiH) is the second country in Europe that the Holy Father visits after Albania, and a country where three major religious communities – the Catholics, the Orthodox, and the Muslims – coexist. I personally believe that this country is a fundamental locus teologicus for dialogue and ecumenism. The danger of a war between religions is, unfortunately, a very topical issue after the terrorist attacks in Paris and in the light of what is happening in Nigeria, Iraq, and Syria. The Pope has repeatedly reminded that you cannot kill in the name of God and religion, and I think he will do it again here, in Sarajevo.

Unfortunately, in this country, there is a political dimension which cannot be underestimated. In this sense, religion has also been used as a tool to lead to war, since religion and national identity are pretty much the same thing here – almost all Croats are Catholics, almost all Serbs are Orthodox, and almost all Bosniaks are Muslims.

How many Catholics are there today in Bosnia and Herzegovina?

A third of the Catholic population of this country is gone, because of the war of the '90s. In some areas, namely in northern Bosnia – Republika Srpska today – where there was a large presence of Catholics, virtually there is no one left today.

People found a new life and a job elsewhere – the Catholics especially in Croatia – and now, 20 years after the end of the war, there is no return. Only few are left. In other areas, the situation is different. According to the unofficial results of the census made a year ago, BiH counts 3.8 million inhabitants, of which 550,000 would be Catholic. Some politicians hint to lower figures. In any case, it is certain that we lost a large number of people. In '91, the last census taken before the war, we were 760,000.

That said, we must also add that our Church is alive and well, in terms of its activities and its vitality. We have many seminarians, more than many other European countries, we have 840 priests, 540 nuns, 4 monthly newspapers and a weekly, 19 radio stations, and 3 private TV stations. The organisation I head, Napredak, which is not officially a Catholic association, but is close to the Catholic world, has never ceased to operate, even during the war. In addition to supporting the people of Sarajevo and the rest of the country with humanitarian aid, we continued to organise concerts – 80 only during the war time – maintaining our profile, which is primarily cultural.

Even today, we continue our work by organising events, publishing books, and promoting culture in general. In this sense I would say that our community, despite the losses of the '90s, is alive and well.

The Catholic community will of course welcome the Pope with great enthusiasm. What do you think will be the attitude of the rest of the Bosnians towards this visit?

I met, also recently, with the Grand Mufti of Bosnia and Herzegovina, reis ul ulema Husein Kavazović. The leader of the Bosnian Islamic community expressed his support to this visit from the outset, and said that his community will do all it can to support it. The Bosnians await the Pope with an open heart, I would say with love, as shown by several surveys. Maybe part of the Serbian politics in Bosnia and Herzegovina is not thrilled, but I think the majority of Serbs in the country will welcome the Pope. It is important to remember that the Holy Father is not only coming to visit Catholics, but also – as head of State – for the whole of Bosnia and Herzegovina and its citizens. Everyone knows that the Vatican has always supported Bosnia and Herzegovina as a multiethnic, multi-religious, and sovereign country. Pope John Paul II, today a Saint, spoke of Bosnia and Herzegovina as many as 263 times. This is a sign of the affection for and the importance attached to this country. If we look at the billion and two hundred million estimated Catholics in the world, we are nothing. Yet, Pope Wojtyla also appointed a cardinal in Sarajevo whereas we, if judging from the size of our community, would not even deserve an auxiliary bishop (smiles).

There is a matter that divides the Vatican from a part of the Catholic community in Bosnia and Herzegovina – Medjugorje. It is a place visited by millions of faithful from all over the world, but that the Vatican does not recognise. Could this affect the success of the Pope's visit?

I do not think so. It is true that a part of the Church in Bosnia and Herzegovina is divided on this. Some claim the supernatural dimension of this phenomenon, some no. It is clear that Medjugorje is currently one of the greatest Catholic phenomena in the world, a place visited by many people, and it is clear that this is not a simple matter, because it is still ongoing and there are the so-called secrets of the visionaries. However, we must remember that the Vatican has already created an international commission, headed by Cardinal Ruini, that just completed its work and presented its conclusions to the Congregation for the Faith and to the Holy Father.