Memories of a Bosnian Roma 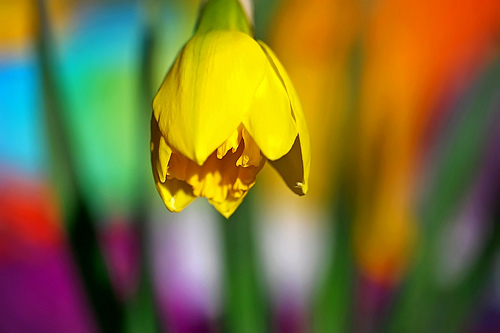 20 years ago a group of Serb paramilitaries destroyed a Roma village in Eastern Bosnia, killing all the residents. A child survived and, today, he is asking for his people justice before the Belgrade's War Crimes Prosecutor

We had just come back home. My father worked as a bricklayer and had decided to take us all to Serbia for some days, because the situation in Bosnia was very tense. After a while things appeared to be improving, and  everyone was saying that there would be no war. So we returned to Skočić, near Zvornik, where we lived. On July 12th, at approximately 9 in the evening, two trucks full of soldiers came into the village.

Was it the Yugoslav army?

No, they were paramilitaries. It was the band of Sima Bogdanović, Sima “the Chetnik".

Did they come from Bosnia or Serbia?

We were all in our houses. They forced us to go out and took everything, then they raped my sister and the other women. At the end, they put men in one truck and women and children in the other one. They took us to another village, Malešić, near Kozluk. The pit was already prepared. They made the men get out of the truck, one by one, and killed them. When it came to me [Zijo was 8 back then] I shouted for my mother and they told me: "You will go to your mother now". They put me in front of the truck, telling me to be quiet. Then they hit me. They thought I had died and threw me in the pit where the other corpses were. I stayed there for a while, then, when regained consciousness, I got out and ran to the woods.

The indictment of the Belgrade War Crimes Prosecutor

According to the Belgrade War Crimes Prosecutor, 22 people were killed on July 12th, 1992. Another one was killed in Skočić, where the Roma were tortured before being taken to Malešić.

Yes, it was more or less ten in the evening, it was dark. The trucks were still there, I could hear the voices, the screams. I found an abandoned house, I got in and fell asleep. In the morning, I realized that I had been wounded, there was blood on my left arm. There was another house outside, with smoke coming out of the chimney. I went there, there was a woman in front of the house. I called out to her but she went back in when she saw me. Two men wearing the green uniform of the Yugoslav Army  came out of the house: they took me in, fed me and then brought me to Kozluk, where there was a small hospital. We passed the place where the bloodshed had taken place, I saw a scarf belonging to a Roma woman of my village who used those coloured scarfs...

Only Roma people lived in your village?

I told the soldiers that something had been going on there, they got out of the truck for a quick look, then we headed to the hospital. Near the hospital I saw the soldiers from the night before. A young woman, Dragana, was with them, I immediately recognized her. She took my hand while I heard the two soldiers speaking to Sima the Chetnik. Sima told them to leave me to them, that they would take me to the hospital in Zvornik. The two soldiers refused to do so, they said I was under their responsibility and in the end they prevailed. They took me to Zvornik, waited there with me until the UNICEF people came and signed a document stating that the soldiers had left me with them. I stayed in that hospital until the end of December 1994. Then, thanks to a foreign organization from Norway, I was taken to Igalo, in Montenegro, to an institute by the sea, Doctor Simo Milošević's institute, where I stayed for one year and a half.

Was it an orphanage? 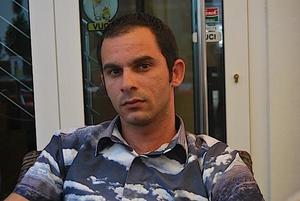 No, it was a children's institute where a lot of children from Bosnia were taken: the Norwegian organization took them there to heal their traumas. Later on, when I recovered, the UNICEF of Podgorica left me in the care of the Mladost orphanage in Bjela, near Herceg Novi, still in Montenegro. I stayed there until 2001, then they took me to another orphanage in Bosnia, in Tuzla, where I finished school and became a cook. In the meanwhile, an organization in Tuzla, Tuzlanska Amica, had built a foster care house, "The Parrot House". On October 9th, 2005, the house was inaugurated and I was among the first to get in, together with 3 or 4 other young men. I stayed there for two years and a half, then, thanks to a "twin schools" program between a school in Tuzla and one in Rimini, I came to Italy and had the opportunity to study in a culinary school.

Were the people who killed your parents arrested?

In 2004, a cousin of mine told me that I should go to Court and start a proceeding for the events that occurred in my village. After some months, I decided that yes, that I would fight and that I would testify. I am a Roma, but I grew up among Serbs, Montenegrin, Croatian, Muslims, I don't even speak the Roma language, I grew up with other languages. But the Roma are my people, I wanted to testify. All over the world, they say that in Bosnia there are only Serbs, Croatians and Muslims. We, the Roma, the Jews, the "others", we are not even considered people, we are like animals. I wanted to testify this, I wanted to say that we exist too, and I started the proceeding for my family, for my village, to prove that we are human beings too. In Belgrade I met Nataša Kandić, a human rights activist. She helped me a great deal, we started the proceeding together.

Did the Roma organizations support you?

No, the Roma did not help me, even if in Tuzla there are plenty of Roma NGOs. However, I have made it even without them. The Serbs, the Montenegrin, the Muslim, my generation, my friends helped me.

The Belgrade Centre for Human Rights...

Yes, without them, without Nataša Kandić, I could not have made it.

Did you make your statement before the International Criminal Tribunal for the ex Yugoslavia?

No, at that time the Hague Court did not accept any other new case, it was focusing only on major cases. We decided to resort to the Belgrade War Crimes Prosecutor.

Yes, in 2009. Sima “the Chetnik”, that is Sima Bogdanović, and other 4 people were arrested. Three people are still free. Sima's son, Damir Bogdanović, was indicted too; although he is still a free man, he can't get out of Belgrade. The woman, Dragana, should have been charged too but she became... They said that she was not herself any more, that she had gone insane.

Are they all Serbs from Serbia?

I think some of them come from Bosnia, but most of them are from Serbia. They are from Ruma, Šabac, from the other bank of the River Drina. In the end Dragana too was charged, some months ago she recovered from her mental illness, that's what they told me.

Where do you live and what do you do today?

I work as a cook in a hotel in Tuzla.

Work is going well, I can't complain. The problem is that in Bosnia the crisis is hitting hard, you never get your salary, or you get it much later than it is supposed to come. But I am lucky, my landlady is a good woman, she understands...

Do you talk about your story?

There is an Italian organization, the Alexander Langer Foundation, which asked me to meet young people in schools, telling them what went on in Bosnia and Herzegovina, in former Yugoslavia. I meet students and tell them about me, my story and today's situation in my country. I forgave everyone, I want to go on.

Yes, because I want to go on with my life. Hatred will not lead me anywhere. Those Serbs took everything away from me, Sima the Chetnik and the others. But those two Yugoslav soldiers, they were Serbs too, they saved me, they took me to the hospital. The Montenegrin, they are Orthodox too, they helped me. It is not important if your name is Mujo or Nikola, if you do the sign of the Cross or not, if you are white or Chinese. You only have to see if a man is a man, and try to go on.