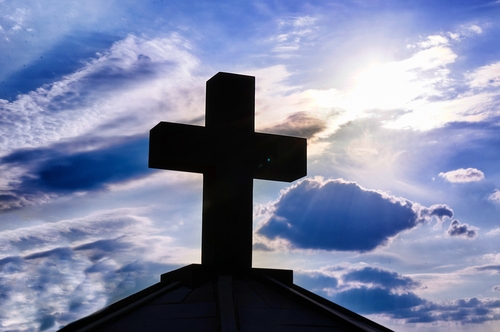 Revelations on the sexual abuses by the Tuzla bishop - Karadžić and Mladić’s spiritual guide - have dragged the Serbian Orthodox church through one of the major scandals of the latest years. The victims’ declarations, the reconstruction by the Bosnian reporter who was able to get a hold of the records of the witnesses’ depositions

In his letter from October 2012, the Patriarch of the Orthodox Church decided to turn directly to the Prime Minister, Ivica Dačić. In his missive, Irinej expressed his concern over the “moral” ‘image’ of Belgrade and Serbia, “our centuries-long Christian culture and the dignity of our family, as the foundation block of humankind”. ‘I am writing to you all on behalf of the Serbian Orthodox Church and its followers – he added – Authorities must take immediate action to bring this scandal to a halt’.

Irinej, though, was not referring to the cases of pedophilia reported from the summer of 2012 and which were starting to worry the public opinion. On the contrary, his were shocked invectives pointing the finger at the Belgrade gay pride. It is hard to believe that Irinej ignored the news which, despite all attempts at a cover-up, would, in the months to come, be so momentous as to shake the whole ecclesiastic structure in Serbia and Bosnia Herzegovina. Before a dedicated committee led by Nikšić’s bishop, Joanikije, monks, seminarians and other religious people started disclosing the sexual abuses carried on by the Tuzla and Zvornik bishop, Ljubomir Kačavenda. Those abuses lasted decades.

‘Kačavenda asked me to bring him 10-year old children’

The first to talk about what happened was Bojan Jovanović, a former pope that has serviced in Kačavenda’s episcopate before taking his distance, once and for all, from the ecclesiastic world.

The bishop of Tuzla is not a secondary character, among the Orthodox ecclesiastic authorities. He was harshly criticized in the past, also because of his behavior during the war. Born in 1938 in Sarajevo, Ljubomir Kačavenda was a spiritual guide for Ratko Mladić and Radovan Karadžić. This can be seen in numerous videos, upon the fall of Srebrenica, while he wishes for the ethnic cleansing of the territory conquered by the Serbian militia. His persona did not come out totally immaculate from the war years: in 2009, the association Žena-Žrtva Rata (Women-victims of war) gathered the testimony of a 16-year old Muslim girl from Doboj who accused Kačavenda of raping her after forcing her to be baptized.

Jovanović met Kačavenda for the first time in 1998. Everything seemed normal, at the beginning, even though he soon realized what kind of friends and business this ‘bunch of pedophiles and their leader’, as he described them, had. This former man of the church later admitted having attended the “banquets” organized by the bishop, along with many businessmen. In some cases, Kačavenda allegedly asked him to bring him new victims. According to the depositions, he particularly asked for 10-year old children.

After becoming one of the deacons at the bishop's service, Jovanović revealed that he himself was raped repeatedly after arriving in Bijeljina and after being transferred to Kaona's monastery, in Serbia. 'I didn’t know what to do', he admitted in 2011 to Radio Sarajevo. 'I could not leave the monastery and go back home as if nothing had happened. But I could not go to the police, either: no one would have ever believed my accusations to be true'.

Bojan's first charges were pressed 12 years ago: a young seminarian, Milić Blažanović, had just been found dead in unclear circumstances, in Paprać's monastery, after having rejected Kačavenda's advances. Those first accusations were withdrawn almost immediately: 'They threatened to kill me', Jovanović said. 'They forced me to withdraw everything, with a letter where I declared that the accusations were just the fruit of my sick imagination'.

Things changed in 2010, when Dejan Nestorović, a famous Serbian male stripper, took a picture in the company of Kačavenda in the Bijeljina Episcopalian church. The picture went immediately public and created quite a stir and Nestorović admitted he had personal relations with the bishop. In exchange for his silence, the young man was given 50.000 Euros to attend a private university in Rome.

At that point, the situation called for a break in silence and Bojan took advantage of it. 'I met Bojan a few years ago', Vuk Bačanović tells Osservatorio Balcani e Caucaso. A reporter for the Sarajevo weekly Dani, for two years he has been trying to carry on the investigation on the scandals of the dioceses of Tuzla and Zvornik. 'At the time, though, he was not ready to reveal everything he knew. Things have changed in the past two years: more and more people have started breaking the silence around cases of pedophilia and sexual abuses that concern them. Even Blažanović' family, who had kept quiet for over ten years, decided to recourse to justice. Without a shadow of doubt, this is the most serious scandal in the history of the Serbian Orthodox church. The same Patriarch Irinej was aware of Kačavenda's crimes and the rumors that went around on Tuzla and Zvornik's dioceses. Indeed, usually the priests servicing there were never transferred. They feared that the same scandals could repeat elsewhere'.

In the summer of 2012, the Synod of the Orthodox church decided to start an official investigation, requesting Nikšić's bishop Joanikije do the interrogations. Dani was able to get a hold of the records of the witnesses' depositions and started publishing them weekly. 'It is not easy to shed light on this matter', Bačanović admits, 'almost all witnesses fear for their life and must remain anonymous'.

Faced with what seemed a would-be landslide, the Synod decided to batten down the hatches with the most classic solution: have Kačavenda officially “retire” for “health reasons”. For Jusuf Trbić, a reporter and President of the Bijeljina Bosnian cultural community Preporod (Rebirth), this is encouraging, even though it is highly unlikely that harsher sanctions will be applied. 'For us Bosniaks, bishop Kačavenda embodies all the rottenness from the past 20 years', he told Deutsche Welle. 'One way or another, all the terrible things that happened in this region during the war are connected to his name. Finally his behaviors are starting to be known by the public'. He concludes, ‘However, it is unacceptable to think that he will probably not be brought to justice for his crimes'.