Bosnia and Herzegovina, a country in a coma 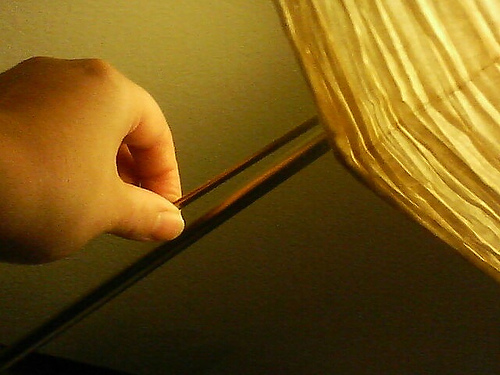 Bosnia and Herzegovina is today an ungovernable country where institutions are blocked, power is shared at the citizens' expenses, and democracy itself is in danger. The view of journalist and political analyst Almir Terzić

After a long process to form the new government, the Council of Ministers is currently in crisis. What is the political situation in Bosnia and Herzegovina?

Bosnia and Herzegovina (BiH) at the moment is in a serious political crisis, to the point that it could be compared to a comatose state. Since the signing of the Dayton Peace Agreement (1995) onwards, there have been more or less important crisis, but today's is by far the largest. There has been no progress on the issue of the Euro-Atlantic path from the second half of last term (2006-2010), but rather constant setbacks. The last step was made in 2008, with the signing of the Stabilisation and Association Agreement with the EU. Stagnation has increased with the new government after the parliamentary elections of 2010.

I believe that the cause of all that is the failure of the so-called “April package” of constitutional amendments. Since then, the international community has stepped out of the decision-making process. The leaders of different political parties continue to act only on a national basis, and in recent years have clearly demonstrated that they can not agree, and often do not even want to, because the introduction of European legislation goes to their disadvantage. Their goal is to keep BiH in a state of disorder as long as possible, because this is the only way political leaders, under the guise of defending alleged national interests, can remain in power. BiH was way ahead in the process of approaching the EU, but in a very short time it ended up at the bottom of the race in on a regional level.

The creation of a new parliamentary majority in June 2012, a few months after the formation of the Council of Ministers, has only increased the intensity of the divisions within the country, behind the screen of a false defence of national interests. People were expecting a lot more from the social-democratic option, particularly from Milorad Dodik's Independent Social Democratic Party (SNSD) and Zlatko Lagumdžija's Social Democratic Party (SDP). In the end, however, it turned out that these two parties, in combination with the nationalists, are the main generators of the crisis. This will surely last up to the elections in 2014, with possible aggravations.

Almir Terzić is a journalist of Sarajevo's daily Oslobođenje. He has chronicled the internal political work of the Parliament and of the Council of Ministers of Bosnia and Herzegovina (BiH), the electoral process, and the work of international organizations in the country for over ten years. He is the author of policy and electoral analysis on Bosnia and Herzegovina, on the electoral law, conflict of interest law, and party financing law. Transparency International BiH published his analysis of the election campaign during the elections of 2010, and he collaborated in the publication "A critical analysis of the electoral law" on the Bosnian electoral system, published by the Centre for Civil Initiatives (CCI) of Bosnia Herzegovina with the support of the Council of Europe. He is a member of the advisory group set up under the project "Study of the social integrity system in BiH 2011", funded by the European Union Delegation in BiH and implemented by Transparency International BiH. He is a consultant on election legislation matters for the CCI BiH and member of Transparency International BiH and the Helsinki Committee for Human Rights in Sarajevo.

What are the reasons for the current conflict between the Party of Democratic Action (SDA) and the Social Democratic Party (SDP)?

The SDP, after a decade at the opposition, had developed a strong desire to go to the government, especially to strengthen its position in the state-owned companies, where power is concentrated. The Government of the Federation of Bosnia and Herzegovina (FBiH), one of the two entities in which the country is divided, for months after its formation has dealt exclusively with the appointment of directors of companies and public institutions. Allegedly, the conflict broke out between SDP and SDA because of the latter's opposition to the adoption of the budget for 2012. In fact, the reasons are much deeper.

The SDP wanted to amend the Law on Internal Affairs of FbiH, in order to dismantle the independence of the police and rule the media, primarily the federal television (FTV). The SDA opposed this. The SDP also got companies formerly run by the Party for Bosnia and Herzegovina (Stranka za BiH), SDA's partner in the previous government. The financial situation of these companies was not brilliant, so the SDP sought to expand its influence, finding the only chance in telecommunications – the Telekom is the most profitable state company. The SDA, however, tenaciously defended this company from being controlled by the SDP. I think this was the straw that broke the camel's back.

The SDP decided to discontinue any relationship with the SDA and began to fire its public servants. It found a strong partner in the BiH Croatian Democratic Union (HDZ BiH), another party only interested in positions of power. The bitter rivals joined to pursue the division of the state treasury in the interests of the party, under the false claim of defending national interests.

What is the true meaning of the Agreement recently signed between SNSD and SDP, and what are the reasons for the strong reaction expressed by civil society? Why does not the agreement mention the Sejdić–Finci verdict?

A detailed look at the agreement shows that Lagumdžija and Dodik want to turn Bosnia and Herzegovina into another Belarus and play the role of undisputed lords. Lagumdžija would become the lord of the Federacija BH, Dodik of Republika Srpska (RS). Dodik already is, but the agreement with Lagumdžija would keep him there for the next years, perhaps decades. Just consider that the proposed amendment to the electoral law, contained in the Agreement, provides for the closure of the list of candidates, which means that the next seats in parliaments and assemblies would belong to political parties rather than those who are elected. The introduction of the so-called "imperative mandate" is the worst form of suffocation of democratic processes and demonstrates the complete disregard of citizens' will.

Lagumdžija and Dodik also want to eliminate the main centre of the counting of votes at the state level, which only in the last elections unveiled 100 attempts at electoral fraud. Were it not for this control system, all those irregularities would have passed and the election results would have been far different in many municipalities. If the elections were conducted by the electoral commissions of entities and municipalities, as suggested in the Agreement, not only would the electoral process in BiH fall apart, but this would open up the possibility of manipulation and electoral engineering.

This is a really crucial aspect which would guarantee the presidents of SDP and SNSD maximum durability in power, no matter the will of voters, who have significantly reduced their preferences for these two parties in the last administrative elections. SDP and SNSD fear defeat in the 2014 elections, and with this agreement they seek to avoid it. Civil society organizations, for the first time, have opposed all together (300) and prompted local and international institutions, primarily the Council of Europe, to do something in defence of democracy in BiH.

The agreement between Dodik and Lagumdžija also contains an attack on the independence of the judiciary, in particular through the proposed amendments to the system of appointment of judges, which would be transferred from the High Council of the Judiciary to the parliament. Other problematic issues relate to the functioning of the Central Bank and public energy companies. The verdict of the Strasbourg Court in the case of Sejdić-Finci, on the issue of ethnic exclusivity for certain public offices, was not taken into account simply because it would be against the interests of political leaders and in favour of citizens'.

What is the role of the international community in this scenario?

In recent years, the international community in Bosnia and Herzegovina has adopted a rather passive role. The Office of the High Representative (OHR) has virtually disappeared, the OSCE mission now acts more as a consultant than anything else, just like the office of the Council of Europe. The same can be argued for the Delegation of the European Commission in Sarajevo and his representative, Peter Sorensen, from whom we expected much more in terms of pressure on local politicians to lead the country along the Euro-Atlantic integration path. Instead, everyone constantly repeats that the whole responsibility lies with the local leaders. Yes, I agree, but Brussels must have seen that local politicians do not have a shred of sense of responsibility...

The interests of parties continue to be dominant over those of citizens, which is why we are where we are: in a coma. The rumour circulates in the public opinion that the Lagumdžija–Dodik agreement is supported by the international community, but I do not believe it possible, or Stefano Sannino, Director General for the EU enlargement, would not have written a letter to the Bosnian government warning it not to touch the resources of the state electricity company. It would be contradictory. I do agree, however, that the international community could and should do more.

I think it is imperative that the BiH become part of NATO and EU candidate at least. If the international community exerted more pressure on the government to achieve these goals, many things would change. Citizens may breathe a sigh of relief, and international officials could reduce their influence. Invitations to local leaders to assume their responsibilities, however, will not bring anything. The greatest progress and reforms in Bosnia and Herzegovina were made between 2002 and 2006, when the international community had an important role in decision-making. Sad, but true.

What could resolve the political crisis in Bosnia and Herzegovina?

Simply, party leaders should just work for the welfare of citizens. But this will not happen, they have already proven they do not want to. Since I do not think it possible to have an agreement without the SDA, nor even a functioning parliamentary majority, the political crisis will last two more years for sure.

The 2014 elections will be an opportunity to finally solve things. I think it is necessary to amend the electoral law and introduce compulsory voting at least for this election. It is not an anti-democratic measure, it is also applied in developed countries such as Finland, Belgium, and Australia. This system would de-legitimize forever the parties' claim to have the citizens' full support. That 40-45% of voters who now do not go to polls, because they are totally disappointed with the present state of things, could change the situation. Should the situation remain the same after 2014, however, we could say that it is the will of the citizens of BiH. Until then, nor Dodik nor Lagumdžija can be leaders in BiH, because the votes they obtained is hardly ten per cent of the whole electorate.