A Memorial on the Diamond Road 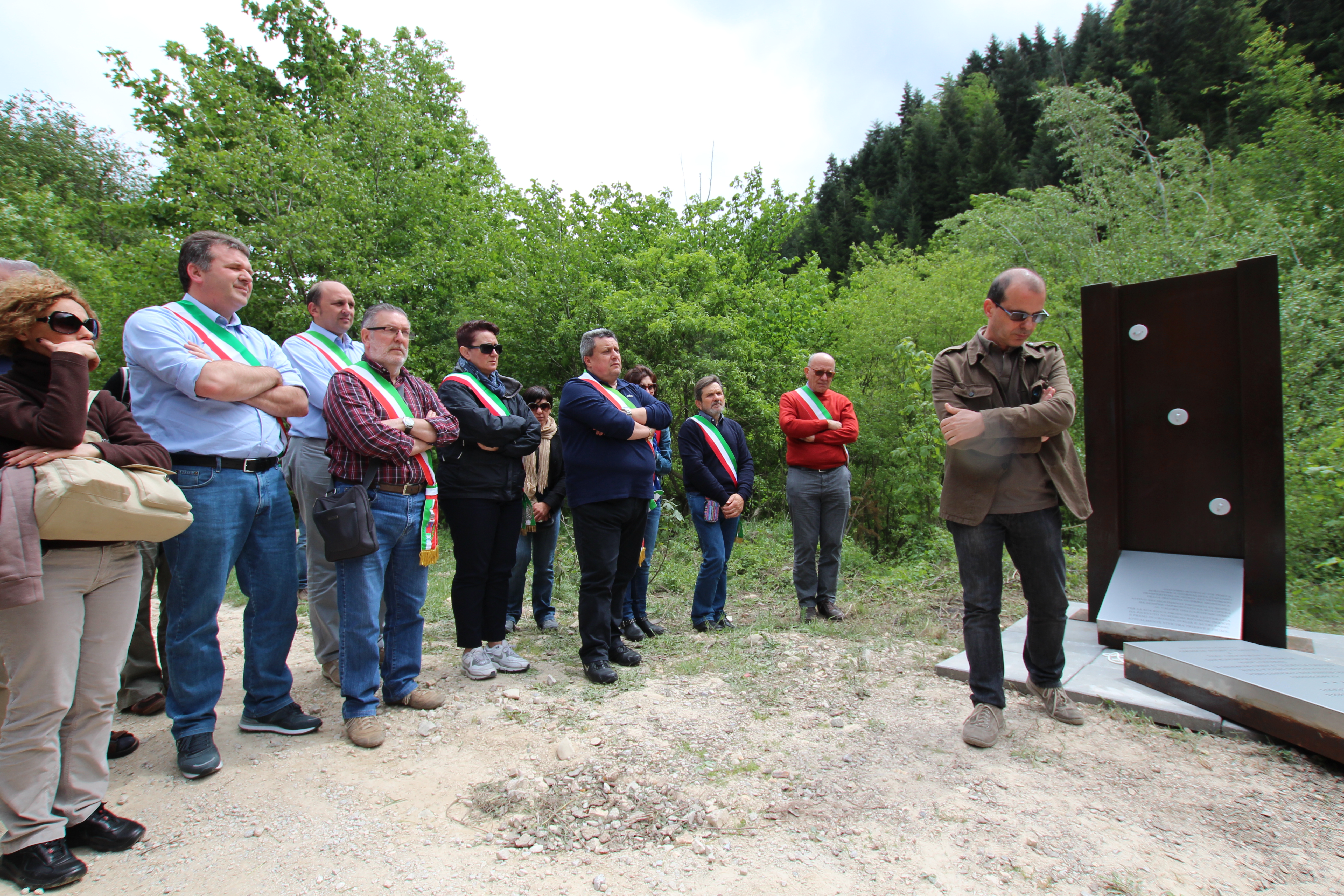 Friends and family members have placed a memorial stone on the site where three Italian pacifists, Guido Puletti, Sergio Lana and Fabio Moreni, were murdered on May 29 twenty years ago while carrying aid to the Bosnian population

“I want to share with you the memory of that day,” is how Agostino Zanotti, one of the two survivors of that bloodshed on May 29, began his long story. In front of him are a group of relatives and friends of the victims, Italians and Bosnians, representatives from the local authorities and the Italian Embassy.

We are on a gravel road, between Gornji Vakuf and Novi Travnik, in the place where 20 years ago the convoy of humanitarian aid, organized by volunteers in Brescia and Cremona to send assistance to the population of Zavidovići, was stopped by the soldiers of Hanefija Prijić.

Wind raised the dust while Agostino spelled out the details of a story revisited who knows how many times. On the United Nations maps this was a section of the so-called “diamond road”, as the long route connecting Spalato with Tuzla was known. It was the only way open to reach Zavidovići, the small town the Italian volunteers were linked to by a friendship from before the war.

Just a few hundred metres downhill, outside Gornji Vakuf, the United Nations forces had given their permission for the trip. But at this point the Italian lorry and jeep were halted by the Bosnian soldiers.

“It was half past four in the afternoon. In this season. In front was the lorry with Fabio and Sergio. I was behind in the Lada with Christian and Guido. The soldiers stopped us here and straight away Paraga [Hanefija Prijić], their leader, arrived.”

Those present can picture the story: Agostino left out no details, exactly as he had done 10 years previously in the Law Court in Travnik, in front of Prijić and the judges.

“After they'd stolen everything from us, two soldiers escorted us into the wood. We understood they were about to kill us. We were lined up – Guido first, then Christian, Fabio, Sergio and I was the last.”

The soldiers' last acts were to tear the crosses from Fabio and Sergio's necks, before starting to fire their kalashnikovs, while Fabio screamed, “Why?”

Agostino and Christian were able to make a hazardous escape, one diving into a river and the other hiding in the wood, to meet up only two days later.

The five volunteers belonged to the “Brescia Coordination for Solidarity Initiatives”, a secular association which took aid to the Bosnian population and helped fugitives from the war in Italy, and the group “Caritas Ghedi”. Guido Puletti was a journalist, Christian Penocchio is still a photographer.

The monument placed on Friday at the point where the convoy was stopped is the work of the Brescian artist, Piero Zanotti, Agostino's brother. It is in two parts, “to show the fracture, the violent act which separated the group of five.”

In the course of the short ceremony Esther Puletti, Guido's sister, joined the two elements with a rope, “to confirm the physical separation, but also the persistence of unity.”

The mayor of Gornji Vakuf-Uskoplje, Sead Čaušević, expressed his condolences to the families of the victims and “respect for those who gave their lives for a better Bosnia Herzegovina.”

Suad Omerašević, mayor of Zavidovići, the town the pacifists were heading for and where today there still continues the experience of cooperation and solidarity begun in the 90s, speaking to those present, thanked them “for having found the strength to accept that what happened on May 29 does not belong to Bosnia Herzegovina, and for having maintained the bridge of friendship that was created with this country.”

The representative from the Italian Embassy, Ilaria Ragnoni, expressed the Embassy's sympathy, remembering “the many Italians who brought aid to the Bosnian people during and after the war.”

The weight of impunity

Hanefija Prijić, leader of the group responsible for the killings, was condemned at the second hearing by Bosnian Justice on April 3, 2002 to 13 years in prison for the murder of the three pacifists. He served part of the sentence in prison in Zenica before being admitted to the regime of partial freedom. According to the calculation of the punishment, next summer he will be completely free. During the trial he never said why, after having robbed the Italians he consigned them to the soldiers to be killed.

The actual, material perpetrators of the killing have never been identified. They are two of the (many) criminals who have never spent even a day behind bars for crimes committed in Bosnia in the 90s.

A woman from Srebrenica, a friend of the pacifists, embraced Guido's sister. “I know what it means to bury a brother. I have buried two, besides my husband and my son.”

The civil ceremony terminated after the last statements on the part of the institutions. Also participating were local organizations from Alba, Brescia and Cremona, the three communities which, after May 29, set up the “Local Democracy Embassy” at Zavidovići, and Caritas in Bosnia Herzegovina.

Twenty years after the event, no-one is able to give an answer to the question screamed by Fabio Moreni.

There remain a monument in the wood and the inscription by the poet and writer, Giacomo Scotti:

This stone was placed by their comrades.”