"We are losing the Balkan lynx" 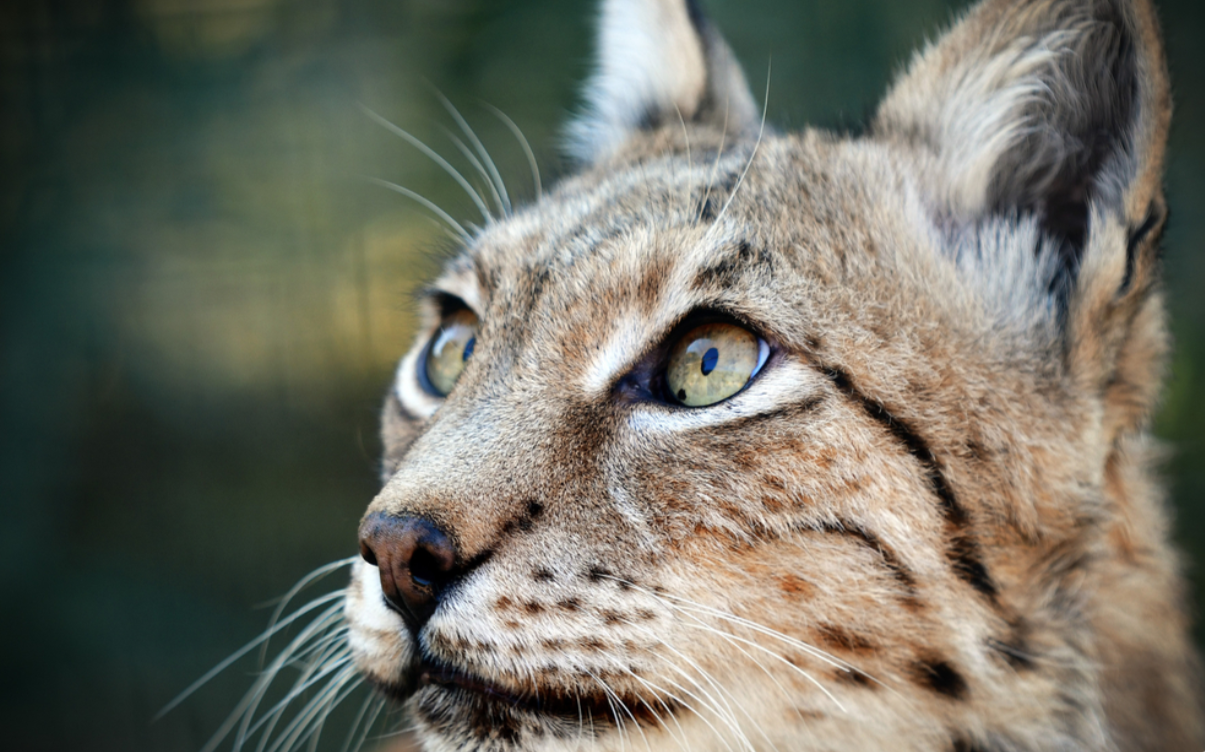 The results of the latest surveys on the Balkan lynx, present only in the mountains of North Macedonia, Albania, and Kosovo, do not bode well for the future of one of the most endangered mammals in Europe

“Devastating results”. Thus the report of the Balkan Lynx Recovery Programme , the international team responsible for the protection of the Balkan lynx, describes the progress of the latest camera trap survey that took place in 2021.

In four months, the network of 151 devices scattered throughout the area captured just one specimen in Kosovo, four in two separate areas of Albania, and just five in Mavrovo National Park, in North Macedonia. The latter is especially concerning, as the area is considered key to the survival of the feline. Three years ago, the number of specimens photographed was double.

The Balkan lynx is a population of the Eurasian lynx. Although not universally recognised as a subspecies, it has unique characteristics related to its prolonged isolation. Compared to its European neighbours, it has sharper spots and a genetic heritage of its own that has been consolidated over a history spanning at least 45,000 years. It has been included in the IUCN Red List of Critically Endangered Animals since 2015, and is protected by all major international wildlife conventions.

It was once widespread throughout the peninsula, but today it lives exclusively in the rugged mountains that separate North Macedonia, Albania, and Kosovo. According to experts, fewer than fifty specimens remain alive, more likely just about thirty.

So far, however, the monitoring had described a very slight but constant recovery of the population. How can this sudden decrease be explained? “That's what we're still trying to understand”, says Dime Melovski, a biologist at the Macedonian Ecological Society. Missing individuals are not necessarily dead. Some, young or newly arrived, may simply have travelled different routes from the usual ones in which camera traps are found.

For this reason, the team decided to continue the surveys in seven observation stations indefinitely. But the results were even more disappointing, admits the biologist, who in these days is preparing for yet another expedition, in the middle of winter, on the trail of the feline.

Between deforestation and poaching

Despite the species being protected for decades, certain houses and restaurants of Albanian and Macedonian mountaineers still proudly display a stuffed specimen. At least fourteen have been killed since 2006: a number that is far from negligible in relation to the very low total population.

Yet, according to experts, poaching is not the only cause of the dead end the lynx seems to have ended up in.

The survival of the animal depends on that of its prey, especially roe deer and chamois. Hunting them is legal, but the collection is often planned with unscientific criteria, and above all with little control. Apparently, however, prey is not in short supply in the area. Another factor, much more political, weighs much more: the inexorable degradation of habitats throughout the region. 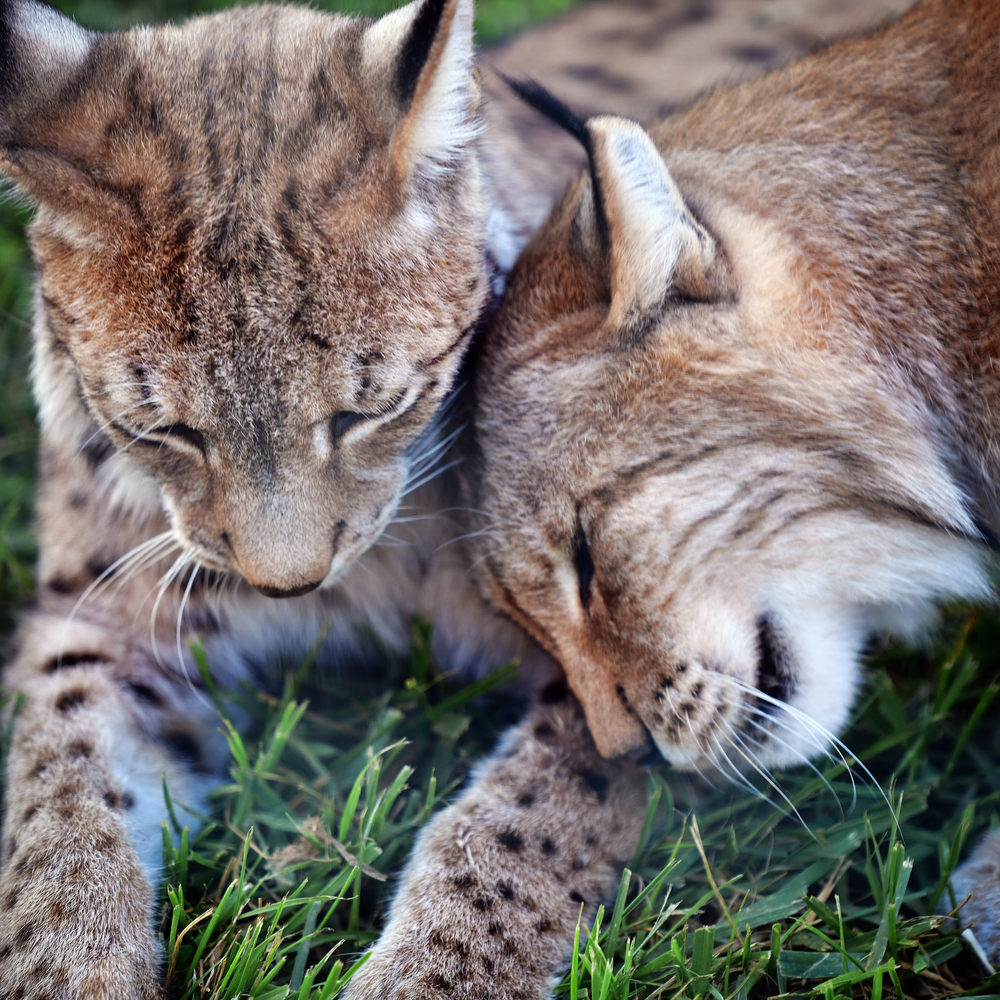 The forests of these countries, reads the latest report of the Recovery Programme, are managed in a way that is anything but sustainable. Between 2000 and 2012 Albania and North Macedonia lost 6.78 and 4.88% of their forests respectively. Sometimes the harvesting of timber, often but not always illegal, is accompanied by acts of poaching and fires, even in areas that are crucial for the reproduction of the animal.

It is not just a question of extension, but of the quality of the undergrowth and fragmentation: due to roads, ski slopes, and other infrastructures built without adequate planning, lynxes are often forced to abandon certain areas, ending up dividing into ever more groups. small and far from each other.

With the population reduced to a few dozen specimens, the cases of mating between relatives have multiplied. The resulting poor genetic turnover risks exposing the next generations to hereditary diseases, making the situation even more critical.

Today the reproduction rate of the Balkan lynx is so low that probably, even if it were no longer disturbed, it would still be destined to disappear within a few generations. The only solution, Melovski explains, could be a form of "genetic rescue", that is, to encourage mating with males from neighbouring populations such as those of the Carpathians or the Caucasus. But it is a complicated and expensive possibility, which would also partially reduce the specificity of the animal. But at this point all the ways must be taken into consideration.

In fifteen years of activity, the Balkan Lynx Recovery Programme has become one of the most profitable international projects in the region, straddling science and concrete safeguards actions.

The team, made up of organisations and volunteers from North Macedonia, Kosovo, and Albania, German Euronatur, and Swiss foundations Kora and Mava, is dedicated both to research on the biology of the animal and to concrete actions for its possible conservation, including awareness-raising.

While initiatives continue in the mountains to consolidate a relationship with breeders, forest rangers, tour operators, hunters, and anyone who lives or works in the woods frequented by the lynx, the cities focus on education. The Natural Sciences Museum in Tirana has set up a dedicated educational space for children, teachers, and families which has had some success.

Last December a group of volunteers supported by the Albanian community who emigrated to Germany and Austria carried out reforestation in the Munella mountains, the most important breeding area of the feline in Albania. The organisers hope to limit the effects of a cold shower that has recently arrived from the upper echelons of politics: the government has reneged on its promise to create a national park in Munella, opting for a much milder form of protection and less than half the size of 50,000 hectares promised.

But beyond formal support, it is not only Albanian institutions that behave in a contradictory way.

North Macedonia, for example, has for years shown a certain aversion to protected areas, mitigated only by the last government that took office just over a year ago.

Between 2012 and 2017, the Recovery Programme team was even expelled several times from the Mavrovo park, the most important breeding area. The object of the dispute was the hydroelectric plants that the government planned to build in the heart of the park, dealing a fatal blow to the habitat of the feline.

In Mavrovo it was the presence of an iconic animal such as the lynx that convinced investors, mostly from Western Europe, to finally put the dam project aside.

The Balkan lynx is in fact a typical "flag species": elusive and fascinating, it is capable of striking the common imagination, triggering a virtuous circle of protection both of the forests in which it lives and its prey. 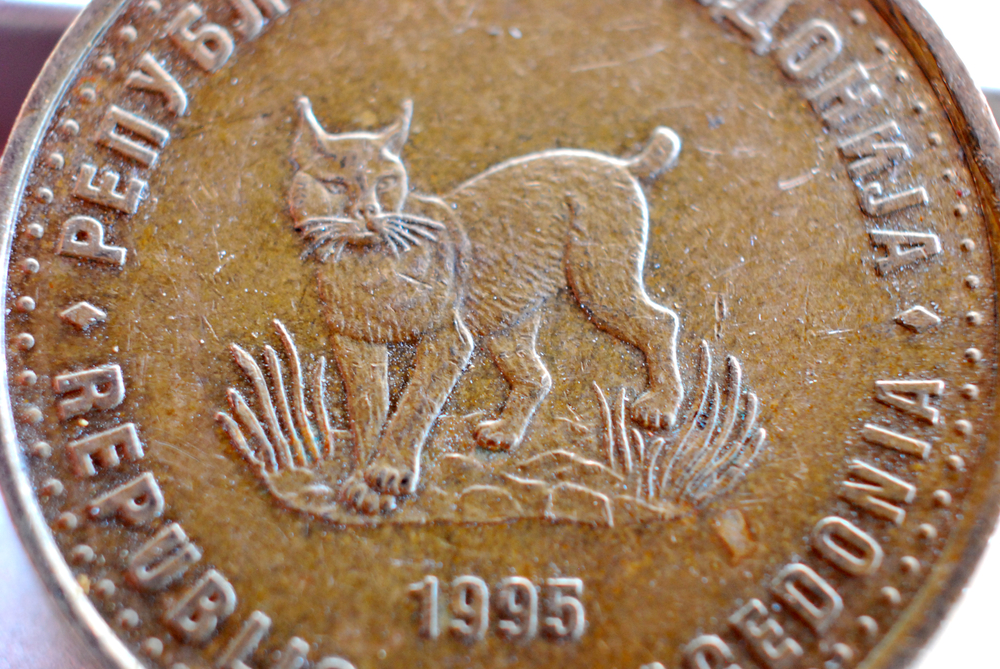 Animal symbol of North Macedonia (where it is depicted on the 5 dinar coin), it is beloved by the population of all the countries concerned, also thanks to the fact that, unlike wolves and bears, it never preys on farmed animals.

But the lynx is also a fundamental visiting card for the sustainable development of some of the wildest mountains in Europe, such as Bjeshket and Nemuna between Albania and Kosovo, the Sharr massif – once the home of Yugoslavian skiing and now in the midst of the crisis of identity, the imposing Mavrovo. The area falls within the Balkan stretch of the European Green Belt, the ideal corridor of green areas with a high naturalistic value that follows the route of the former Iron Curtain and other once "hot" borders of Eastern Europe.

Intensive hunting and habitat destruction are centuries-old phenomena. At the beginning of the twentieth century, however, there were isolated populations in areas very far from today's range such as Slovenia and Bulgaria.

During the short century, however, things changed very rapidly, and by the outbreak of the Second World War the feline was already one step away from disappearance, with an estimated number of even between fifteen and twenty adult individuals.

After the war, things changed: Yugoslavia banned hunting in 1949, and set up special nature reserves for its conservation. Twenty years later, Albania also declared it protected. The population was thus able to grow again until the 1980s, reaching almost three hundred specimens, a number that scholars believe to be quite safe for the animal's survival.

But with the turbulent nineties the situation worsened. Between the dissolution of Yugoslavia, the war in Kosovo, and the collapse of the Albanian state, wild logging and poaching flourished undisturbed. A new phase of decline began for the lynx, from which it has not yet recovered.

The fate of one of the symbolic animals of the Balkans is not yet sealed, if everyone does their part – scholars, politicians, stakeholders, and civil society. But the time to write a different ending, denounces the latest report from the Recovery Programme, is running out.