Legend: geothermal energy in the Balkans 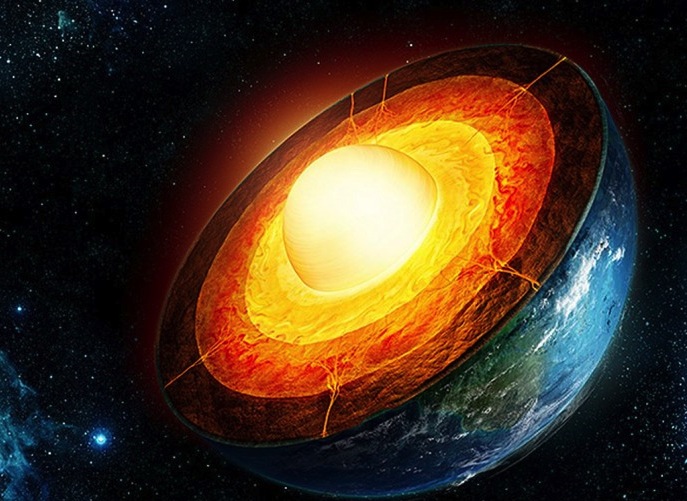 Geothermal energy lands in the Balkans, saving money on bills and curbing global warming. An interview with Marco Meggiolaro, coordinator of the LEGEND project

Geothermal energy, cheap and environment-friendly, remains among the least known and widespread resources. Nevertheless, low enthalpy geothermal heating represents today one of the most promising and efficient solutions to produce heat to be used in homes and public buildings, in cost-benefit and performance terms. Plus, there is the huge potential for mitigating global warming.

Thanks to the project LEGEND (Low Enthalpy Geothermal Energy Demonstration cases for Energy Efficient building in Adriatic area), sponsored by the Province of Ferrara with the support of the European Geothermal Energy Council , awareness of the importance of geothermal energy has started to spread in some Balkan countries. The areas of Croatia, Bosnia and Herzegovina, Montenegro, Slovenia, Serbia, and Albania have optimal geological and climatic characteristics for geothermal exploitation, given the presence of an average-temperature sedimentary basin throughout the western Adriatic coast.

"LEGEND, implemented within the IPA-Adriatic Cross Border Cooperation Programme and formally concluded in Ferrara on Friday, December 12th, is one of the most important investment and direct intervention programs on low enthalpy geothermal energy ever been funded through European structural funds", says project coordinator Marco Meggiolaro. "Thanks to LEGEND, we were able to make very concrete energy upgrading interventions on ten public buildings, in Italy and the Balkans, and particularly on school buildings. And we have involved local partners with the explicit purpose of promoting geothermal energy and building cross-border exchange processes. With one of our Croatian partners, IRENA (the Istrian regional agency for energy, we managed the investments on two buildings in the area of Labin, and the development phase of the project involved a technical institute, with some students building geothermal probes".

"In Serbia and Montenegro, unfortunately, we could not employ resources for concrete investments, as the two countries are in the pre-accession phase”, continues Meggiolaro. “Therefore, they were involved in preparatory activities for investment: in Serbia, a preparatory study was made for an intervention on a sports centre. In Montenegro, an intervention was designed on a cultural centre in the town of Denilovgrad. There was a strong participation among experts, technicians and the civil society overall. This was possible because we involved the Montenegro Green Building Council, which dealt with the promotion of the project".

The EP on renewable sources

Last February, the European Parliament stated its support to legislation involving, by 2030, that 30% of the energy consumed in the EU come from renewable sources (compared to 1990 levels) and that the energy efficiency is improved by 30% by the same date. On the same occasion, MEPs also supported the proposal made by the European Commission to arrive by 2030 to a 40% reduction of greenhouse gases emitted.

The Parliament, however, has deviated from other elements contained in the Commission proposal, which had set the percentage of energy from renewable sources at 27% and made it a goal to be achieved for the entire EU, not binding each individual member state. It also failed to mention the issue of energy efficiency.

Now, targets for 2030 will be discussed and negotiated between the EU governments and the Commission, and we could also wait until 2016-2017 before they actually become law. The 2020 targets remain in force: a 20% cut in emissions of greenhouse gases, 20% of the energy used to come from renewable sources, and a 20% increase in energy efficiency – this last goal seems the most difficult to reach.

The project's pilot country is Italy, one of the leading countries in this sector which is gaining momentum across Europe. For years, it has been well developed in several countries including Sweden, Germany, Iceland, Austria, and Switzerland, which shows that this energy source should be more fully investigated and exploited.

Clean energy in the summer and the winter

Low-enthalpy geothermal energy exploits temperatures around 10-16 degrees within a few meters deep. Through Ground-Source Heat Pumps , a constant temperature is achieved to provide heat to buildings in winter, while releasing it into the environment and therefore cool them in summer. "Unlike high-enthalpy geothermal energy, which is used on bigger buildings", stresses Meggiolaro, "low-enthalpy is more manageable, as it involves the use of geothermal probes a few meters below the ground and the life cycle of the system has a very long duration, with very low running and maintenance costs".

For these reasons, sourcing energy from underground has become a priority throughout Europe as one of the most viable solutions to produce clean, environment-friendly energy, unlike fossil fuels, which released into the atmosphere are the main cause of global warming. In fact, according to the Geothermal Roadmap issued by the European Technology Platform on Renewable Heating & Cooling (RHC-Platform), this source of energy is currently able to offer in Europe a potential equivalent to 4 million tons of oil per year for heating and cooling, amounting to over 15 GWth (giga watt thermal) of energy. In EU countries, according to the RCH Platform , this trend is set to increase and by 2020 it could reach 40 GWth, corresponding to about 10 MTOE (MegaTOE, ie millions of tonne of oil equivalent).

But what are the advantages of using geothermal compared to other sources of renewable energy? "Geothermal energy can be extracted anywhere and the depreciation period hovers between 4 and 7 years, whereas the resource is inexhaustible and management costs become non-existent with time", emphasises Meggiolaro. "But the heart of LEGEND is not the fact that we were able to implement these 10 actions, but that each of them is supported by a real-time monitoring system that, based on some economic and environmental parameters, allows to give visible results that are constantly updated. Key elements, in fact, are the possibility to have everything under control, to be able to measure the depreciation, the clean energy produced, its cost and performance, and the amount of CO2 not released into the atmosphere."

Geothermal energy at home and at work

Today, public buildings or buildings occupied by public services represent about 12% of the buildings in the EU, so this is one of the key areas that needs work to contribute to the mitigation of the release of fossil fuels into the atmosphere, one of the main objectives of the European Commission. "Almost 50% of the energy in Europe is used for heating and cooling. And geothermal energy is one of the most suitable technologies for these purposes", continues Meggiolaro. "Therefore, the public sector and private citizens need to consider it as a viable option. It is important to understand the good example that institutions can give in intervening directly on public buildings – which, by the way, are the first to be subject to the targets set by the EU with respect to their energy improvement".

"This technology, however, can give very positive results not only on new buildings with high-energy performance, but on any building”, continues Meggiolaro. The collective perception is that this technology only works when there is a new building. Yet, we have tested it and proven that it can also be used for buildings of the sixties and the seventies, buildings that are anything but efficient from the energy point of view. This, however, needs very advanced design and enough skills to be able to meet a set of economic, structural, and environmental parameters and ensure that the project can effectively contribute to the energy demand of the building. This is what, unfortunately, is still missing in the Balkans".

Skills and standard gaps in the Balkans

Although geothermal energy has been met with favour in the Balkans, LEGEND experts were faced with many problems, because most Balkan countries have regulations and skills that do not match EU criteria, especially when it comes to the environment.

"The Adriatic area features a patchy market, with know-how polarized in the northern strip and little presence of specialists and technicians in the Balkan countries", notes Meggiolaro. "A lot of investments are needed to create professionals, with specialistic colleges and university courses. Unfortunately, investors in these countries are interested in low investments and quick returns, which is not possible for geothermal. Given the potential of geothermal energy, it could be very interesting to build cross-border supply chains, with the aim of uniting different types of skills – including architects, engineers, geologists and companies – to be able to offer a service on the market".