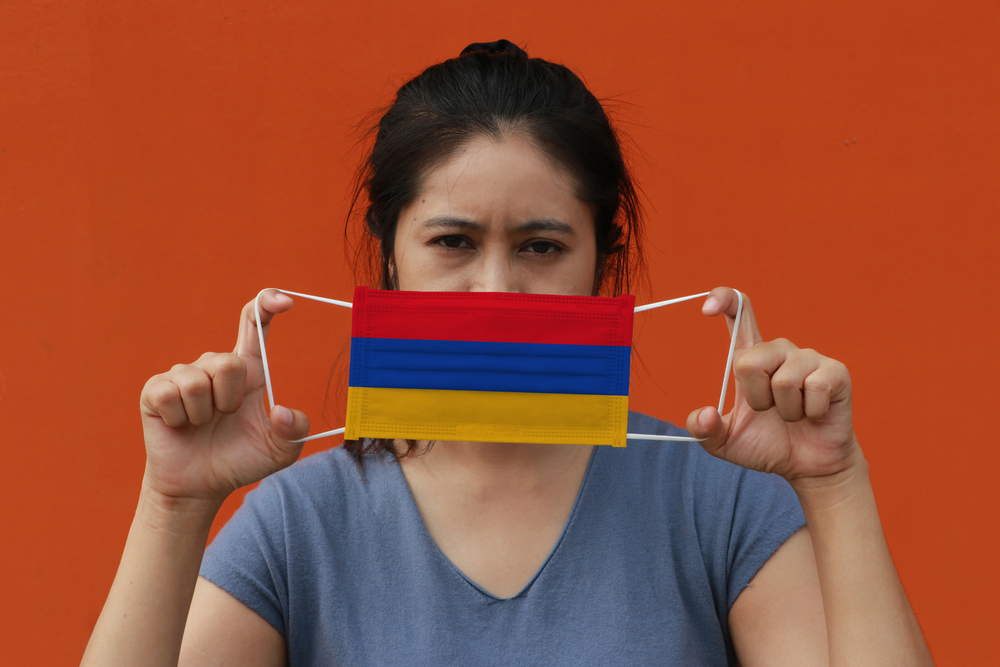 A strong new wave of Covid-19 is plaguing Armenia. The government approves new restrictions and considers the possibility of introducing a pass to enter restaurants and attend concerts

Another wave of Covid is hitting Armenia. According to official statistics, there are approximately 1,000 new cases per day against nearly 3 million inhabitants. The number of deaths also rises with an average of 30 deaths – a very high number compared to previous figures, and despite the strict measures put in place to contain the pandemic.

Armenia has been in quarantine for a year now, with mandatory face masks indoors, thermometers in workplaces and in public places, and hands disinfection. Public officers – including the police – carry out numerous inspections in public places and public transport, 7 days a week. Anyone who violates the restrictions is fined. A business, for example, is fined between 100 and 300 thousand Armenian dram (approximately between 180 and 545 Euros), and between 150 and 500 thousand dram (approximately between 270 and 905 Euros) in case of repeated violations.

A new regulation entered into force on October 1. By order of the Armenian Ministry of Health, workers who are not vaccinated without having substantial contraindications must submit a certificate confirming the negative result of the COVID-19 PCR test every 14 days. In case of lack of vaccination certificate or certificate of negativity, as in the case of violation of the obligation to keep the relevant records, administrative penalties are applied by the inspection body from October 14. Fines range from 10 to 20 thousand dram (between 18 and 36 Euros) for workers and from 40 to 120 thousand (between 72 and 218 Euros) for employers.

"I came to the polyclinic early in the morning and queued for the vaccination: I do it for my safety and to have a vaccination certificate within the deadline set by the government", says Lilit, 40, who had not yet vaccinated because Moderna, the vaccine of her choice, was not available in Armenia.

Lilit works in a private company with not many employees, and they have different opinions: for some, vaccination is very important, while others are still thinking about it. According to Lilit, apart from that, everyone is following the anti-Covid regulations to the letter, because they understand that through these simple rules they can reduce the likelihood of being infected.

“I have never had any doubts about getting vaccinated”, adds Lilit, who studied the information available on the Internet about vaccines and waited for Moderna to arrive in Armenia. 50,000 doses of Moderna's Spikevax vaccine arrived in Armenia on October 4 as a gift from the Lithuanian government. Prior to this, four types of anti-Covid vaccines were administered in Armenia: Russian Sputnik V, British-Swedish AstraZeneca, and Chinese CoronaVac and Sinopharm. From the start of vaccinations in Armenia on October 10, 514,241 vaccinations have been carried out, including 344,029 first doses and 170,212 second doses, respectively equal to 11.6% and 5.7% of the population.

The number of people who have chosen to be vaccinated has increased in recent days, a fact also highlighted by the queues at the vaccination centres, but the Armenian government denounces that they are still not enough. During one of the last meetings of the Council of Ministers, the Prime Minister requested that all the levers of the state be used for this battle. The Armenian government has allocated more than 2.4 billion Armenian drams for the prevention, control, and treatment of Covid-19.

While the average number of people vaccinated was 6,000 per day in September, this month the number has doubled. In order to avoid long queues, Armenian doctors also carry out outpatient vaccinations. In addition, if desired, a group of specialists visits companies, departments, and educational institutions and carries out vaccination on the spot.

"The entire infrastructure is ready to carry out a large number of vaccinations. I add that vaccination does not exclude the disease, but reduces the risk of contagion", Armenian Health Minister Anahit Avanesyan reported during a recent press conference, adding that the late entry into force of the restrictive measures was a shortcoming of her department.

According to the minister, they are currently considering the option of requesting certification of negativity from Covid or vaccination to enter restaurants and attend concerts.

“We are working on it, gathering experiences on the functioning of these regulatory mechanisms. The preliminary plan will be ready shortly, within the next two weeks”.

Similar stringent measures are already in place in a large number of countries around the world. The goal is the same: to overcome the pandemic emergency and return to a normal life. According to the picture provided by Reuters, the three best vaccination campaigns are carried out by the United Arab Emirates (96% coverage), Portugal (87.2%), and Cuba (84.4%). The specialists inform that for two weeks after the second dose, even if the person is infected, the symptoms are much milder and the illness is unlikely to worsen.