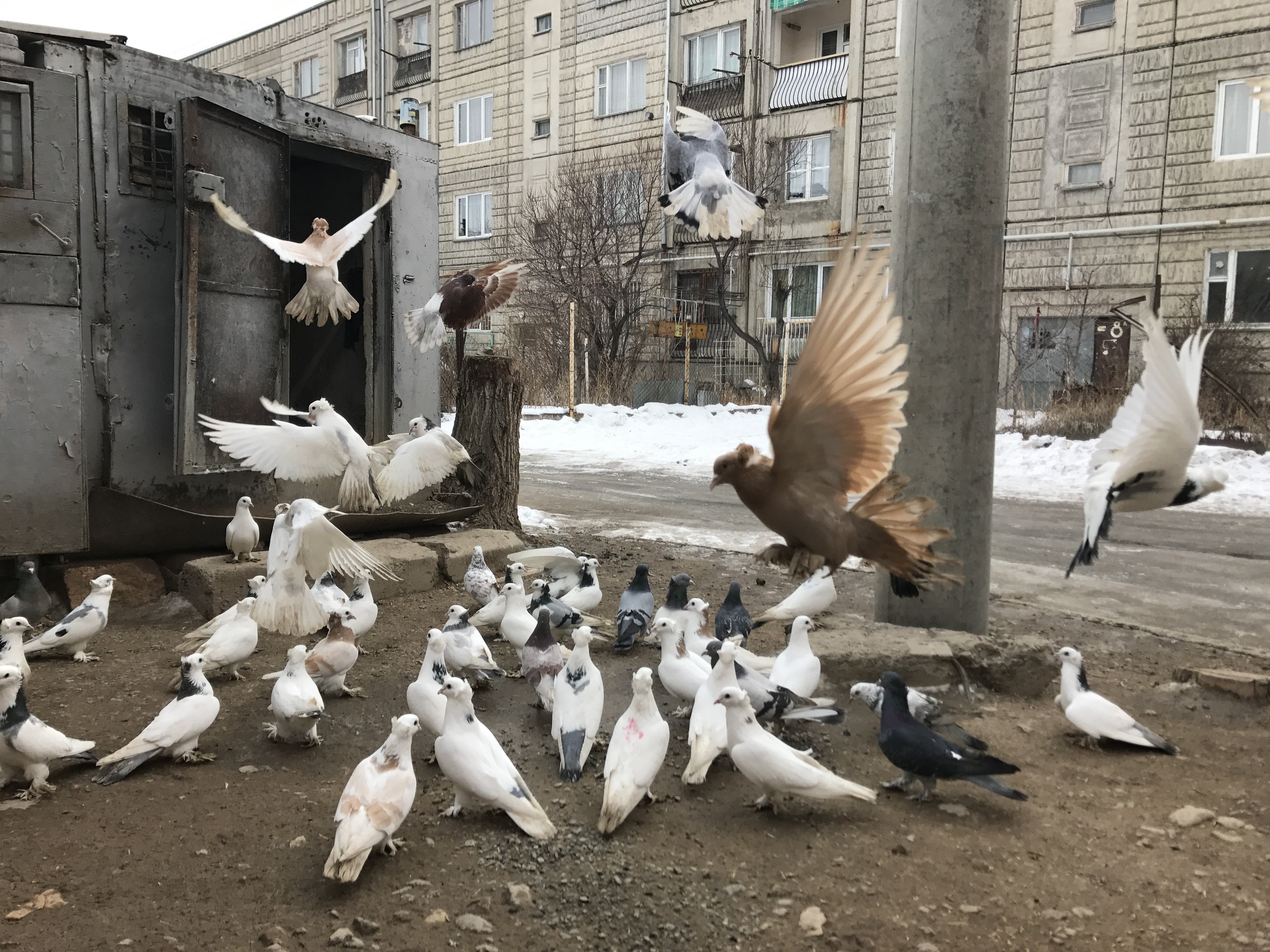 Many Armenians breed pigeons and are ready to do anything for their safety and well-being. Others buy them to sacrifice them for special events. Others raise them for sports competitions. The story of an ancient Armenian tradition

In 2013, the BBC reported: the record belongs to a Chinese businessman who bought a pigeon for 310,000 Euros. The story spread over many newspapers to reach the pigeon market in Yerevan, the capital of Armenia. There, even after five years, people still remember the story.

"We learn news about pigeons from every corner of the world, and then we discuss them! Five years ago, we learned about the Chinese guy who bought a pigeon for hundreds of thousands of dollars. I still dream of getting in touch with him, bringing him to visit my relatives, asking him what kind of pigeon was worth all that money and what kind of business he could do with it. We Armenians like to listen to those coming from abroad, if he spoke to me I would gain prestige and get rid of thousands of worries", says David Shirvanyan, 40, who has been raising pigeons for 30 years now. As a kid, he received his first pigeon as a gift from a relative and since then he has been hopelessly in love with these birds.

In Armenian oral language, pigeons are called ghush and their breeders ghushbases.

The ghushbases are ready to do anything for the safety and well-being of their pigeons. Some of them even sell their house or car to get the best nest and food. They often neglect work or friends just to be close to their darlings.

"At the beginning I only raised them, but then – as an adult – I also started selling them. We have never reached the level of that Chinese guy, but we have also sold pigeons at very high prices. But I have pigeons that I would never sell, whatever the price”, stresses David. 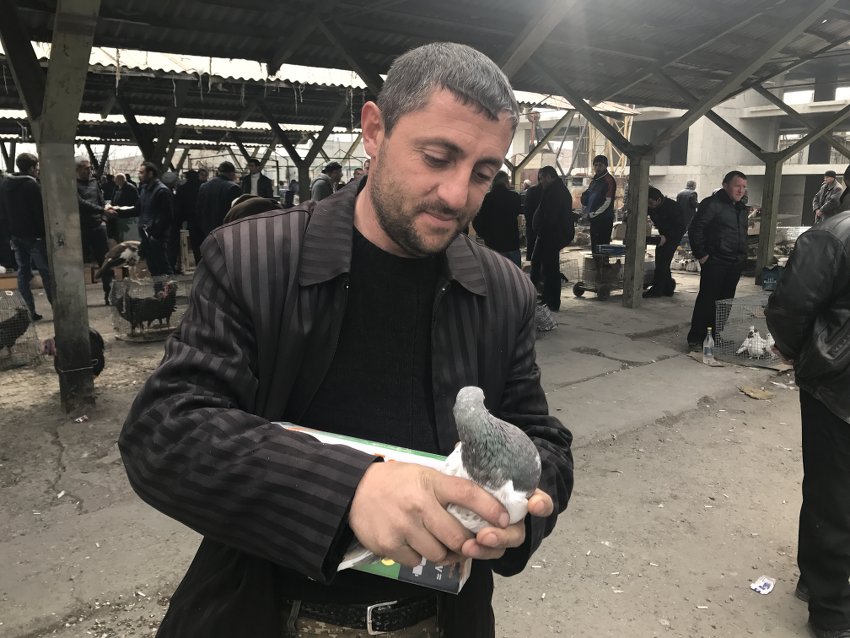 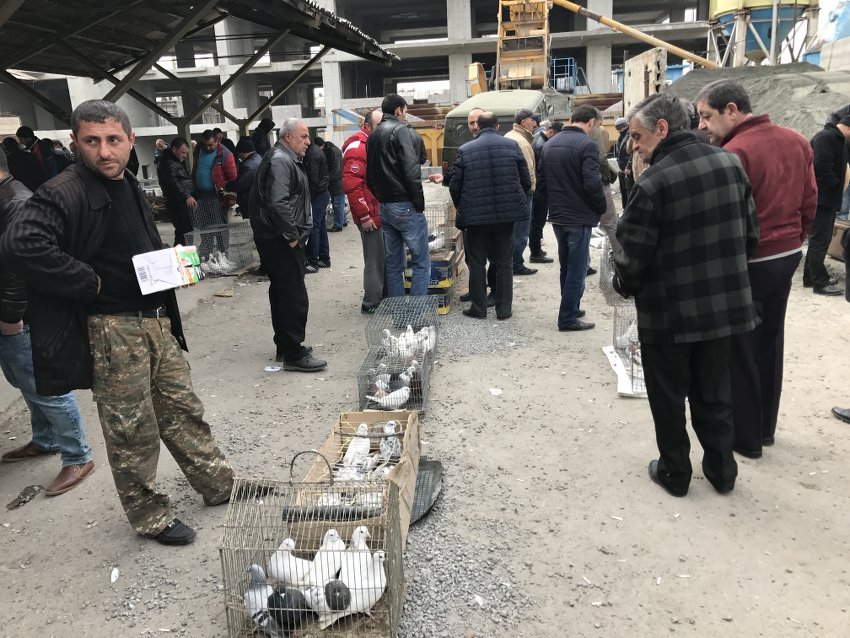 David says he only brings some pigeons to the market and not his favourites, which he wouldn't sell at any price 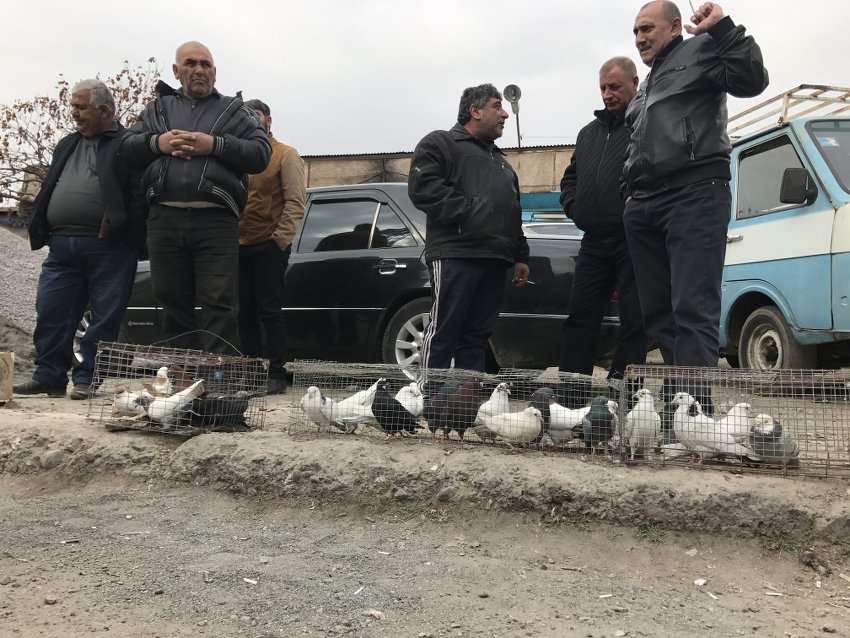 Yerevan ghushbases meet at the Yerevan animal market every Sunday. Many of them come to the market just to watch the birds 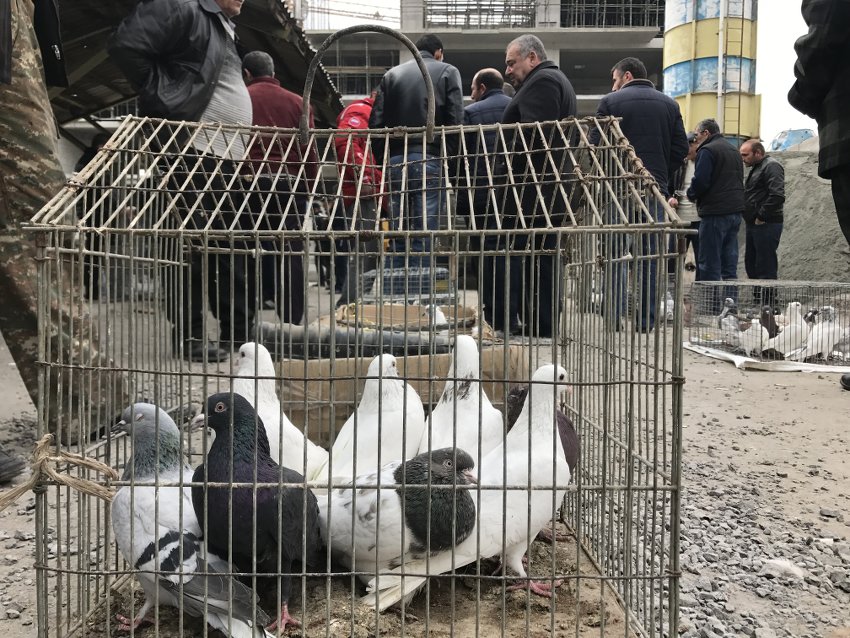 You can buy a pigeon for two dollars, but some are worth several thousands 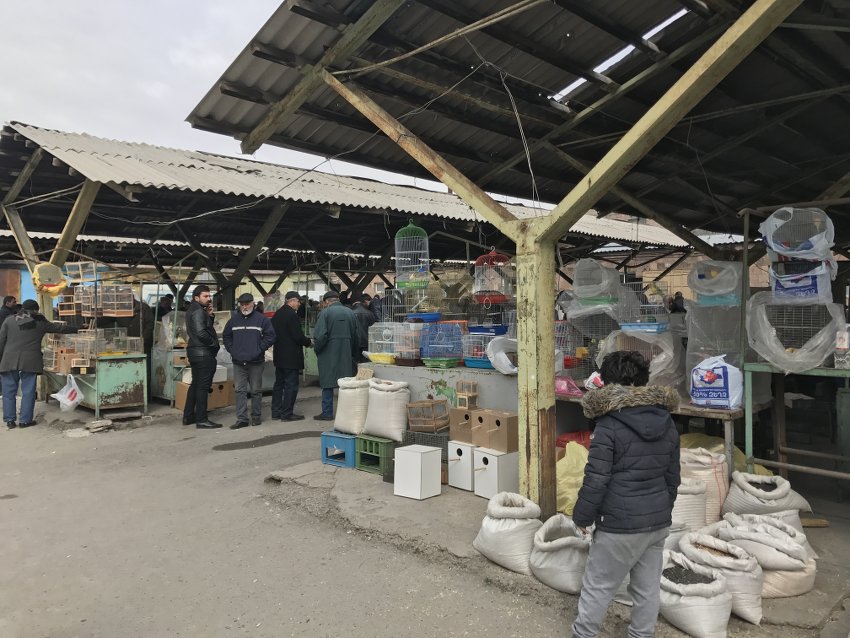 Both adults and children come here to buy pigeons 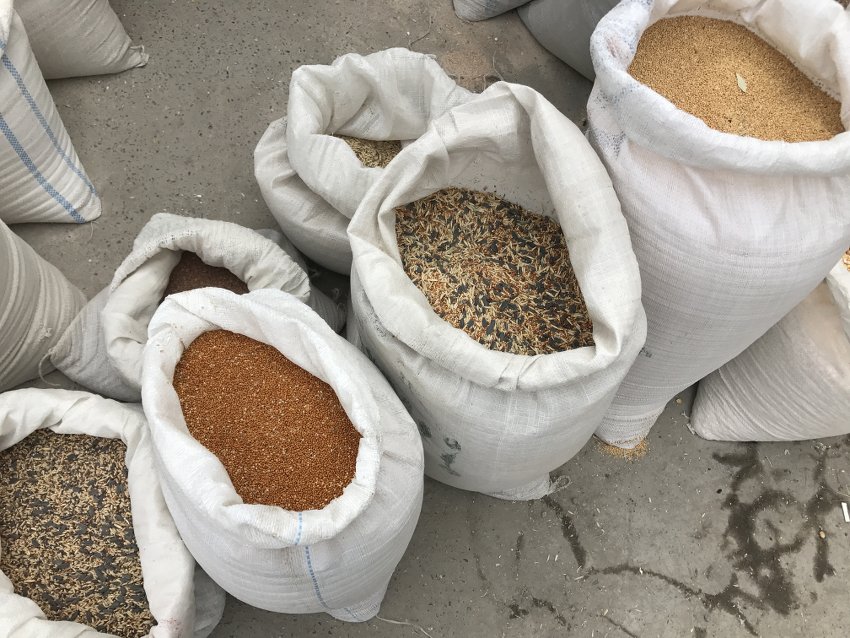 Demand for pigeons is particularly high in the city of Gyumri, the second largest city in Armenia. Unlike ghushbases, ordinary citizens buy pigeons to sacrifice them. It is a tradition in Gyumri that a dove is sacrificed when a child is born. And still today, hundreds of Gyumri citizens do it for the birth of a child or when a loved one survives a serious accident.

In addition, pigeons are purchased as a request to God for peace and happiness and there is a widespread belief that releasing a pigeon into a church leads to the realisation of one's dreams.

According to the Bible, after the Great Flood a dove returned to Noah carrying an olive branch, becoming a symbol of the transformation of God's anger into meekness.

Releasing a pigeon in the sky at a wedding is another integral part of Armenian tradition, and that is why there are plenty of pigeon sellers in front of every church. A couple of pigeons cost 3000 drams [just over 5 Euros]. 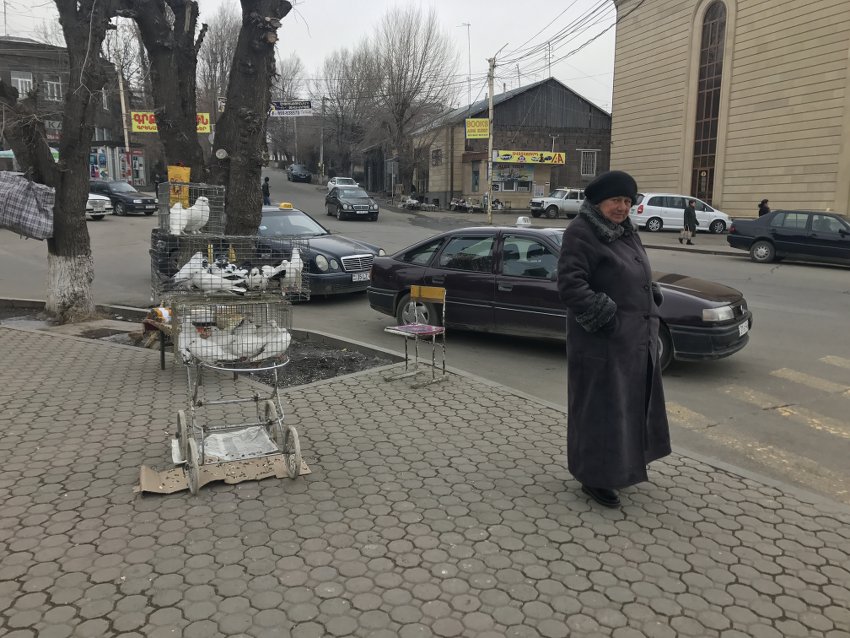 "There is no wedding without the purchase and release of pigeons in the sky", says a pigeon seller who has been working in the central square of Gyumri for years 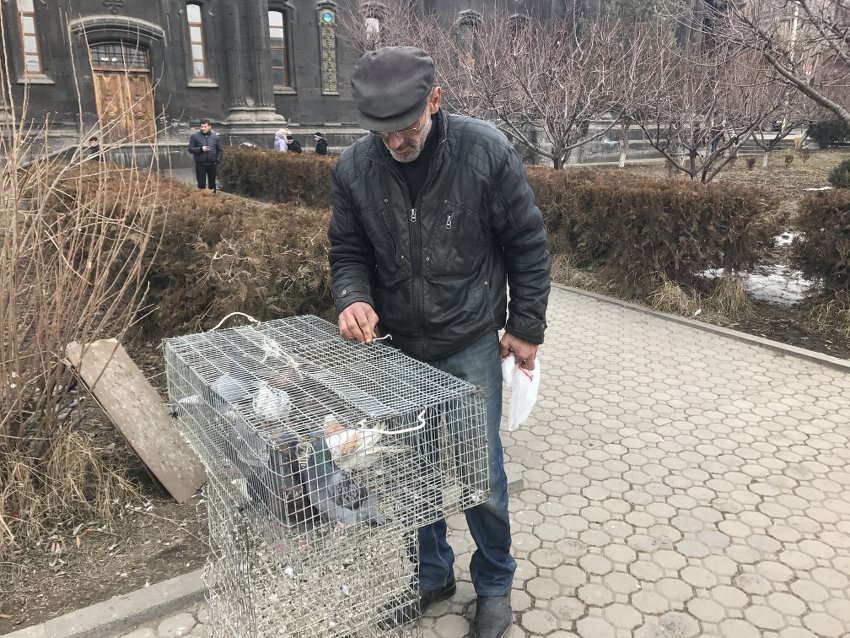 "One buys a pigeon, releases it, and it returns. But it doesn't always happen. Often your bird ends up in a nearby town or village and if by chance you recognise your pigeon, there is nothing you can do about it", says Rafayel Kirakosyan, 57, who has been selling  pigeons for 20 years

Unlike what street vendors claim, the real ghushbases point out that pigeons never forget their nest and, if they get the chance to fly free, they return to their original cage.

One of Gyumri's oldest ghushbases is Ashot Metsoyan, 67. For 30 years, 3 times a day, he has been visiting his birds to feed them, change their water, and clean their nests. 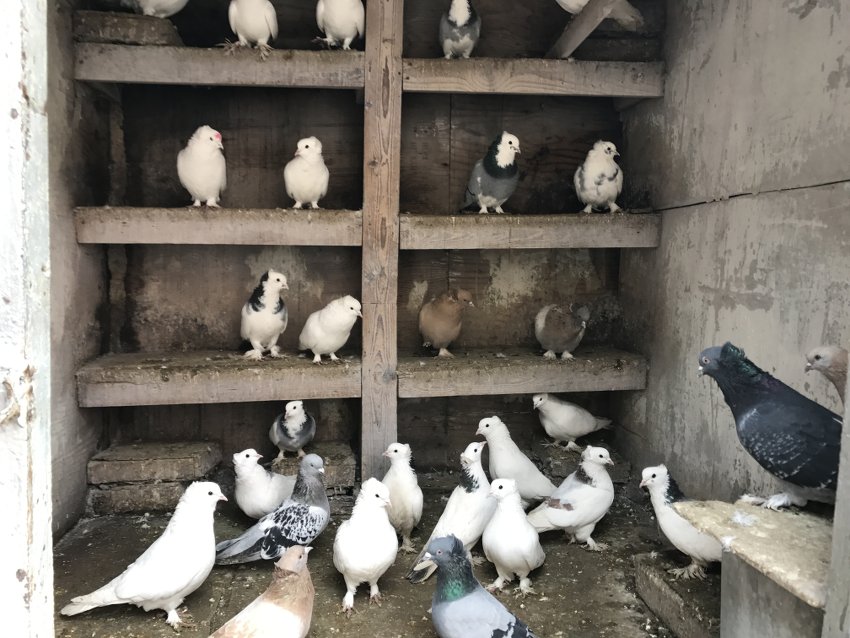 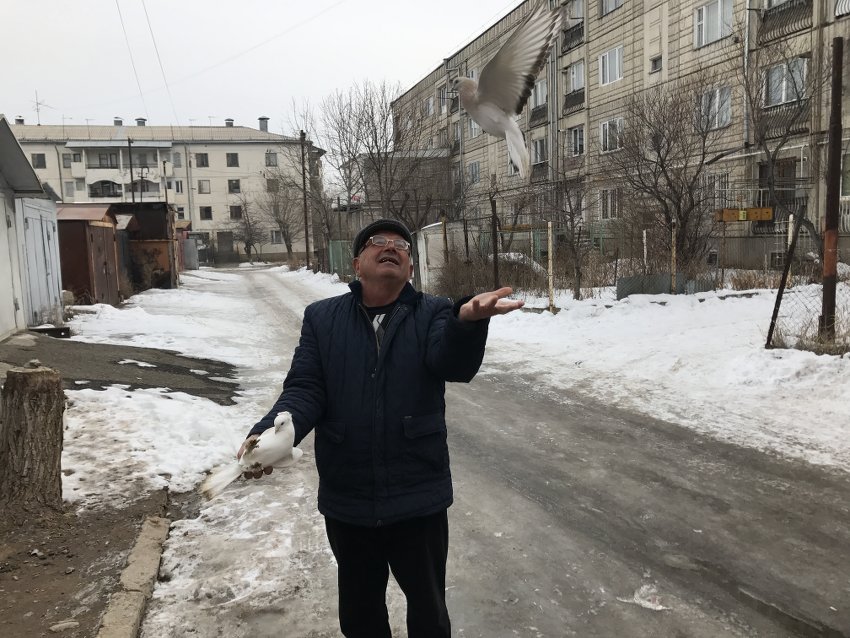 "Early in the morning I get up to give them bread and water, then release them in the fresh air and drink a coffee. I can go without water and food, but they must be okay", says Ashot 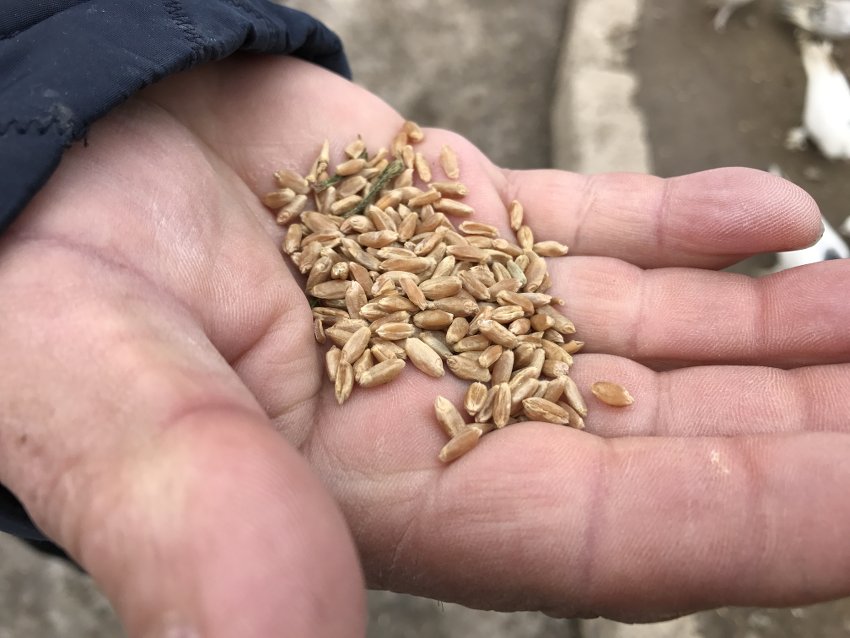 Ashot is certainly not wealthy, he lives on a small pension, but gives his pigeons the best food 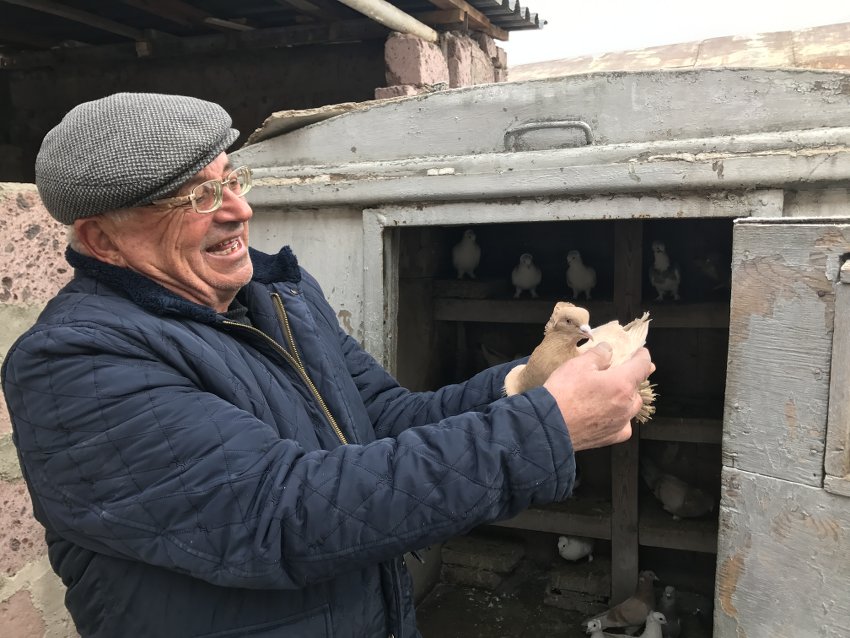 "This is the yellow one", says Ashot. They promised me a house, a car, and a lot of money for this one, but I will never sell it. In general, I don't like selling my pigeons. Money doesn't tempt me

Ghushbases do not like to sell their pigeons, but they do love competition. In spring, numerous "Pigeon Races" are promoted in many cities in Armenia. The ghushbases have their unwritten rules and strict regulations for these competitions, which can last, depending on the number of pigeons registered, even a whole month.

The juries are composed of renowned ghushbases and vets. The prize money draws on enrollment fees that can range from 10 to 100 dollars per pigeon. The pigeon that flies higher or farther wins. Sometimes, however, these races also register victims – because of the hawks. 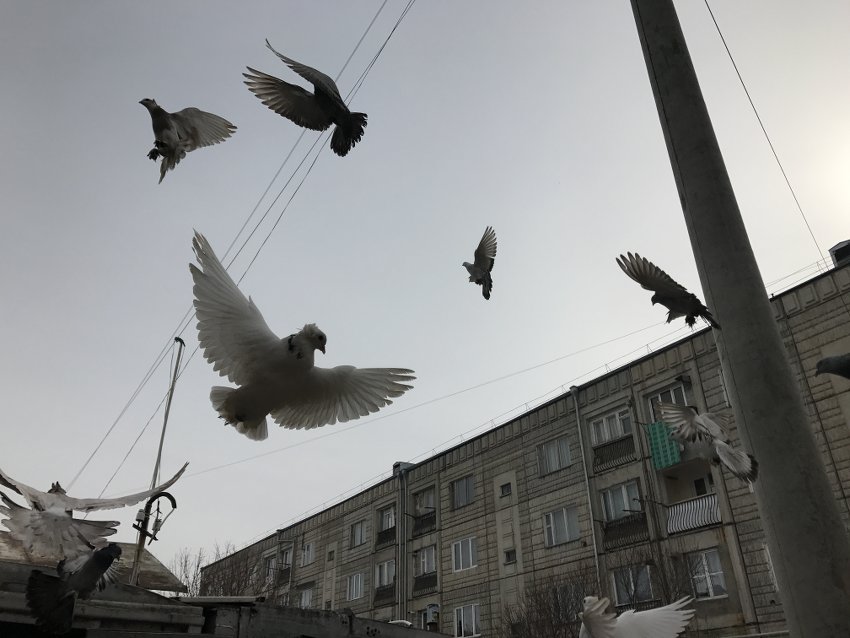 The hawks hit the most active pigeons, those that manage to fly in the sky even for 7-8 hours

For their owners, pigeons are a secret to longevity.