Lazarat, the capital of Albanian marijuana 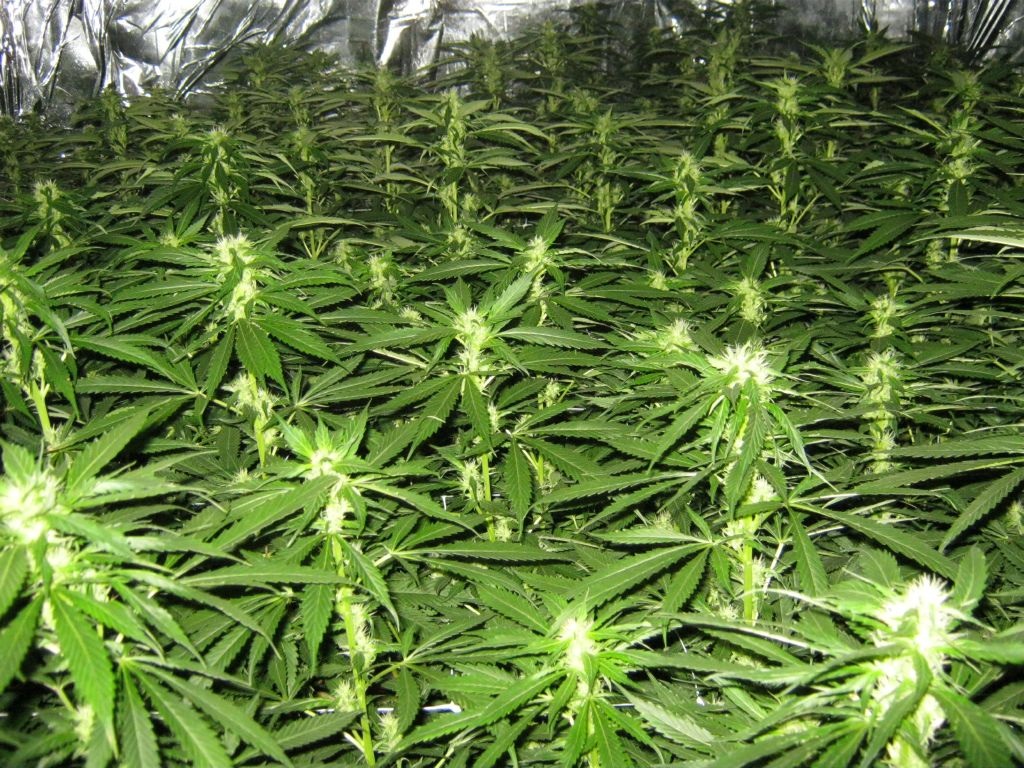 According to the Italian police, in Albania there are hundreds of marijuana plantations for export. One of the most renowned production centers is the village of Lazarat, where cultivation is an important support to the farmers' income

In July, the Italian Finance Police of Bari and Lecce intercepted a load of a ton of cannabis that had been smuggled in to the coast of Puglia on a speedboat. The police chased, captured and arrested the traffickers, two Italian and two Albanian citizens. In a joint operation with the Albanian police in early August, the Air and Naval divisions of the Finance Police released the results of months of air reconnaissances within the Albanian hinterland. Results speak of 500 marijuana plantations accounting for an alleged production of 1.000 tons of cannabis, which apparently hold a retail value of 4.5 billion Euros.

In the last twenty years, Albania has earned itself the title of Europe's Afghanistan for marijuana production. According to the EMCDDA (European Monitoring Center for Drugs and Drug Addiction), the majority of the cannabis, in the form of resin, enters Europe from Morocco, Afghanistan - the real one - and Lebanon. It is marijuana, cannabis in its herbaceous form, that, according to the EMCDDA report, enters Europe via Greece and Italy mainly via Albania (see the 2012 report ).

“Marijuana is bulky”, says to OBC Amedeo Antonucci, colonel of Bari's ROAN (Air-Naval Operational Command). “Albania is one of Europe's main producers. It is natural for Puglia to be the region where it is easiest to dock. The export happens either by sea or through the border, with the cannabis hidden on trucks among other material”.

The quickest and easiest means, though, is still the speedboat crossing the Otranto Canal and going mainly to Lecce or Brindisi. It is generally rubber boats or small boats; recently, though, larger crafts have been used, such as yachts stolen in Greece.

“A while ago, we stopped a 10-meter 250-horse boat registered in Greece”, the colonel continues. “This is because up until very recently there was a moratorium for Albanian citizens, who could not use fast boats for private purposes” [editor's note: the moratorium was in force from 2005 to 2013].

According to investigators, it is autonomous groups of Albanians who usually discharge in Lecce, while those who arrive further up North, in Bari and Brindisi, are certainly connected to the local organized criminals. However, according to the Finance Police perception, despite the joint operations with Albania, there seems to have been no big changes besides an increase in confiscations and, therefore, in imports.

On the other side of the Otranto Canal, instead, the increase has already been reported. According to the International Narcotics Control Strategy, the report published annually by the US government, in 2012 Albania saw an increase by 175% in cannabis confiscations with respect to the year before. Indeed, the Albanian police confiscated 21.2 tons of marijuana. This is seen by experts both as a greater effort made by the local authorities under pressure from the EU and as an increase in production. The early August news of the discovery of the 500 plantations seems to confirm the latter.

Lazarat, the capital of marijuana

The area examined by the Italian Financial Police is around Gjirokaster, in the Southern part of Albania. The Albanian capital of marijuana is located there: the notorious village of Lazarat.

In a mountainous area, 30 kilometers from the Greek border, with a population of about 3,000, Lazarat enjoys international fame as the capital of marijuana, out of the control of Albanian authorities.

The legend has gained strength after two Dutch youngsters made a video of their trip to Albania with an interesting stop over at the village, where they caught hundreds of marijuana plants on video; they got stoned and recounted, on video, how the village was filled with marijuana, how someone had given them 4 or 5 grams, how entire families grow plants and how children walk among the cannabis fields on their way to school.

According to the latest Italian Financial Police overflights, apparently in Lazarat there are 319 hectares used for cannabis.

This discovery, however, is unlikely to bring about a change, as we are told by Gijergi Erebara, an Albanian reporter for the daily “Shqip” and Balkan Fellow for the Balkan Investigative Reporting Network.

“There is no will to enter Lazarat and destroy the plants, because the police is afraid that a war might break out. Growing marijuana in such proportions negatively affects the ability of the government to control the territory and duly establish the rule of law”.

A low intensity war, however, already seems to be in place. In 2007 the police killed an alleged trafficker from Lazarat and, soon after that, the Gjirokaster police station was set on fire. Special forces had to be deployed to quell the unrest. Since the police cannot enter the village, it periodically cuts supplies: it cuts running water – cannabis needs a lot of irrigation – and stops commuters who go to work in the area every day.

“Lazarat has become a symbol – says Erebara. I was there two years ago, spoke to the mayor, everything is perfectly out in the open. Frankly, I don't believe all this marijuana is grown without political connections. The organized crime has a very strong grip on the country and has political connections. In my opinion, however, marijuana is just a small business. The greater part of the money that goes to the organized crime is public, comes from tenders or corruption. Also, the data published by the Italian and Albanian authorities on the monitoring of Lazarat are, I believe, way too high: first of all, this is a mountain area and it is difficult to find 300 hectares, as stated in the press releases. Should such high figures reach this area of Albania, you would see luxury cars or houses and other types of investments. This does not seem to be the case”.

But, who controls the traffic in Lazarat? “This is a very peculiar situation. Lazarat is an Albanian village surrounded by villages of the Greek minority. For years, a battle of influence has been going on between the Albanian and Greek parties to get control of the border. In general, Lazarat is a stronghold of the right, the Democratic Party. For this reason, from 1997 to 2005, during the socialist government, the police and the government were accused of terrorizing the village, not because of issues concerning the control of the territory, but because of political issues. There were some attempts by the police at entering, but they all ended up in armed clashes. Lazarat became the place where fugitives hide and where cannabis can be grown freely. From 2005 onwards, with the Democratic Party leading, Lazarat was an even safer place”.

Cannabis is not only grown in Lazarat. The village has become a symbol, because of the effrontery with which it is cultivated. However, in other parts of the country it is cultivated in the woods or in secluded areas, and it is very likely that it is the elderly who are cultivating it. It is very often carried back and forth by mules, who recognize the path on their own. They are sent alone to the Greek border and, if they are busted by the police, it is very unlikely that anyone will get arrested. There has surely been a commitment on the part of the Albanian government to reduce production, though, as shown by the over 700.000 plants eradicated since 2005 to date (source: EMCDDA) and by the increase in prices. According to Erebara, in fact, “ten years ago a kilogram of cannabis cost 20 Dollars, ten times less than today”.

According to the EMCDDA, the extended cultivation of marijuana in Albania started in the '90s. As early as 1992, when the law became stricter in Greece, production moved to Albania and Yugoslavia. From 1993 onwards, with seeds coming from Greece and Turkey, all farmers started growing marijuana. Today, in Lazarat, it seems that high technology techniques are being put in place, with green houses to grow plants in the spring before planting them in the soil.

Erebara, however, underlines that “Albania is not Afghanistan. There are many other possibilities to escape poverty other than cultivating marijuana, one of these being working in Italy. It is, however, a way to do business big time. With an all-marijuana plant, you can get 1 or 2 kilos of cannabis, which is about 300 Euros. Therefore, from 4 square meters of land, one can produce 300 Euros. An average farming activity in Albania can earn you only 2,000 Dollars per hectare a year, and the ownership average of an Albanian family is 1 hectare. A family would therefore have to live on 2,000 Dollars a year. That is why many prefer to work in Italy, where in two months they earn what their family earns in one year. Or they grow cannabis, which is easier and more remunerative, not very risky and much more accepted by society than other drugs or illegal trafficking, such as human trafficking. And, not to be forgotten, 2 kilos of cannabis are worth 300 Euros, as much as a ton of wheat”.