Between Albania and Macedonia: Patriarchal loves 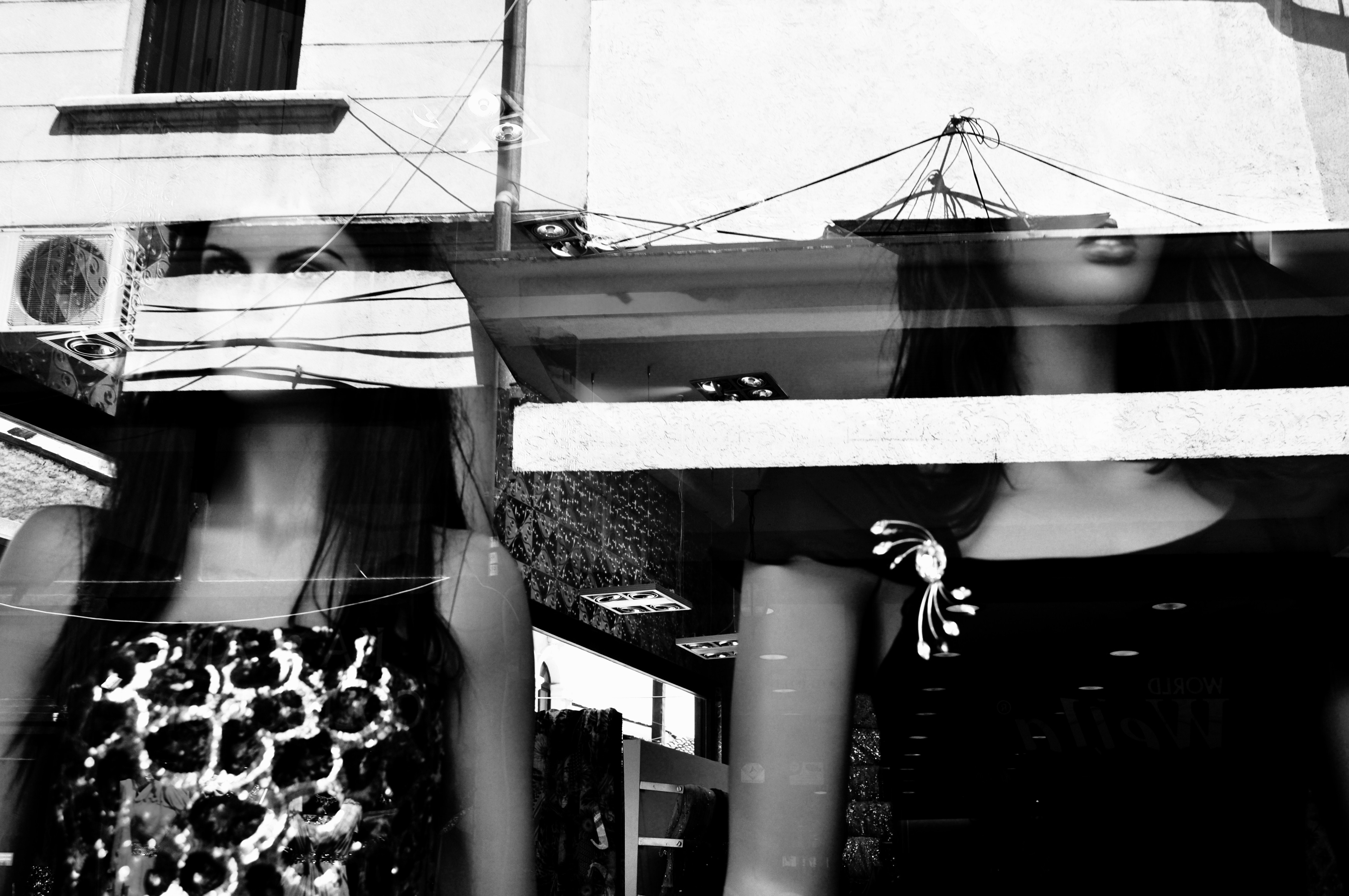 On the bus from Tirana to Skopje there are many young women with children. They have just visited their relatives, in Northern Albania, and are now going back to their houses in Macedonia. In this report, a story of migration and arranged marriages

The bus departs from the center of Tirana. It is old and shabby and has probably arrived in Albania after covering thousands of kilometers somewhere else. It is bound for Skopje, the capital of Macedonia, to be reached through Central Albania, driving along the Ohrid Lake and meandering in mountain roads. The bus leaves in the evening and travels throughout the night. Elderly couples bound for Struga get on, for an affordable modest vacation on the Macedonian bank of the Ohrid, families who have spent their vacation on the beaches of Durres, sleepy children with reddish tans and reddish light eyes, a few young alternative Macedonians who chose to come to the Albanian Adriatic, now going home. And women, many young Albanian women, with their small children. They take up half the bus and they all have Northern Albanian accents.

Indeed, hundreds of young Albanian women marry Macedonian men of Slavic ethnicity. They are all catholic and come from forgotten villages in the Northern part of the country. They move to Macedonia to live with their husbands and then go back to Albania in the summer, with their children, to visit parents and relatives. This phenomenon has caught the attention of the Albanian and foreign media, leading to flows of responses in the Albanian-speaking and Macedonian blogosphere. Many are the prejudiced titles and comments: “The Balkanians make peace in the name of love”, “Albanian women selling themselves to the Slavs” , “The Albanian invasion of Macedonia by genetic ways”. Many verbally stone these women, who in Albania are considered traitors of their mother-country or women of loose morals.

There are now actual dating agencies in Northern Albania, who connect future husbands and young Albanian women. Girls are introduced to the husbands against payment, and the rest goes as in any arranged love story. Business seems to be booming and mixed marriages are growing.

Twenty-five years old, light shining eyes and Germanic traits, Elvira tries to socialize with the people next to her. She says she does it because she needs to speak Albanian, she terribly misses her mother-tongue. She comes from a village near Lezha, North-Western Albania, and has married a Macedonian man from Kumanovo. She has been living there for four years. She is self-ironic, straightforward, and has no scruples in telling her story.

“Don’t get married”, she says in her way of playing down heavy situations. She met her husband through a friend of hers, also married in Kumanovo. He is 20 years older than her. When asked why she married him, she answers that in her little mountain town there was no guy who could marry her. “They’ve all emigrated abroad, or moved to the cities, they’ve changed their way of living and I couldn’t find anybody”. The only solution was to get married in Macedonia, like many of her friends. Nationality, language and religion were barriers that she could overcome, driven by the urgency of material necessities. This notwithstanding the very conservative culture of the catholic community in Northern Albania. “My Father agreed immediately – she explains – I had no other choice, and it is true that Macedonians are Orthodox, but they’re Christian anyway”.

Sitting next to her is another young woman with two children, a very shy 4-year-old boy and a 2-year-old girl who cannot articulate her words clearly, yet. Their Mother speaks to them in Macedonian. She speaks it badly and with her mother-tongue accent. Seeing my astonishment, Elvira right away says: “Our children are Macedonian, they’re not Albanian anymore. It’s useless to speak Albanian to them”.

The woman’s name is Zamira. She is also from a village in the mountains, near Lezha. She married in Kicevo/Kerçov. “Never had I imagined that one day I would end up in Macedonia – she confesses with the expression of someone who is answering a routine question – I had imagined moving to Italy, but never to Macedonia. But a neighbor came one day, and introduced me to my future husband”. She keeps speaking loudly and people around her turn and give her looks of reproach. “I rarely speak Albanian”, she apologizes looking around her and keeps talking of this and that with Elvira and other girls that, like them, married Macedonian men.

A journey in the Albanian Alps

Lips, eyes, ears. A journey in the Albanian Alps

Michael is on the tracks of the Indo-European language, Gianni is an Arbëresh and teaches Albanian at the University of Calabria, Monica was the first researcher in Italy to obtain a PhD in Albanology. A group of linguists travelling into the majesty of Albania mountains in a quest for lost words and languages. “Lips, eyes, ears” traces a portrait of an unusual job, introducing a special perspective on today's Albania, its culture, and its landscape. A documentary film by OBC.

“We only come back once a year, in the summer, almost always alone”, she says, “obligations and family do not allow us to come back more often”. They do not want to go into detail on why these visits are so rare, despite the geographical proximity and the fact that connections between Albania and Macedonia are now everything but an obstacle. “When you marry, you’re not free anymore”, another girl says, to explain to me the conditions they all seem to suffer. Her hair is extremely fair, she is 20 and carrying a few-months-old baby girl in her arms. Her name is Esmeralda, she comes from a very small town in the mountains in the Laç area. Her husband is traveling with her: he is over 50, good looking, but is austere and not very sociable.

“Like me, he couldn’t find anyone – she explains – strangely enough, in Macedonia it is the women who emigrate, and men are left alone. Instead, in Albania you can find no men”. She seems satisfied with her situation. She tells she comes from a very poor family and that she met her husband through a friend of her Father’s. Her Father and her husband – she adds – are the same age. She, too, speaks Macedonian to her daughter. “It’s my language, now, and I want to speak it to my other children too – she states with conviction – because they’re going to be Macedonian, not Albanian. Whom are they going to speak Albanian to, anyway? Noone”.

What about the Albanians of Macedonia? Even though the majority of mixed couples lives in areas where also local Albanians live, the latter do not mix with the newly-arrived women from Albania. “They keep to themselves, they’re difficult, and they speak an archaic language, it’s hard to understand each other”, Esmeralda says in a low voice, under the look of a family of Albanians from Macedonia who is paying close attention to the women’s conversation. Not even a smile when their eyes meet, no words of courtesy. They look annoyed when listening to them speak Macedonian, but do not react. “Muslims are like that – Zamira says lowly – they’re terribly nationalistic, they’re not like us”.

Regardless, almost all of them say they get along. “Macedonians are like us”, they say between sentences while describing their day. “I stay with my children, I take care of the land, the animals. Women stuff”.

The conversation is interrupted by a middle-aged woman with a Tirana accent, blond and brown highlights and clothes that are definitely not appropriate for the long bus ride. She tells the women to stop talking and to show respect for “citizens” like her. She really speaks her mind and to her there is nothing wrong in defining them as mountain women. For the developing Albania, the urban Albania of the Western plains from Tirana downwards, these girls and the dwellers of the same region are backward, medieval mountain people, scapegoats for everything that goes wrong in the country.

These women on the bus from Tirana to Skopje come from extremely traditional and rural families, where women still belong to their husbands and have no say in the lives of their children, who will have to perpetuate the so-called male line, while the “milk line”, as they usually say around this area, counts for nothing. It is like this in the areas where they come from and it seems to be like this in the Macedonian villages they move to. The appearance and the attitude of the husbands sitting next to them confirm this: they are devoted to their children and not very caring about their wives. These seem to accept with resignation and almost naturalness what “is supposed to be like this”. Some of them, very young like Elvira, protest in self-irony, but without forgetting submission.

This story tells about people who, forced by the trend of internal migrations and towards foreign countries, in both countries, are ready to overcome cultural and linguistic barriers. The husbands of the young mountain women are their Fathers’ age. They are often strongly marked by the years and by the hard life of someone living in a rural environment. Had it not been for these young Albanian women, forced to flee the poverty and being marginal in the places they were born, these men would have probably grown old in loneliness.

The bus passes the border. Red, maroon and blue passports circulate from hand to hand among the passengers, Albanian names inspired by the particularly creative fashions from the 70s and 80s are pronounced next to Macedonian surnames. And then there are the stops. Struga, Ohrid, Gostivar, Kumanovo: the girls get off one at a time, they give a warm goodbye and take to the sidewalks of the stations side by side with their husbands.