Aleksey Gogua, a writer in Sukhumi 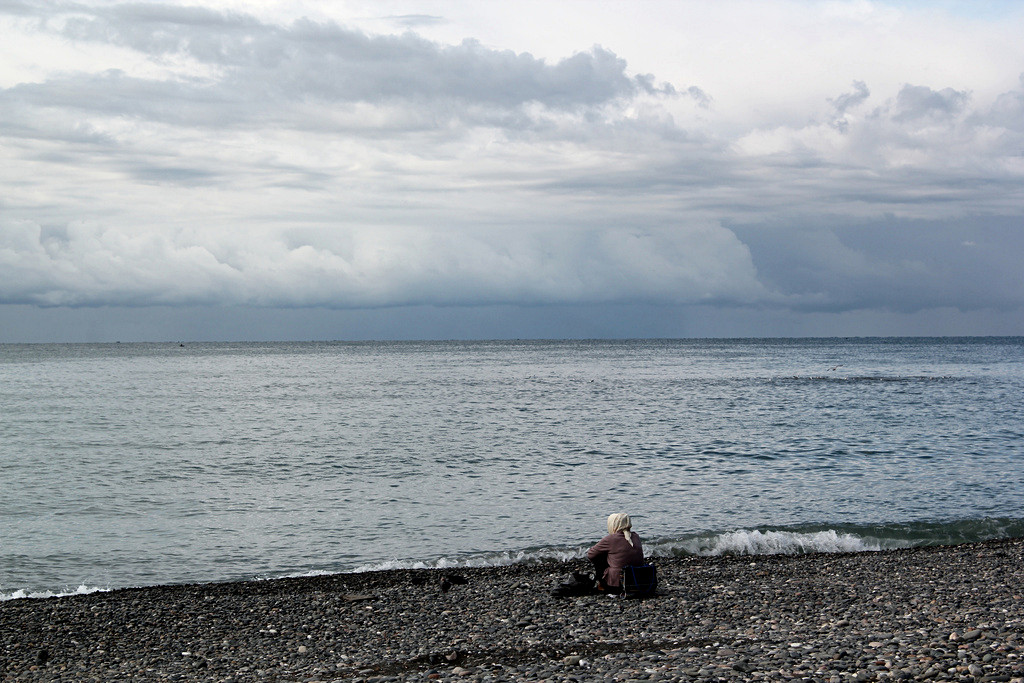 Aleksey Gogua is one of the most notable Abkhaz-language writers of the twenty-first century. During the Soviet era, his novels were translated into Russian and hundreds of thousands of copies were printed. Literature in Abkhazia today, relations with Russia, the situation of the Abkhaz language. An interview

Back in Soviet Union times you used to write in Abkhaz, then your works were translated into Russian and published in Moscow. How has the situation changed today?

There is local literature in Abkhaz, but having your works translated into Russian and reaching a wider audience is practically impossible now. Here, books are hardly ever printed in more than 500 copies, while during the Soviet Union, even one million copies could be printed...my books were published by some of the major publishing houses in Moscow, sometimes even in copies of 200 to 300 thousand.

Anyway, the cultural link with Russia has remained strong...

All through these years under Russia and the Soviet Union, we have gotten used to the Russian language and culture. We access European culture through translations into Russian. And the other way round: our literature exited Abkhazia and went into the wide world by means of the Russian language...

Clearly, Russian culture is not alien to us and this is especially true for literature, which has always dealt with the Caucasus a lot, although from the imperial point of view. I have a special attachment to certain books... for example, I believe that Tolstoy's Hadji Murat is the best novel on the Caucasus ever written, and the best book ever written by Tolstoy. 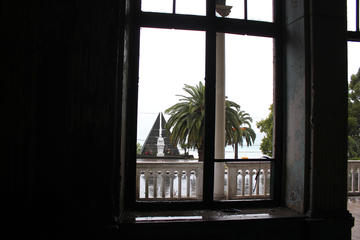 In the dossier, besides this interview, a feature story on Abkhazia's language law and an interview with a representative of the local Armenian community. But also photos with the stories of those Georgians that twenty years ago were forced to leave their homes.

How did literature change after the Soviet Union collapsed?

In the Soviet Union years, you could only tell what was good or excellent, nothing was bad, and the dominant style was Socialist realism. In this context, writers, including Abkhazian writers, had to find other ways to write about different truths and had to do it covertly, through the sub-text.

Now, you can write anything you want, but stories must take their own forms and this process has not started yet. I think that, paradoxically enough, maybe literature grows more easily when it is under pressure, when there are some limitations, because one actually needs to find new artistic and creative ways to express oneself.

According to a law passed a couple of years ago, by 2015 all the members of the Abkhazian parliament, and the administrative authorities, including local authorities, must speak in Abkhaz. Isn't there the risk that these laws aimed at promoting Abkhaz scare other linguistic groups living in Abkhazia?

I firmly believe that many issues dealt with by that law can be solved without causing too much trouble. You must invest your time and efforts in addressing these issues. But we have other problems now, first of all financial problems.

Anyway, studying Abkhaz must be a voluntary decision. We were the first to suffer because someone else forced us to study another language, we certainly do not want to force anyone else.

Russian will remain the main language for inter-ethnic communication, this is understood.

How do other ethno-linguistic groups in Abkhazia react? Armenians, Georgians and Russians account for a good share of the local population...

Currently, other nationalities in Abkhazia do understand our position and do not oppose initiatives aimed at supporting the Abkhaz language.

If we give up our language and culture, what use was it to fight a war 20 years ago?

Protecting our language and culture has always been one of the pillars of our state project, of our national idea.

The Abkhaz language is a key element of the Abkhaz national identity. However, Abkhazia is destined to remain a multi-ethnic region. How do you reconcile the idea of Abkhazia as "the Abkhaz motherland" and its multi-ethnic nature?

All nationalities have their own schools here. For example, Armenians can go to state schools in the Armenian language, while this is not possible in Russia.

A different cultural notion developed here... Armenians and Russians who were born here are different. From the cultural point of view, we're all mixed. There is no ethnic conflict.

However, relations with Georgians are not easy at all, especially with the inhabitants of the Gali district who were came back into Abkhazia after the conflict in the early 90's.

Yes, this is a problem indeed, Georgians feel threatened there. From the Abkhaz side, there is willingness to focus more efforts on the Gali area. However, the locals have still not decided which side they're on, and this makes things more complicated. I do hope that they can be actively involved in Abkhazia's society.

Do you think that the Abkhaz language is at risk today?

Some time ago, I visited Ireland, and I think that support to traditional languages is more difficult on that island than here. Here, most people speak Abkhaz, and the state supports the language. We must protect it.

Russians must take this into account too... I think that the presence of their army here, to help us protect our borders, is a positive, important factor. However, if we leave them free to act as they want, they might go beyond that, and we cannot afford this now. If they start taking the lead, we must make them understand that this is unacceptable.

However, our language remains at risk, as the languages of all small groups always will be. We live in a globalized world, this can't be escaped. We must take all the positive aspects of great civilizations... Bach...Vivaldi... what would we do without them? However, we must protect ourselves, protect all cultures.