Portrait of a donor/2: closer to Europe 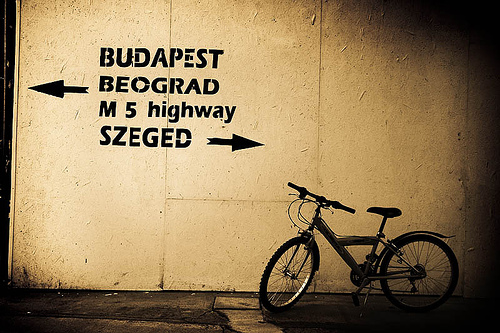 The European Fund for the Balkans is a new foundation aiming to bring the region closer to the EU. Its first steps, priorities, and plans for the future in an interview with director Hedvig Morvai-Horvat

The European Fund for the Balkans has recently published its new Think and Link call for applications for policy research grants in the Western Balkans. The deadline is 20 September 2009. The programme aims to promote EU accession-related policy work.

The EFB has been operational since early 2008. Its head office is in Belgrade. It was created as a joint effort of four big, private European foundations: Compagnia di San Paolo Foundation (Turin), Robert Bosch Foundation (Berlin), King Baudouin Foundation (Brussels), and ERSTE Foundation (Vienna). The EFB is a continuation of the work initiated by the International Commission for the Balkans, a project (2004-2006) which brought together senior officials and experts from the region, and Western Europe, to provide recommendations on how to integrate the Balkans into the EU. The EFB awards grants to local organizations in the Balkans, but also implements some activities directly. In the first year of its operation, the EFB awarded around 20 fellowships for young government officials and supported the work of several think tanks in the region through policy research grants. The most recent call for its Fellowship Program for young government officials is open until 15 September 2009.

In partnership with Gallup Europe, the EFB recently developed the Gallup Balkan Monitor, a survey of relevant issues in the region. The latest editions in its "Focus On" report series, one on the impact of migration, and the other on the perceptions of the EU, also came out recently.

The EFB is run by Hedvig Morvai-Horvat, a civil society activist from Serbia. Before joining the EFB, she served as director of the Citizen's Pact for South East Europe from 2002 to 2007. During this time, she became known as one of the strongest activists for the abolition of the EU visa regime in the Balkans.


What are the programmatic goals and operational strategies of the EFB? Are you a classical grant-maker?

EFB is more than a classical grant-maker. It is both operational and grant-making. However, there is even a third aspect, which we consider very important: the EFB is designed to engage not only European funders already active in the Balkans, but also public and private donors who have not worked in the region until now or who wish to leverage their own funding and increase its impact. This means that the Fund has the potential to mobilise donors for the region, but also to contribute to donor coordination in the countries of the Western Balkans. We feel that European funders need to formulate an "entry strategy" for the Balkans and to support the EU integration efforts of these countries. We are a young initiative, so we are still in a programme development phase. We are testing the ground in different ways and in different fields. Our activities are to be developed within the four main programme strands which we have defined: Envisioning Europe, Practicing Europe, Experiencing Europe and Developing Policies for the Balkans.

How does your grant programme work?

The recipients and beneficiaries of our current activities are both organisations and individuals, think-tanks, policy organisations, students, civil servants and NGOs. The Fund does not limit itself to certain categories of beneficiaries. The programmes and the intervention strategy determine which target groups are included, case by case. We issue calls for proposals that seek to generate innovative and promising ideas from people and organisations from the Western Balkans. We support projects that are in line with our priority programme areas by issuing calls for proposals throughout the year. Unsolicited proposals are not accepted. The range of the grant size varies depending on the programme.

The EFB is the offspring of several big, private foundations...

The Fund was founded by four significant private European Foundations: the Robert Bosch Foundation (Berlin), the King Baudouin Foundation (Brussels), the Compagnia di San Paolo Foundation (Turin) and the ERSTE Foundation (Vienna). It clearly demonstrates the power of collaboration based on a joint vision and mutual understanding. The initial three-year period of programme implementation strategy is in accordance with the pledged start-up funds of the four partner foundations. However, we are open to other interested public and private partners and we are engaged in fund-raising in order to be able to address the needs existing in the region by further developing our existing initiatives and by launching new activities focused on identified relevant issues. We are proud to announce that, in 2008, the Fund received a financial contribution from the Ministry of Foreign Affairs of the Czech Republic. We consider this support as a sign of recognition of the EFB and its activities aimed at "bringing the Western Balkans closer to the EU", keeping in mind that the Czech Republic's Presidency to the Council of the European Union considered its relations with the countries of the region one of its main priorities.

What are the EFB's distinctive elements? Would you be able to say what makes you different from other donors?

The EFB is different as it is not only a donor in a strict sense, but an active player in the operational field as well. For example, EFB not only gives grants based on calls for applications, but also offers support included in its operational program activities in the form of fellowships, trainings, educations, courses etc. We try to go beyond simple funding by creating opportunities which could be useful for our beneficiaries in different ways and on different levels.

How did the EFB come about? Why did these four big European foundations decide to come together for this project?

The European Fund for the Balkans should be considered a direct follow-up to the International Commission on the Balkans (2004-2006). The Fund embodies the "member-state building strategy" which includes the development of functioning state administrations and constituency-building as its main priorities. Concretely, the idea behind the Fund is to make the Commission's recommendations come alive in the region, naturally by closely following the developments in these countries and adjusting the Fund's strategy in accordance with these developments, country by country.

What are the biggest challenges in the Balkans at present, in your opinion, and what would the EFB do to address them? How will the EFB ensure operational coverage of the region?

The region faces many challenges, but we have to acknowledge that there are many opportunities as well. This is exactly what we consider to be one of the main challenge to the Fund: to discover these opportunities and to act as a catalyst for mobilising different forces and actors who can be positive change-makers in the region. Therefore, the Fund especially targets the new generations, coming from different fields and sectors, who can be not only promoters of developments, but active participants in it as well. The region still needs help in consolidating democracy. The EU perspective gives to these countries guidelines and additional motivation for implementing reforms and changing these societies, but it requires large-scale investments in many ways and at all levels. We think that it is very important to contribute to capacity building in the public sector and in the civil sphere... We wish to invest in people, especially in the new generations, who will be the new leaders of this region. Another important challenge we are dealing with is the image of the Balkans. It is important to build a positive perception of this region from the inside by acknowledging the latest developments and improvements, but it is equally important to convey a fresh, positive message to the outside world. Agents of change are needed to carry this message that can help in bringing the Balkans back to Europe.