Whistleblowers in Serbia: a model law 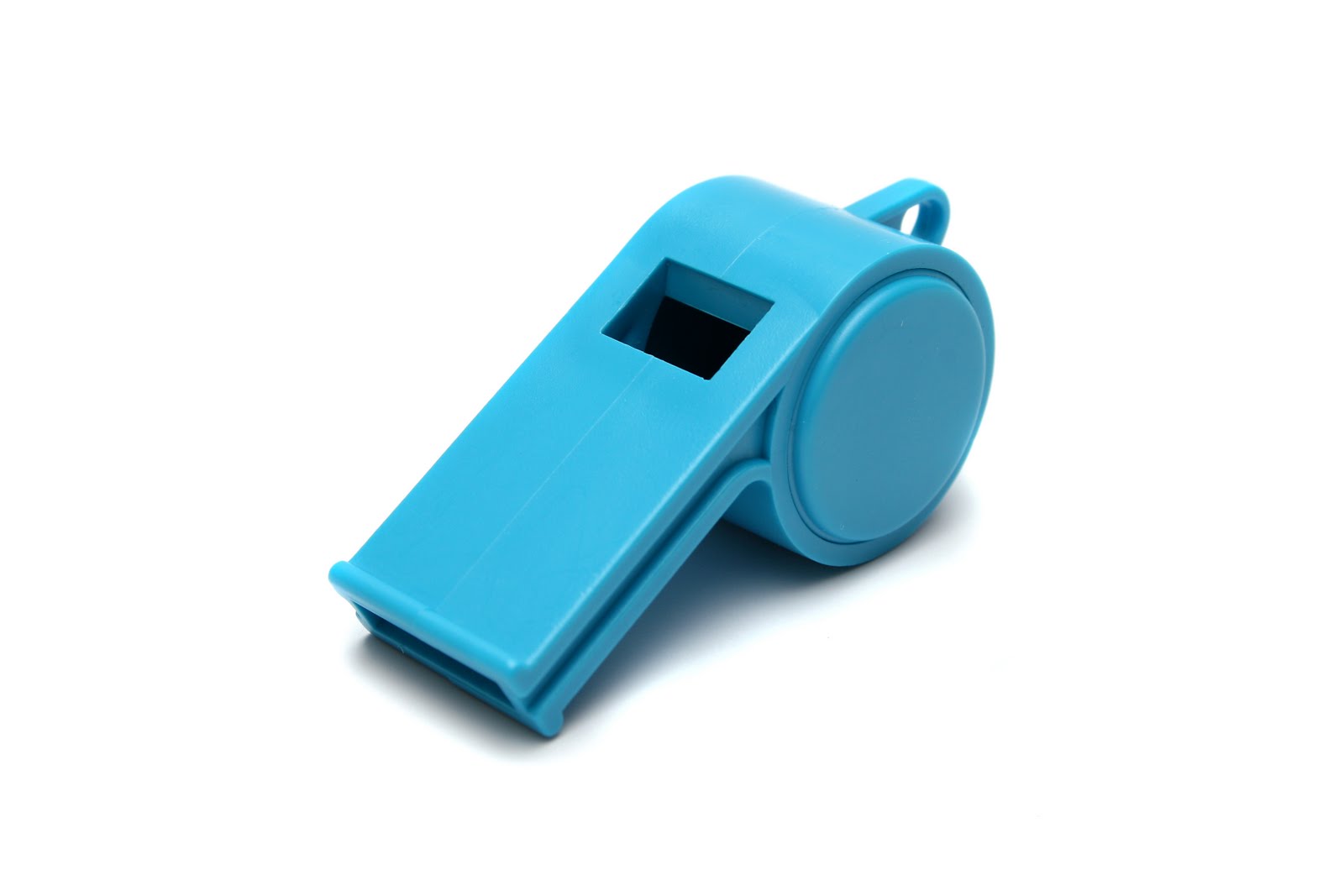 Serbia has a unique, gold-standard law – whistleblowers themselves have contributed to its drafting. There are, however, inconsistencies in its application

(Originally published by Beta News Agency , our media partner in the ECPMF  project)

In Serbia, the application of the Whistleblower Protection Act, which entered into force two and a half years ago, has so far given good results. At the same time, however, some gaps have emerged which, according to experts, are a clear indication that the law has not remained dead letter. It is not enough that the new law on whistleblower protection works in practice, but it is also necessary that the corruption episodes are properly sanctioned, as this is the main reason and ultimate purpose of whistleblowing.

"The law is widely thought out in order to provide whistleblowers with the utmost protection, which entails the risk that regulatory texts will be interpreted in a manner contrary to the intentions of the legislator and all of us who have participated in the writing. This is the only law on whistleblower protection in the world that whistleblowers themselves, at the request of Pištaljka, have contributed to drafting", pointed out Dragana Matović, lawyer and editor of the Pištaljka portal, devoted to investigations on corruption and other abuses of power, as well as to protect whistleblower rights.

An analysis of the first two years of application of the law, carried out by Pištaljka, showed that some observations on the legal text made by the portal before the law entered into force were precise and far-sighted.

Practice, in fact, has brought to light some inconsistencies in the implementation of the law, primarily due to the way in which the entire judicial system is organised, and especially the courts. Yet, as Dragana Matović argues, these issues will be resolved step by step, with the involvement of judges and whistleblowing experts.

"Another issue is that of court fees, that is, of the exemption [for whistleblowers] from payment of procedural costs. It is also of vital importance for judges to receive appropriate training. And of course, there is also the need to prosecute and punish those responsible for corruption episodes, a matter that has not been dealt with by this law, but must go hand in hand with its application", Matović told the Beta agency.

Who are whistleblowers? Why can a worker decide to become one? And if they act in the public interest, who protects them? For a comprehensive overview of the ongoing European debate, see our dossier  based on the materials available on the Resource Centre   on media freedom

The lawyer also added that, in addition to improving the functioning of reporting channels, it is also necessary to provide adequate training for the staff of the body responsible for receiving the reports, as they often undergo the same pressures as whistleblowers when trying to do the right thing.

Pištaljka is the only legal aid centre for whistleblowers in the Balkans, and its lawyers are engaged as whistleblower legal advisers and legal representatives in dozens of criminal proceedings. They also offer legal advice to citizens who want to know what their rights are in case they decided to report an illicit. Pištaljka routinely receives requests for legal advice, accompanied by extensive documentation of the crimes, mostly in the fields of healthcare, education, and public administration.

The law on whistleblower protection was approved in November 2014 and came into force in June 2015.

According to Dragomir Milojević, president of the Supreme Court of Cassation, the results of the first two and a half years of application have exceeded all expectations, and the law continues to reap great benefits, helping public authorities to seriously address the issue of whistleblower protection.

"However, it soon became clear what the gaps and weaknesses of the law were", Milojević told Beta, pointing out that judgments issued by courts are not always respected as some employers simply ignore the fact that court has spoken in favour of the whistleblower. In his view, in order to ensure effective enforcement of the law and prevent the violation of its provisions, it is necessary to introduce stricter penalties in the event of a violation of the rights established by law, in particular in the event of non-compliance with judgments in favour of whistleblowers.

"It is also necessary to establish a mechanism for the protection of whistleblowers from retaliation [by the employer] in the form of criminal prosecution", Milojević added.

According to the Supreme Court of Cassation, from the entry into force of the Whistleblower Protection Act until June 30th, 2017, 427 criminal proceedings were initiated for whistleblowing, of which 364 were completed, but at the moment there is no data on the number of proceedings that have come to a definitive ruling.

In 2015, a total of 55 criminal proceedings related to whistleblowing were opened in Serbian courts, of which 33 were concluded; in 2016, 295 proceedings started, of which 241 were completed.

According to Dragana Matović, the Serbian law on whistleblower protection is regarded as the gold standard at the international level by the leading experts in the field, primarily those in the United States, that have decades of experience – including Tom Devine, who collaborated with one of the most famous whistleblowers in the world, former New York police officer Frank Serpico.

For decades, Tom Devine has headed the legal office of a whistleblower rights organisation and participated, as an external consultant, in drafting the Serbian law.

Matović also pointed out that the provisions of the Serbian law serve as a model for many countries, some of which, like Canada or several EU Member States, have incorporated them into their national legislation. She added that at the major international conferences on whistleblowing the Serbian law is often cited as an example of a highly elaborated regulatory act, the practical implementation of which implies novelties regarded as revolutionary.

"The people who drafted the law have had the audacity and foresight to oppose the inclusion of the notion of good faith in the regulatory text, because they understood that delving into the reasons of whistleblowers would open unlimited space of manipulation. Whistleblowers' reasons should not concern anybody as long as the facts they have denounced are true. Now, even the main advocates of the concept of good faith – the (British) jurists – are giving up on it", Matović explained.

She also stated that drafters managed to withstand the pressures of some Serbian jurists, who insisted that sanctions against whistleblowers be introduced if they were proved to have abused the law or if the facts they have denounced turned out to be false.

"Allowing such a threat to whistleblowers in the law on whistleblower protection would reveal a deep misunderstanding of the matter", said Matović.

Statistical surveys conducted by Pištaljka show that high Serbian courts rarely comply with the eight-day statutory deadline for deciding on a request for a provisional measure to protect whistleblowers. At the High Court in Leskovac these procedures last up to 82 days, at the High Court of Kragujevac up to 72 days.

The "champion" of efficiency is the Pančevo High Court, where decision-making usually lasts half the time provided by law (i.e. 4 days), followed by the courts of Požarevac (7 days), Subotica (8 days), and Belgrade, Zajecar, and Novi Sad (30 days).

On the basis of the collected data, 60% of requests for the issuance of a provisional measure was addressed to the courts of Belgrade, Novi Sad, and Požarevac.

Dragana Matović emphasised the importance of temporary protection measures as one of the most effective tools available for the court to deal with any retaliatory actions against whistleblowers, guaranteeing their reintegration into the workplace in the event of illegal dismissal. In order to issue a temporary measure to protect the whistleblower, it is sufficient for the latter to refer to the provisions of the law, proving that the dismissal was made following the report.

"The whistleblower does not need to prove anything but the fact that the retaliatory action occurred following the report. The provisional measure must be issued within eight days [...] and, once the whistleblower's safety is guaranteed for the entire duration of the criminal proceeding, the power relations will change significantly. Only then will the whistleblower have the opportunity to fight against an incomparably more powerful opponent", explained Matović, adding that the application of provisional measures is another unique, innovative element of the Serbian law, regarded as particularly effective in dealing with retaliation against whistleblowers.

As Pištaljka points out, the first – and hitherto the only – final ruling in a proceeding concerning the protection of whistleblower rights was issued a year and 10 months after the law entered into force.

Some criminal proceedings aimed at establishing the legitimacy of the dismissal of whistleblowers lasted less than a year, and the first provisional measure was issued four months after the law entered into force. In this regard, it should be noted that in the United States the first provisional measure to protect a whistleblower was issued two years after the entry into force of the relevant legislation, while one of the still pending proceedings related to whistleblowing has been around for 11 years and still the end is not in sight.

Pištaljka's legal experts believe, however, that the real epilogue of criminal cases related to whistleblowing will only be reached when perpetrators are prosecuted and convicted.

So far, citizens of Serbia have never addressed the European Court of Human Rights on whistleblowing issues.

According to data collected by Pištaljka, in Serbia 7 whistleblower out of 10 are men, and 3 out of 4 are public sector employees. As regards the nature of the reports, 42% refers to abuses of office, 22% to corrupt practices, and 15% to human rights violations.

The majority of reports is addressed to various inspectors (22%) and internal members of the institutional body (18%), but also to the Anti-Corruption Agency, the Courts, and the Prosecutor (13 %). Approximately 40% of the proceedings ends up at the Belgrade Court of Appeal.

The training of judges

According to the Supreme Court of Cassation, 1,100 judges and about 200 office technical advisers have so far received specific training for the implementation of the Whistleblower Protection Act.

In early 2017, Pištaljka launched a project, co-financed by the European Union, named "Glasna pištaljka" ("Loud Whistle"), that aims at providing specific training to 1,000 judges and 100 attorneys.

As highlighted by the portal editors, this project is an absolute novelty at the European level, as it is the first time that a civil society organisation provides state employees with training on the implementation of a law, using the experience gained in many years of fieldwork.

The interest of judges in the project is considerable, and at the end of the course a license will be released to conduct whistleblowing-related criminal proceedings. Exchange of experiences between civil society representatives and public employees is very valuable and of crucial importance for good law enforcement. Hopefully, this type of training will be picked up in the implementation of other regulatory acts.

The Serbian law on whistleblower protection is the only one in the world that has made its application conditional to judges obtaining special training and licensing.

Who are whistleblowers? Why can a worker decide to become one? And if they act in the public interest, who protects them? For a comprehensive overview of the ongoing European debate, see our dossier  based on the materials available on the Resource Centre   on media freedom