I migranti bulgari in Grecia 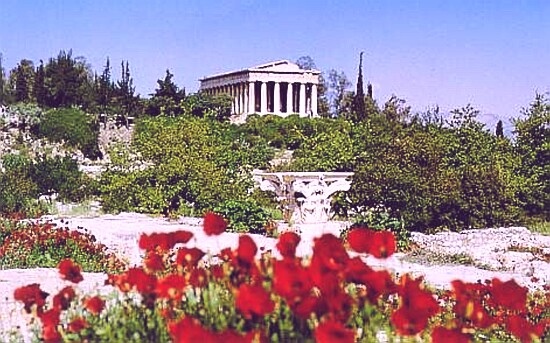 Compact masses of Bulgarian migrants are to be found in the major city in Northern Greece, Thessaloniki, and the capital Athens. Almost all of the Bulgarian migrants that arrived in Greece before August 2001 hold 'green cards'. The ones that are occupied in the gray economy expect a new campaign to legalize migrants and hope to obtain green cards. The Bulgarian Consulate Office in Thessaloniki claims that there are around 100 000 illegal Bulgarian economic migrants. Since last year the Greek authorities have deported 76 Bulgarians.
Bulgarian economic migrants are treated with respect in Greece. Bulgarians work hard and are well accepted. The Greeks take into account the good cultural level of the Bulgarian migrants and the fact that they are in Greece in order to support their families.

There are legends about the big salaries and wages that Bulgarian economic migrants make in Greece but in fact their everyday life is difficult. There is a stark difference between the Bulgarian economic migrants in Northern Greece and in Athens. This is mainly in terms of their income. The Greeks still calculate everything in Drachmas, despite the fact that they have adopted the Euro. The minimum wage in Greece is 528 Euro and this does not include the social and health security, which amount to 100 Euro. This is the range, within which the wages of the Bulgarian economic migrants varies. In contrast with the Albanian migrants the Bulgarian migrants would be happy with less money. They are employed in the restaurants as waiter and waitresses, dish washers, housekeepers and seasonal workers in the agriculture, i.e. orange and olive pickers. Most Bulgarians prefer not to pay social security, because back in Bulgarian they can buy an employment record for much less

In the centre of Thessaloniki, 300 meters away from the St. Sofia Church, on 11, Kaliboulou Str., one can find the Bulgarian cafeteria Espresso. It is owned and operated by Ms. Liliana Kehaya, originally from the Bulgarian town of Yambol, who set up the cafeteria with the idea to make it into the melting pot of the Bulgarians in Thessaloniki. Liliana arrived in Thessaloniki ten years ago in order to make a living and five years ago she married a local Greek gentleman. For 5 years she supported her family in Bulgaria by cleaning houses and offices. Liliana does not support the notion that Greece is the Bulgarian Klondike, "It is impossible to save money here. I haven't heard of anyone getting rich". Almost all the Bulgarians that work in Greece send money to their families in Bulgaria, buy new cars and furniture for their homes. Liliana is upset by the fact that Bulgarians are not organised, that they do not help each other. That is the reason why she set up a cafe, where Bulgarian holidays are celebrated, Bulgarian music is played and even Bulgarian rakiya (alkohol drink as grappa) is served. Liliana is convinced that Bulgarian migrants need to learn a lesson from the unity of the Albanians, which do not agree to work for less money and protect their rights. Albanians bargain with the employers. Liliana tells a story about Albanian furniture movers, who made a deal with a Greek to move some air conditioners for a very low wage. The Albanian workers took the money from the Greek, stacked them in the car and then ran away without ever taking them down and in this way took what they deserved. Liliana believes, "Bulgarians ought to behave in a similar fashion and should not agree to work for less money". She claims Greeks are not biased against the Bulgarians that they steel the bread of the Greeks, because the Bulgarians perform mainly menial work. "There is not a single Greek lady who would clean for 8-10 hours daily for such a small amount of money such as the one which Bulgarians receive", says Liliana.
The Bulgarian colony in Thessaloniki does not live in compact clusters such as the Albanian one. Only the Bulgarian Roma that have settled down in one place make an exception. There are a few extended families from the Bulgarian town of Velingrad, who have brought all their living their relatives. They make a living as seasonal workers, musicians, perform menial work such as all the other migrants.

The wages and salaries of the Bulgarians vary with regard to the actual deal with the Greek employer and are different in the cities of Athens and Thessaloniki. For a house work in Thessaloniki one receives around 450 Euro monthly salary and in Athens the corresponding salary would be 600 Euro. The daily pay in Thessaloniki is 25-30 Euro. The livings cost are high. The lowest rent for a living place is 200 Euro and this would be a rather basic home. There are also Bulgarians that receive a fixed wage. The average monthly salary is 650 Euro.

The phenomenon of the Bulgarian woman

In Greece one can spot the phenomenon of Bulgarian women, who work in Greece and feed their families. In a similar fashion, one can identify a difference between the Bulgarian ladies who work in Thessaloniki and the Bulgarians who work in Athens. The women, who have come to work in Thessaloniki have reunited with their husbands, while the Bulgarian females who work in Athens live on their own. In Athens the Bulgarians make a living as house helpers - they baby sit or take care of elderly people. In the centre of Athens we met an elegant woman in her fifties and radiating an imposing air. She heard us talking in Bulgarian and politely asked us about directions to a street. One can notice she is thirsty for human contact. The lady comes from the Bulgarian town of Karlovo and has been sacked from the military factory in the town. She has just one day off in the week and suffers mostly from human contact and lack of social contacts. She has not found a friend yet, "I can not be friend with anybody".

In Athens one can find many middle-aged Bulgarian who work and support their families and spouses. These 'strong girls' go out once in the week and have more fun in the taverns than the Greeks. While in Northern Greece there are many Bulgarian ladies, who married Greek men or date Greek men, in Athens the love affairs between Bulgarians and Greeks are rare. The Bulgarian female migrants in Athens find soul mates among the Albanian migrants. One can identify a sort of Bulgarian-Albanian syndicate in the Greek capital. There are many cases where a Bulgarian lady with a family and a husband in Bulgaria, whom she supports, lives with an Albanian in Athens. It turns out that the Albanian man protects the Bulgarian lady. There is one more peculiarity. Middle-aged Bulgarian ladies date younger Albanians.
"Bulgarian are 'megali kefali' with big heads} and eat onion", the Albanian I. from Korca, whom we met in Thessaloniki, characterised Bulgarians. I. explains the Bulgarian-Albanian syndicate with the similar mentality of the Bulgarians and the Albanians. I. tells a story that might be interesting to Bulgarian men. Once in the middle of the night, while he was in a cafeteria in Thessaloniki, a taxi stopped and the driver asked him whether he could leave a lady for an hour. The lady was Bulgarian, spoke only Russian and had a Greek-Bulgarian phrase book. I., who has studied Russian during the time of Enver Hoxha, managed to start a conversation and asked the lady what she was doing in Thessaloniki. The unknown woman told him that her husband convinced her to come to Greece and earn money. I. had difficulties to understand, "I was asking how could her husband not come over and earn some money. He spends his whole day at home reading newspapers - was the answer I got from the Bulgarian".

Most Bulgarians come to Greece in order to earn money without knowing a word in Greek and that faces them with many difficulties. For many the only source of information is the Bulgarian language press. Four Bulgarian language newspapers are being published in Athens. Three of them - the biweekly Kontakti Contacts with a cirulation of 4,000 copies, Balgaria dnes Bulgarian today and Balgarski glas Bulgarian voice are published by Bulgarian economic migrants. Only Atinski vesti Athens news is a Bulgarian language weekly, published by a Greek. Ms. Blagorodna Filevska, who works for the Kontakti, claims that the newspapers have greatly assisted Bulgarians in getting to know how to apply for green cards. Even until now the print media is the almost sole contact of Bulgarian migrants with the foreign environment. The small office of Kontakti has became the meeting place of the Bulgarian migrant workers.

One can find among the old Bulgarian migrants in Greece ones, who have prospered and become part of the Greek elite. In the bourgeoisie Koloniaki neighbourhood of Athens one can meet elegant gray-haired ladies who walk their dogs. Mr. Mitzotakis also lives in Koloniaki and his compound is guarded. We pass by the window shops of the elegant boutiques, where rich Greeks shop and buy status at the same time. The restaurant of Ms. Radka, famous among the Bulgarian political and intellectual elite is situated in Koloniaki. The story of the Bulgarian who emigrated many years ago is a complicated one. The restaurant owned by her is a melting pot for the Athens bohemia and the tables have been booked till the end of the year. You can only go to Ms. Radka's if you have a reservation, or if you are referred by close friends of hers in Bulgaria such as the former Bulgarian president Mr. Zhelyu Zhelev. Prominent Greek politicians often come to her restaurant. Ms. Radka radiates elegance and personally welcomes and sees off her guests. She is dressed in a silk skirt and blouse, over which she wears a kimono that makes you feel at home or may be in some kind of boudoir. Her jewelry is stylish and discreet. Her eyes are penetrating. Honestly speaking, Ms. Rada's restaurant was the only place in Greece, where we saw fast and quality service in Greece. We comforted ourselves after being in Ms. Rada's restaurant that we, the Bulgarians, are also a gifted nation, which given more luck, might be able to go beyond the level of shadow economy workers abroad.