The Revival of Islam in the Balkans. From Identity to Religiosity 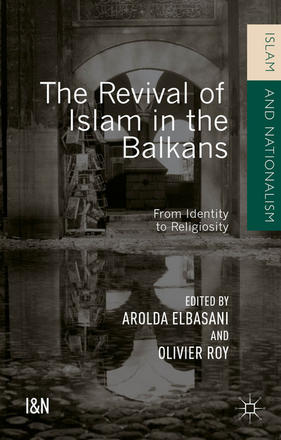 This book challenges top-down analytical frameworks that view Islam in the Balkans as a repository of ethno-national identities and/or a potential 'depot' of conflict between and among nations. It outlines a new conceptual framework in which believers are endowed with the capacity to choose and resist broad classifications amidst the competitive market of religion following the fall of communism. Written by researchers with extensive and hands-on experience in the field, the book provides cross-country evidence on the reconfiguration of state-organized religious fields and the emergence of new actors and forms of religiosity. Combining a fresh analytical perspective with rich empirical analysis, the book furthers the understanding of Islam particularly with regard to the relation between state and religion, the role of foreign influences, the diversity of actors who speak for Islam, the processes of individualization of faith, and the evolution and traits of Islam in the European context.

Arolda Elbasani is Jean Monnet Fellow at the European University Institute, Florence. Her research interests and publications lie at the intersection of European integration, institution-building, political corruption, Islamic politics, Islam in Europe, and comparative democratization with a focus on Southeast Europe and Turkey.

Olivier Roy is Professor at the European University Institute, Florence. He is the author of numerous books on topics related to Political Islam, the Middle East, Islam in the West and comparative religions including The Failure of Political Islam (1994), Globalized Islam: The Search for a New Ummah (2004) and Holy Ignorance (2010).