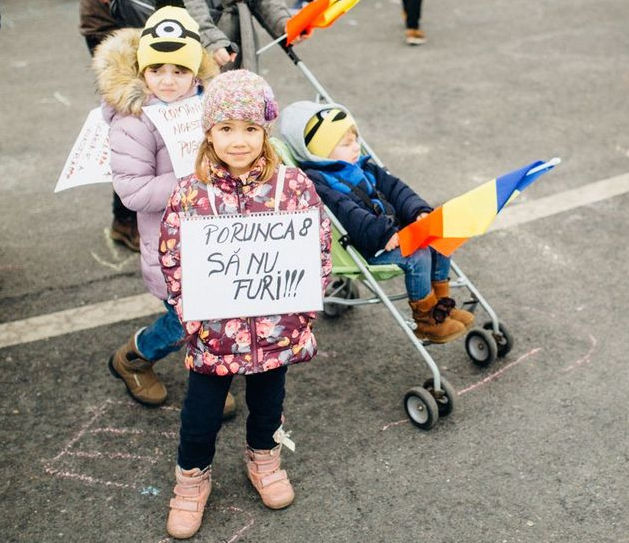 Romania has a law protecting whistleblowers since 2004. But how many Romanian citizens have benefited from it? What is the real impact of a "law without society"? The analysis of Dilema Veche

(Originally published by Dilema Veche , our media partner in the ECPMF project)

These days, Romanian society is once again shaken by government initiatives, namely the tax reform and the draft amendments to the law on justice. During the march organised on November 5th in Bucharest to protest against "political control over justice", the main slogan shouted by the crowd was "We do not want to be a nation of thieves". Because what we want is, of course, a country where corruption is not encouraged from the top.

Having said that, what are we willing to lose for the cause? What would we do, for example, if we were to witness an illicit behaviour in our workplace? A boss who squanders funds, or colleagues who violate laws or regulations? If we were witnesses of fraud, corruption, or facts that could even endanger public security, would we close our eyes or report them? Would we accept to be personally involved? And if so, would we be aware of the legal means available to protect us from possible consequences, from small retaliations to job loss?

More and more often in Romania we have heard of cases denounced by so-called whistleblowers, such as the "Lux Leaks" scandal, which uncovered complex tax evasion schemes (2014); the “Panama Papers”, which revealed financial information on thousands of offshore entities (2015); or the Russian doping scandal before the start of the 2016 Olympic Games. Nevertheless, we never seriously question the implications of these allegations or think about the possible reprisals faced by whistleblowers.

Who are whistleblowers? Why can a worker decide to become one? And if they act in the public interest, who protects them? For a comprehensive overview of the ongoing European debate, see our dossier.

The law exists, but who knows about it?

At the end of October 2017, the European Parliament voted a major resolution on the need for a European legal framework for the protection of whistleblowers – those citizens who, having witnessed various illicits committed in public or private institutions, decide to report them.

In Romania we already have such a law: we were the first European country to protect whistleblowers and, apparently, it is also a good law. This is Law 571 of 2004, which protects public officials who report unlawful conduct against reprisals such as loss of employment.

Although it is a very good law, and also an instrument that should encourage the involvement of citizens in the fight against corruption, it is little known and used.

In this regard, last year Active Watch drew attention to the increase in cases of persecution against whistleblowers, citing the case of Mariana Rădulescu, head accountant of the Brukenthal National Museum in Sibiu. The woman had reported a series of irregularities in the management of museum activities and funds to the director of the institute, accusing the manager, Professor Sabin Adrian Luca. The manager had allegedly created a "harmful, degrading and hostile working environment" through "frequent and repeated offenses, professional and personal slander, unfairness, discrimination, and harassment". Soon after, however, the woman was sanctioned for a mistake in an invoice. Although Rădulescu appealed to the court, the appeal was rejected, and then she received a new sanction because of her absence from work – while she was in court. The museum manager also filed a civil case against the woman for damage to his image.

In a communication addressed to the Ministry of Culture, Active Watch recalls that "the law on whistleblowers is a fundamental tool in the fight against corruption and administrative inefficiency, and employees who have the courage to report such misdeeds must be protected from any retaliation. Therefore, the directors of institutions who carry out or tolerate harassment of whistleblowers must be called to comply with the law and answer for their actions".

As it often happens, although there is a law, one wonders what is the point of it. But the issue is wider, because even if there is a legal instrument capable of protecting whistleblowers' jobs, a person in a subordinate position needs to rely on strong motivations in order to decide to risk revealing irregularities witnessed on the workplace. A strength that can only derive from the vision of a worthy society as well as from the desire and certainty of having a chain of solidarity on which to rely. Unfortunately, in societies where we let frustration confine our existence to the small everyday reality, change from the bottom does not happen, and the rings of the chain do not weld.