Serbia between China and Europe 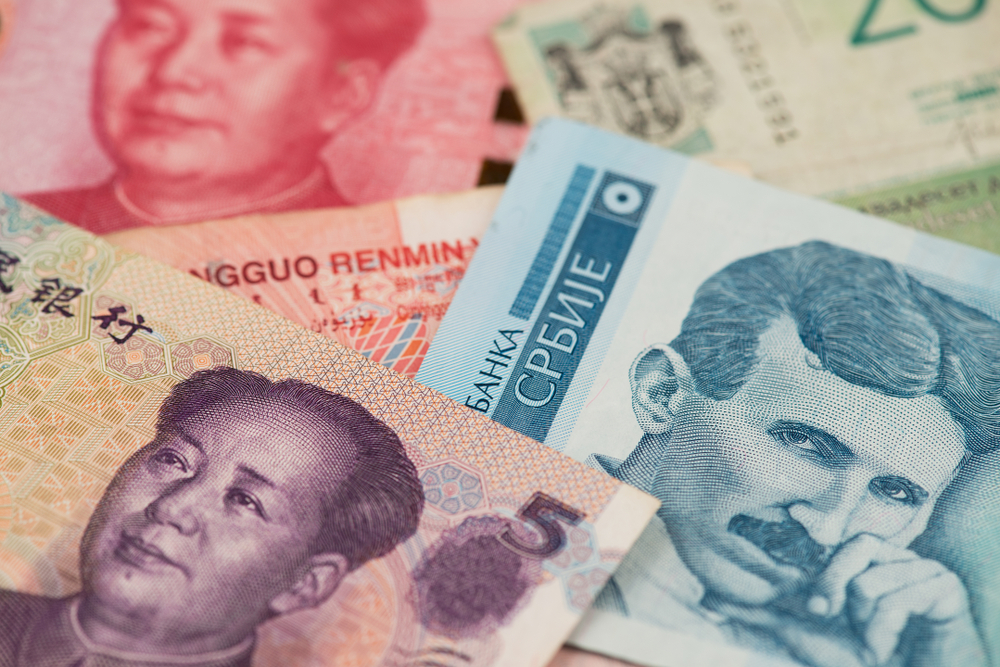 China’s influence in Serbia is growing. In its recent report, the European Parliament expressed concern about the lack of transparency and environmental and social impact assessment of Chinese investments and loans in Serbia and across the Western Balkans

On February 23, the European Parliament's Committee on Foreign Affairs (AFET) adopted a resolution, presented by the rapporteur Vladimír Bilčík, on the 2019-2020 Commission reports on Serbia, expressing “concern over China’s growing influence in Serbia and across the Western Balkans, in particular regarding the lack of transparency and environmental and social impact assessment of Chinese investments and loans”.

In Serbia the report of the European Parliament reopened the discussion on the nature of bilateral relations between Belgrade and Beijing, and provoked reactions oscillating between – often exaggerated – praise for China and claims that Serbia has become “the first Chinese province in Europe”.

“It is a great honour for us, we have an excellent collaboration with China. The Belt and Road Initiative brought great benefits to our people as well as to Chinese people”, said Serbian President Aleksandar Vucic following the annual summit between China and Central and Eastern European countries, held via video conference on February 9.

In an interview for Chinese television station CCTV-13 Vucic affirmed that today the value of Serbian exports to China is 50 times higher than ten years ago, adding that he was grateful to China for the aid sent to Serbia last year, including medical devices and vaccines.

“[In 2020] Serbia’s GDP decreased 1%, while some countries recorded a 17% percent decline in GDP. In 2021 we expect GDP to grow 6%. Serbia’s public debt accounts for 57% of country’s GDP despite an increase in public spending during the pandemic. We would have never reached such results without China’s help”, said Vucic.

On the other hand, EU High Representative for Foreign Affairs Josep Borell underlines that EU support to the Western Balkans is more substantial than the one coming from China, Russia, and Turkey.

“Our investment plan [for the Western Balkans] envisages support of up to 9 billion Euros of funding for healthcare and economic interventions”, said Borell, adding that the EU is also trying to help the Western Balkans in providing anti Covid 19 vaccines, despite facing many difficulties in this regard.

“We admit that we have difficulties, there is a vaccine shortage [in the EU], while in some countries in the region, like Serbia, there is a big diplomatic battle going on”, declared Borell.

On January 19, twenty MEPs, including Miriam Lexmann from the European People's Party group (EPP), sent a letter to EU Commissioner for Enlargement Olivér Várhelyi, pointing out some negative aspects of Chinese investments in Serbia.

“We call on the European Commission to pay attention to Chinese investments to heavy industry in Serbia, because they have negative effects on the environment and on the judicial system”, said Lexmann.

As far as vaccines are concerned, Lexmann defined the delivery of 1 million doses of China’s Sinopharm vaccine to Serbia as “Beijing’s political investment”.

“Everybody cares about health. When faced with a health threat, people feel scared and insecure. Unfortunately, I believe that we are witnessing an attempt by China to manipulate Serbian citizens”, said Lexmann.

While Europe discusses Chinese strategic influence in the Western Balkans, in Serbia there is a fierce debate on the financial aspects of China’s growing presence in the country.

Nikezic explaines that a massive increase in Serbia’s debt to China is due to the fact that over the last nine years all big infrastructure projects in Serbia have been financed by loans received from China and all contracts have been awarded to Chinese companies without public tenders. According to Nikezic, if all planned projects were to be completed, Serbia’s debt to China would rise to 15 billion Euros.

Strahinja Subotic, researcher at the Centre for European Politics in Belgrade and author of a study on bilateral relations between Serbia and China, seems less concerned about Serbia’s growing debt to Beijing.

“Serbia is the only country [of the Western Balkans] that didn’t support EU resolutions strongly critical of China, whether human right violations, geopolitical issues or China’s interests in Hong Kong and in Tibet. Though China dismisses such criticism with ever greater firmness, all countries in the region [except Serbia] have supported the above-mentioned resolutions. So the politics underlines a mutual trust relationship [between China and Serbia] that has remained unchanged after a power shift in Serbia in 2012.Tthe Serbian government never criticises China. There are those who have positive attitudes and those who don’t like Russia or the EU, but in Serbia there is no sino-skepticism, that is skepticism towards China”, explained Subotic.

Once upon a time in Serbia, in order to underline the traditional friendship between Belgrade and Moscow, people would often quote the following proverb: “We [Serbs] and Russians are 300 million”. Nowadays it is becoming increasingly rare to hear this proverb, while many Serbian citizens, especially those who have been vaccined with Chinese vaccine, more and more often joke saying “Ni Hao” [hello in Chinese] to each other.

But, as is well known, there’s a grain of truth in every joke.