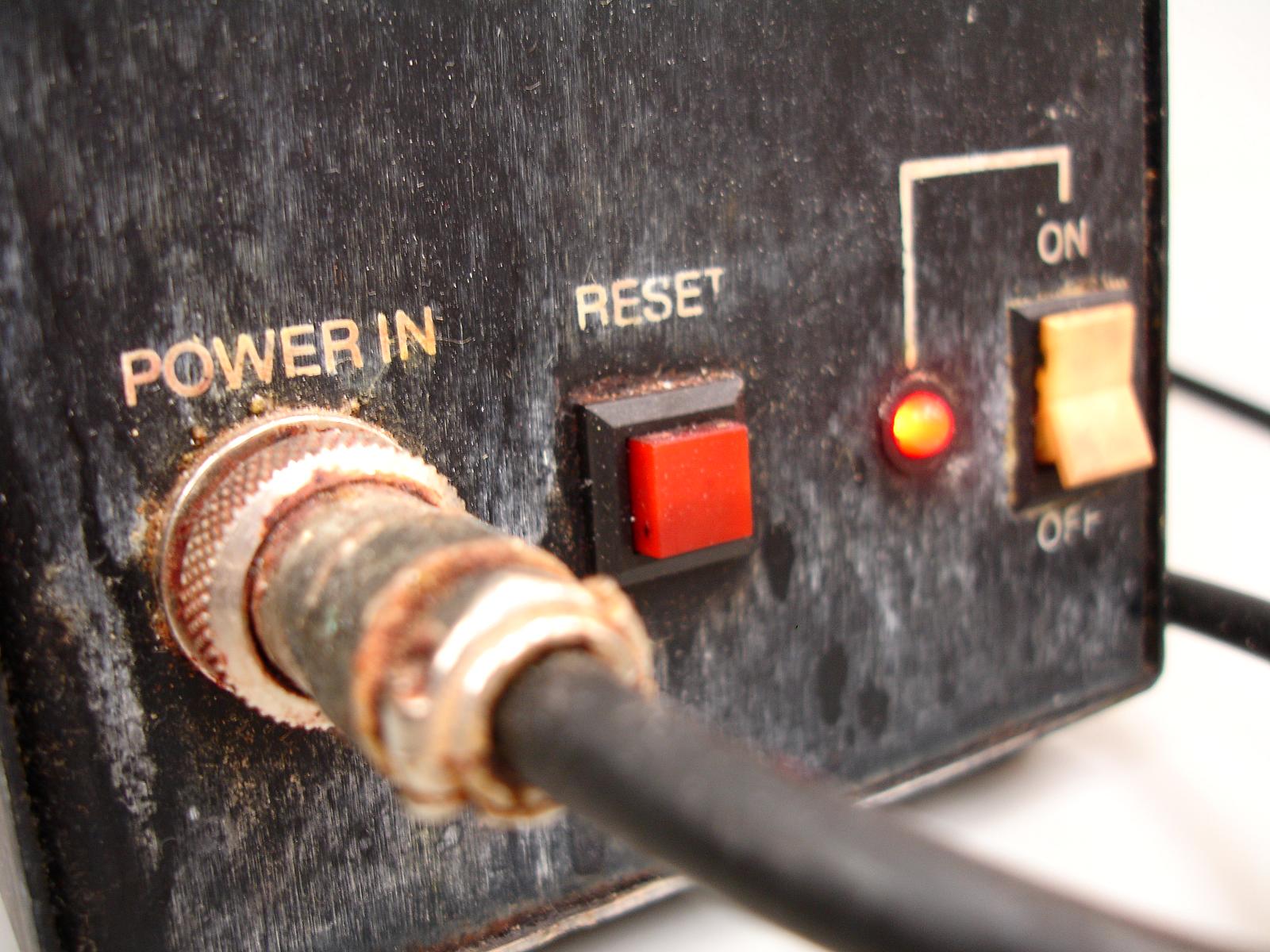 Institutional crisis in Macedonia: outcome of corrupt and authoritarian politicians, or by-product of the country's political system? A commentary by our correspondent

Another chapter in the long, soap-opera-like, political negotiations in Macedonia is closed. As in the previous case, the "agreement for agreement", as some media in Macedonia ironically renamed the latest arrangement between the four political parties, was settled under heavy pressure from international envoys. Besides the US Assistant Secretary of State, Victoria Nuland, this time there was also a German diplomat, Johannes Haindl, involved in striking a deal.

Creating conditions and mutually acceptable procedures that would result in fair and democratic elections is the ultimate goal of both agreements, “Pržino 1” and “Pržino 2”. The aim of both is to put an end to the political crisis that erupted last year, after SDSM accused the government of committing a series of wrongdoings among which the illegal surveillance of up to 20.000 citizens over a four-year period. So far, snap elections have been postponed twice due to the breach of conditions envisioned in the first Pržino agreement.

The latest version of the agreement specifically addresses the issues that were not resolved till today. Namely, the revision of the voters list and the reform of media. Therefore, a procedure for assessing reform progress was established as a key part of the Pržino 2 agreement. “By 31 August, leaders of the four political parties will assess whether the above mentioned steps have been completed,” it is said in the agreement  adopted on July 20th.

The crisis – politicians fault or by-product of the system?

Since the beginning of the political crisis, there are a few questions that bugs many. Will the political deal and the snap elections put an end to the crisis? A more substantial dilemma concerns the source of the crises. Is it the corrupt politicians or the corrupted system that originated this crisis? Or to paraphrase it, did Nikola Gruevski, the former prime minister and actual leader of the ruling party (VMRO), produce the system, or was he merely a product of the system?

If the leader holds responsibility for the current status quo, then it would be easier to fix it once he goes off the political stage. But if, on the contrary, he is the product of a corrupt structure, then it will be harder to achieve a viable solution as the whole system needs to be changed. The second scenario is especially demanding having in mind that a substantial group of people, so called party soldiers, have direct benefits from the corrupted system which makes the situation even more complicated.

Among many citizens and experts, the feeling is that it is now high time to challenge the actual system which is characterized by a mono-ethnic political party using patronage-based politics to subordinate the rule of law and divide the citizens into ethnic groups so it can more easily undermine the democratic values.

One representative of this position is the film director and writer Milcho Manchevski, the winner of the Golden Lion award at 51st Venice International Film Festival. In a recent interview for Germany's international broadcaster DW, Manchevski underlines that the protests in Skopje are a “chance for turning a new page and therefore it should not be missed.” The new page, according to him, means “no to criminal, fake democracy and tribal divisions.”

In another interview for DW, political analysis Arsim Zekoli, advocates for uncompromising and ultimate fight against crime and corruption in the same time pointing at the new reality. “Citizens discontent is no longer pointed only at the Government, but also against the system and the establishment that produces this kind of governing,” Zekoli said.

The argument is further developed by international analysts Dimitar Bechev, visiting scholar at Center for European Studies at Harvard University. In an RFE interview Bechev emphasizes that the young citizens of the country want to bridge the ethnic divisions, especially in the political sphere of life, through activism and active citizenship.

Against the centripetal forces of political engagement, participation in protests, civic initiatives and social movements, elites use the centrifugal one, upholding distrust and social polarization along ethnic lines, working to preserve the status quo. By far, this is the most efficient strategy used by the establishment in perpetuating power relations. The Slovenian think-thank IFIMES , analysing the current situation, underlines that even the smallest crises in the society are quite often portrayed or contextualize through the ethnic lenses ultimately perpetuating the ethnic tensions.

In that context media serves as tool. Their reports reinforce the perceptions of inequality, which further perpetuates ethnic victimhood and polarization. This scheme mainly counts for the power plays between ethnic Macedonians and ethnic Albanians. There are many examples to support this claim.

The third-child policy is still presented by the media as a plan to increase the birth rate only of ethnic Macedonians regardless of the fact that researches shown that 9.995 ethnic Albanian families compared to 6.758 ethnic Macedonian benefited from it. Then there is the common stereotype spread through media that ethnic Albanians are less fiscally responsible. Or the incident that happened a few weeks ago when a four-year-old ethnic Albanian boy together with his family was run over by an ethnic Macedonian after he had quarrel and brawl with the boy’s family.

Regardless of the fact that even the dead boy’s family underlined that there is no ethnic background to the incident, Albanian language media made a fuss out of the fact that the case was not reported sooner by the Macedonian language media. A substantial question that was supposed to be discussed within the journalist’s organization and amongst the professionals, but not to be publicly exploited for further polarization.

Lura Pollozhani, PhD candidate, and Dane Taleski, a visiting fellow at the University in Graz underline that most political parties and media use ethno-nationalistic narratives and discourses to mobilize support and legitimize a certain outlook. Analysing the current situation they use the momentum to push for creating civic identity.

“If Albanians decide to ignore democratization struggles, then they are choosing to give priority to their ethnic identity before their civic identity, diminishing the opportunities for personal growth as well as political awareness. On the other hand, ethnic Macedonians, in other words the majority, should pay greater attention to the position of Albanians in Macedonia,” write Pollozhani and Taleski in a BIRN article.

"Democracy doesn't work if we constantly demonize each other"

The above sentence was recently used by the USA president Barak Obama at the Democratic National Convention. It perfectly fits in the Macedonian situation.

“A unified inter-ethnic opposition front that would confront the ruling parties is more than necessary, but in two-and-a-half decades of multi-party politics in Macedonia, no pre-election coalition has ever been formed between ethnic Macedonian and ethnic Albanian parties because their platforms are in large part based on ethnic issues and, on that subject, they have completely opposing views,” political analyst and former MP Naser Ziberi says for BIRN.

It is inspiring that mostly young people from different ethnic backgrounds protests demanding accountability from the political leaders. But it is also a fact that participation in the civic protests involves a relatively small group of people that have urban/cosmopolitan mindset and are willing to change the game in town.

Having in mind that so far the average election turnout in Macedonia is 58.27% there is a solid ground for using the momentum and promote a new civic party. Therefore a discussion on how we see our country in the future should be open from all agents in the society, or as some scholars says, it is a perfect time to rewrite the social contract between the institutions, the government and the citizens. But for that to happened nationalistic dreams should be left aside.