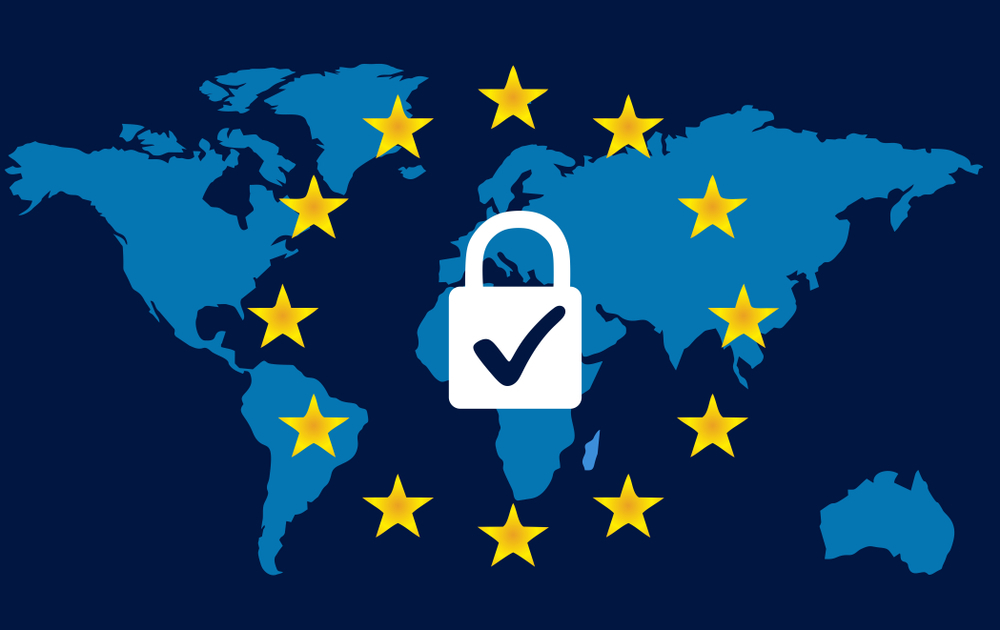 A swirl of new acts and strategies has been announced in the last couple of weeks by the European Commission, including the European Democracy Action Plan, the Digital Markets Act, and the EU’s Cybersecurity Strategy. If we ask the right questions about foreign interference, these are all part of the answer

The “European Democracy Action Plan ” recently released by the European Commission shows how the preoccupation with foreign interference in democratic processes that followed Donald Trump’s election in 2016 and the Brexit referendum in the same year has slowly matured, leading to a more sober assessment of the problem as well as more comprehensive policy responses. Earlier this year, the establishment by the European Parliament of a special committee on Foreign Interference in all Democratic Processes in the European Union, including Disinformation (INGE) with an extensive, well-structured mandate, similarly demonstrated how all institutions at the EU level are moving forward from coarser and stereotyped understandings of the problem at hand.

Indeed, an early media obsession with Russia and “Russian bots” in particular exemplified how just a few years ago both media and policymakers could not quite come to terms with the newly-shaped structural vulnerabilities that had become increasingly apparent in Western democracies. “Russian bots” were something that the vast majority of policymakers and the wider public had no proper understanding of, they stemmed from external and hostile actors, and their impact could not be adequately measured. Hence, they could speculatively be blamed for all sorts of ills.

With time, it became easier to disentangle different sets of preoccupations. The increasingly tense relationship between Russia and the West, Russia’s interference in electoral processes, the Kremlin’s cosy relationship with Europe’s far right, its brazen cyberattacks, and even its soft power were all legitimate cause for concern, but more for the structural vulnerabilities they exposed than for their actual direct impact. A more thorough analysis of the problem created the space for a wider set of questions.

What questions should be asked

When the European Union first engaged with disinformation at policy level, it did so by focusing on a specific external actor, i.e. the Russian Federation. As new tensions after protests and war in Ukraine became apparent also in the information space of the EU and in that of its eastern neighbours, the East StratCom Task Force and its flagship initiative EUvsDisinfo were created in 2015, in order “to address Russia’s ongoing disinformation campaigns”. The United States, shocked at the idea of foreign interference in their presidential election, set up an “investigation into Russian interference in the 2016 Presidential election” led by Robert Mueller. In the United Kingdom, the Intelligence and Security Committee of Parliament produced a Russia report to investigate on Kremlin interference with an eye on the Brexit referendum.

These are very different initiatives in scope and format. Tasked with finding and exposing disinformation from Russia, EUvsDisinfo routinely finds relevant examples. The Mueller Report found abundant evidence of Russian interference. The UK report stressed that the UK intelligence community did not even try to assess the risk of interference, yet it pointed at a range of features that would make the UK vulnerable to such attempts, including the “open arms” approach to Russian oligarchs by the white collar elites of the city of London.

To summarise, to questions such as “did Russia try to interfere” or “is there disinformation stemming from Russia”, the answer is always different shades of yes. It is definitely important to assess the risks coming from a specific external actor as well as to denounce and react to blatant attempts at interfering in democratic processes. Yet, excessive focus on the external dimension and on a specific external actor may distract from a more comprehensive debate on vulnerabilities to Western democracies as well as on the ways in which the current political system seems to be unable to respond to societal demands.

Fortunately, along with reports on Russian interference, other initiatives have taken a broader approach. The Kofi Annan Foundation set up a Commission on Elections and Democracy in the Digital Age; their final report , reviewing “the opportunities and challenges for electoral integrity created by technological innovations”, offers an excellent analysis of the field and includes actionable policy-responses that consider the diversity of democratic processes across the world, well beyond Western Europe and North America. Foreign interference is correctly identified as one among a larger set of issues that contemporary democracies have to face, including challenges posed by social media, hate speech, disinformation, and political advertising.

Chatham House’s Commission on Democracy and Technology took another step back, and instead took as a starting point the widespread idea that liberal democracy is in crisis. The question then becomes how to revive democracy. Its final report includes a lot of useful considerations and helps to put in context broader trends that created an environment in which disinformation and foreign interference could become a significant disturbance to democractic processes in Western Europe.

With our own project ESVEI, we decided to focus on the vulnerabilities that made reports of external interference plausible: disinformation enabled by social media, the opacity of tech platforms, issues with transparency of funding of political organisations and lobbying, and cybersecurity. We found that there is significant agreement among experts on the most basic steps that could mitigate some of these vulnerabilities, and there is no reason to delay their implementation. This is why, for example, we joined other civil society organisations in Italy to demand an upgraded regulation on lobbying.

It remains, however, almost incredible that as we enter 2021 the regulation on political advertising has not been updated to the digital age in Italy and other countries. Whatever limited and insufficient transparency we have comes from lukewarm attempts by tech platforms of avoiding meaningful regulations. Platforms still get to decide what is “political” and what isn’t: for example, environmental issues promoted by an NGO are considered such, but ads promoting unsustainable habits or paid by fossil fuel, climate-shattering companies are not. Even when platforms do make some data available, these are inadequate for proper analysis of either sponsored or so called organic contents - “organic” being the misleading adjective used to refer to contents prioritised according to algorithms determined and changed at whim by the platforms themselves. None of this is acceptable either in market or democratic terms.

As hopefully more comprehensive solutions take shape on both sides of the Atlantic, mandatory and thorough transparency requirements should be introduced across the EU without delay. Reference in the EU’s democracy action plan to a new proposal forthcoming in 2021 to be implemented by 2024 hints at attention towards this issue, but the deadline is far away and again, the focus is only on “political advertising”. The distinction between “political” and “non political” is irresolvable and should be abandoned; the implicit illusion that “organic” content prioritisation can even exist, let alone that it does not deserve just as much transparency, should similarly be questioned.

More broadly, the dominance and impact of a few profit-maximising companies based in the outskirts of San Francisco on the information environment and the daily lives of European residents is quite simply incompatible with a vision of a pluralistic digital future that we believe is necessary for thriving democracies in the 21st century. This is a long journey, with many pitfalls, but we believe it should start with increasing attention to interoperability, transparency, and control over data. Not only activists , but finally also trade regulators in the U.S. and in Europe seem to be finally willing to take a more aggressive stance towards such goals (as pointed out by the EFF , “there is a lot to like”, even if there is “room for improvement”, in the latest EU Digital Markets Act).

The European Union has been increasing its efforts in addressing other vulnerabilities, e.g. with its newly released cybersecurity strategy . A European-wide approach to tackling cybersecurity issues and protecting critical infrastructure is important, yet there are other components of democratic societies that are not explicitly considered in the strategy. The cybersecurity of political parties and organisations, as well as of investigative journalists, is a matter of public concern: non-invasive initiatives to increase the cybersecurity of such crucial actors in democracies should be part of a broader strategy (and indeed, even if not included in the cybersecurity strategy, online security of journalists is part of the European democracy action plan ).

Disinformation remains a complex affair, with no easy fix, let alone a technological one. As emerged in a recent event we have co-organised, disinformation can also be spread by mainstream media and political leaders; it can be politically motivated, can be promoted by outside actors, or can be produced as a business, mainly to profit from advertising revenue. Contrasting specific sources of disinformation may be part of the strategy, but pro-active and systemic measures must also be taken in consideration: media and data literacy initiatives such as those promoted in Finland contribute to mitigate this problem; new ways for supporting quality journalism without threatening editorial independence should be found (see, for example, this declaration by the Council of Europe listing different approaches for ensuring the financial sustainability of quality journalism in the digital age). On the other hand, many initiatives and policy proposals to counter actual influence operations have been put forward by different centres and individual researchers.

All of the issues outlined in the previous paragraphs may well seem to include an excessively wide-ranging set of demands for initiatives such as ours stemming from a preoccupation with foreign interference. And yet, it is such a comprehensive approach that it has eventually matured also at the EU level, including with the European Democracy Action Plan itself. For example, its attention towards deliberative processes and for enriching democratic processes is commendable: the ultimate end goal is to have thriving democracies and open societies, not only to protect what we currently have from the most explicit threats in a context that is continuously degrading, making those very threats ever more real.

When we started ESVEI a couple of years ago, we were worried not only about foreign interference, but also about the risk that an excessive focus on a specific external actor and a specific tactic (social-media driven influence operations) risked being a distraction from other, more fundamental conversations about our own democracies. We still believe that casting doubt on the legitimacy of electoral outcomes based on accusations of foreign interference is a risky affair, and that insisting that the threat to our democracies comes mainly from without, rather than from within, makes it more difficult to elaborate adequate political responses.

Looking at the European democracy action plan gives us a degree of hope as it does not only focus on resilience or mitigation of vulnerabilities, but actively outlines measures to promote democratic engagement and active participation beyond elections, including by promoting deliberative democracy and an increased role for civil society organisation. It also refers to increased engagement on media pluralism. A more vibrant public sphere, a more inclusive democratic process, and a political system able to respond to societal needs and aspirations as well as to interpret them coherently are the best antidote to foreign interference.