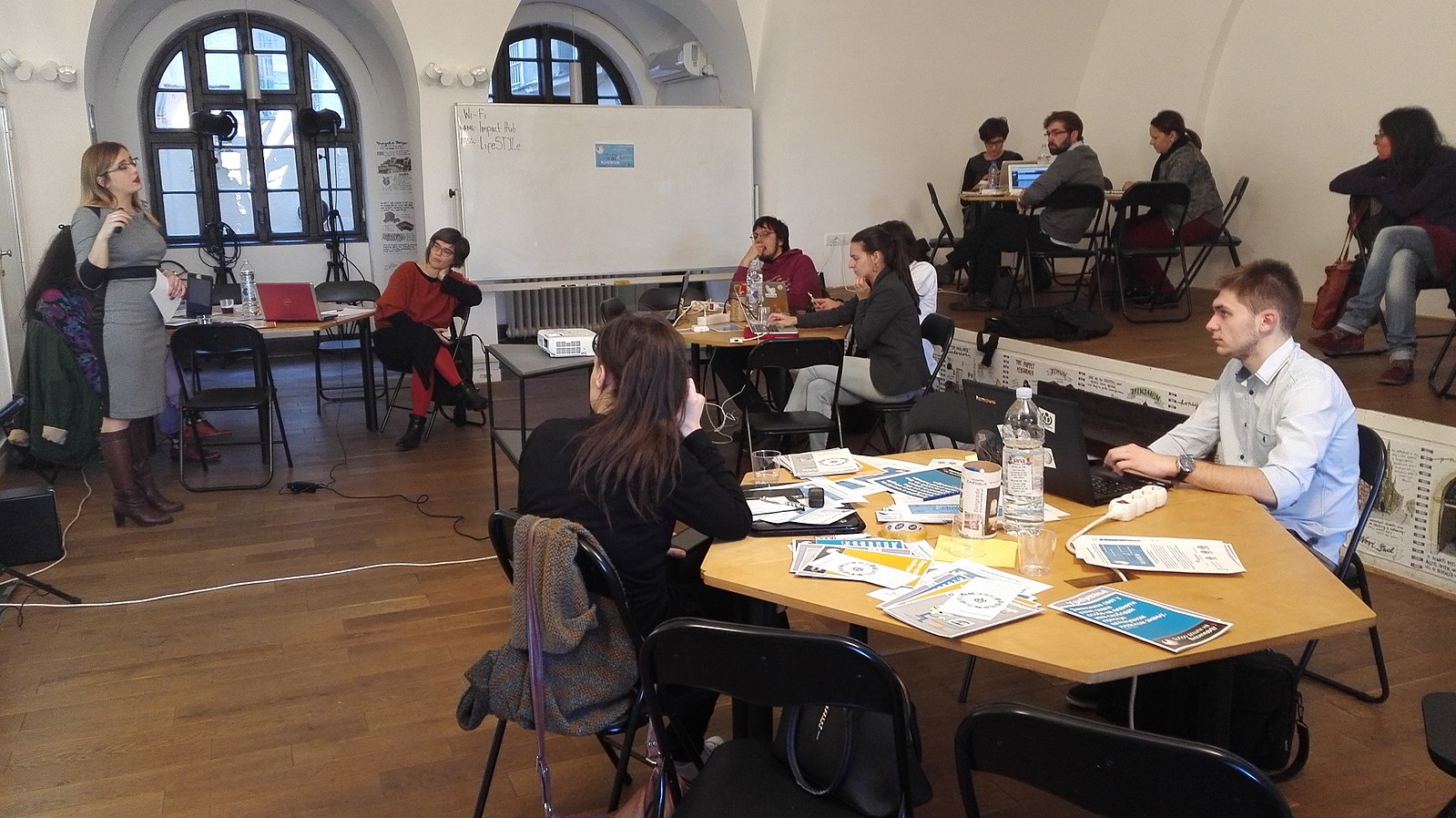 The second edition of the Wiki4MediaFreedom edit-a-thon will take place in Sofia on November 27th. It will boost the availability of accurate knowledge on media freedom and pluralism in the largest open encyclopedia worldwide

After the success of the first edition  held in Belgrade in November 2016, OBC Transeuropa is running the second Wiki4MediaFreedom edit-a-thon in Sofia: a collaborative writing marathon in which wikipedians, journalists, media freedom activists, media experts, and anyone else interested work together to improve Wikipedia content on media freedom and transparency-related issues.

The edit-a-thon aims at fostering new alliances between journalists, media freedom activists, and the Wikipedia and open knowledge communities in order to boost the availability of accurate knowledge on media freedom and pluralism in the largest open encyclopedia worldwide. The event is part of Wiki4MediaFreedom, an initiative developed within the framework of the European Centre for Press and Media Freedom , that has been contributing to create dozens of quality articles in Wikipedia since 2015 - a kind of “encyclopedia on media freedom”, which offers a complete overview of the media systems in Central and Eastern Europe, the Balkans, and the Eastern Partnership countries. Were they to become a book, it would be a volume of over 400 pages, and the work is not complete yet.

It is no coincidence that this year’s edit-a-thon will take place in the Bulgarian capital: “The challenges to media freedom are a major issue in the countries in SEE Europe, even in some of the European member states among them, such as Bulgaria. We believe that providing transparent, objective and high quality information about the media environment in the region is a must for raising awareness of the existing problems and finding solutions for them”, says Maria Cheresheva, vice president of the Association of European Journalists Bulgaria that is partner in the event.

AEJ-Bulgaria is excited that the Wiki4Mediafreedom edit-a-thon will take place in Bulgaria, a country where press freedom has been continuously deteriorating over the past decade. This will provide an opportunity for local journalists and media activists to get together to produce essential information about the key media issues in the country and the region, to improve their own skills and knowledge and to boost their engagement at the same time.

The novelty of this year’s edition is the Wikidata track, a workshop devoted to the use of Wikidata, an open and collaboratively edited knowledge database - where one can find data for investigative journalism and accountability projects, with a focus on political data. The Wikidata track stems from the project EveryPolitician , which aims at collecting and sharing data on national-level legislators in the world in a consistent, open, and structured format. EveryPolitician is a project of the British NGO mySociety , which strives to contribute to Democratic Commons and to rebalance power between politicians and citizens. “There are a large number of groups and individuals around the world who need political data for democratic and accountability initiatives, and much political research is hampered by substantial difficulties in getting access to accurate, complete, consistently formatted data in a timely manner”, the website of the project says. As Gemma Moulder of mySociety told OBCT, the data collected in Wikidata can be used more easily for projects, research, and investigations that hold politicians to account. Good political data are vital, as it is shown by the examples of parliament-tracking websites (like this one in Ukraine ) and cross-border journalistic investigations, like the Panama Papers ' one.

The event will take place during the Legislative Openness Week , an annual celebration of open, participatory legislative processes organised by the Open Government Partnership.

Registration for the event is compulsory, please register here .

For further information on the event, please e-mail vignola@balcanicaucaso.org

Assisted by experienced wikipedians and Wikidata experts, during the edit-a-thon participants will work to improve or translate from English into Bulgarian or other languages articles like Media in Bulgaria , Access to public information and Transparency of media ownership in Bulgaria , or to create new entries on independent media outlets or else to improve Europe-wide articles, such as Access to public information in Europe . Also, with the help of two Wikidata experts, participants will learn how to use Wikidata for journalistic projects and search for data on Bulgarian politicians.

The edit-a-thon will take place at Red House, Centre for Culture and Debate (15 Ljuben Karavelov Str. Sofia 1142), from 9am to 5pm, on Monday November 27th. The event is organised by OBC Transeuropa, in cooperation with the Association of European Journalists Bulgaria, mySociety and the Wikimedians of Bulgaria User Group , and with the financial contribution of the Wikimedia Foundation .

Registration for the event is compulsory, please register here .

For further information on the event, please e-mail vignola@balcanicaucaso.org