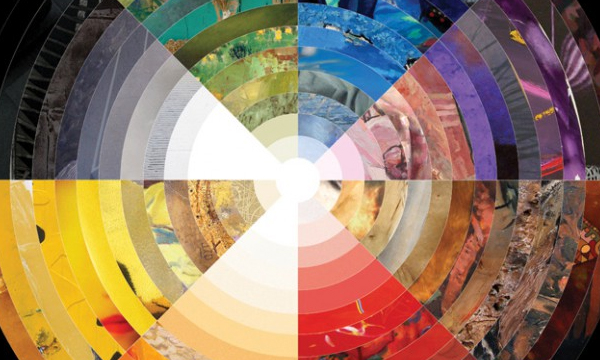 Retrospectrum, permanent exhibition at the National Gallery of BiH

Bosnia and Herzegovina's major cultural institutions, including the National Museum, the Art Gallery and the National Film Archive, are in a state of neglect. The State does not support them, because doing so would imply acknowledging the existence of a common cultural and historical heritage. Some, in the capital's artistic milieu, have suggested privatization

A debate has been going on for months in Bosnia and Herzegovina on the alarming situation of cultural heritage institutions of the Yugoslav period, orphan of policy and administrative support. In a country where every cultural expression is attached a strong national belonging, it seems impossible to assign a status to these institutions, because of their history and heritage that stand above the national boundary lines.

There are seven of these institutions, acrobatically termed "cultural institutions of State interest" – a formula that sidesteps the more problematic phrase "national interest". Of which nation? The question could be reformulated in these terms: who should fund them? Which national culture do they represent?

This crisis is obviously not solely dictated by the country's financial constraints. In fact, while the seven institutions are left to themselves, there are substantial contributions to festivals that can ensure high visibility for lower financial commitment. Such contradictions stem complains of an excessive "festivalisation" of culture, i.e. a monopoly of festivals in terms of budget and visibility at the expense of institutions custodians of shared cultural heritage.

This has gradually become a debate between those who invoke protection and public funding for the seven institutions and those who blame their directors' alleged inertia and poor management skills. These issues are common to many European countries, torn between the protection of public property and the challenges of economic sustainability. In Bosnia and Herzegovina, however, there are further difficulties related to the recognition of a shared cultural heritage.

National and University Library of Bosnia and Herzegovina http://www.nub.ba/

Museum of the History of BiH http://www.muzej.ba/

Museum of Literature and Theatre

The definition of the status of these seven institutions has been stalling for 17 years, for political reasons. The obvious solution would be to assign them to the State level, but not all of the political parties involved are willing to take charge of cultural institutions that are not clearly connoted in a national sense. In fact, such a decision would acknowledge the existence of a shared cultural and historical heritage, an unacceptable idea especially for the SNSD, the party of the Minister of Civil Affairs Sredoje Nović (1) and Milorad Dodik, who do not wish to bear the costs of “Sarajevo” institutions or endorse the capital's monopoly of culture.

The seven institutions, all located in the capital, are legacy of the Yugoslav period, when they were responsibility of the Republic of Bosnia and Herzegovina. Following the dissolution of Yugoslavia, their status has never been defined. The Dayton Agreement does not contain information about this, so that today the constitutional vacuum leaves room for conflicting interpretations. There are those who insist that the situation should be resolved finally giving these institutions to the State's level of competence and those who, on the contrary, argue that since nothing is said in the Constitution of the country, the administration falls to a lower level and should not fall on the common budget.

According to the first hypothesis, the seven cultural institutions should be able to rely on the public budget allocated from the State level. An ad hoc budget, however, never has existed. At the same time, local governments (Federal, Cantonal and Municipal) lack the expertise or resources to operate these institutions. Over the years, repeated extraordinary allocations of funds from the local authorities have tried to plug the holes in the budget of the seven institutions, effectively prolonging their agony. In this climate of uncertainty, the seven institutions survive in a state of perpetual emergency, with no opportunity for long-term planning, and minimising their activities.

This emergency politics was confirmed on several occasions by government leaders. Among other things, it is worth recalling the meeting organised by the Heinrich Böll Foundation and Open Centre Sarajevo in March 2012, called "What cultural institutions do we need?". During the debate, the Deputy Minister for Civil Affairs Denisa Sarajlić Maglić (SDP) declared it a priority to cope with the maintenance of the facilities rather than defining their status. In other words, matters uncomfortable for the party of the Minister Sredoje Nović (SNSD) have been postponed until further notice.

A managerial approach to culture

Since autumn 2011, the seven institutions have denounced their state of "ongoing emergency". These alarms have raised critical responses: Haris Pašović, director and founder of the East West Centre and creator of the performance with the red chairs for the twentieth anniversary of the siege of Sarajevo, attacked the seven institutions denouncing their inaction and inability to use alternative methods of financing. The solutions proposed by the "festivalist current" represented by Pašović (but also by the directors of the Sarajevo Film Festival and the MESS Festival, Mirsad Purivatra and Dino Mustafić ) include the adoption of a managerial approach and the recourse to sponsors and European funds.

Cultureshutdown.net is a civil society website that gathers information and actions on the state of cultural institutions in BiH

Pašović argues that the primary responsibility for the state of the seven institutions falls on their directors: "It's clear that the State fails to fulfil many of its responsibilities, including in the cultural sector, but if directors of cultural institutions do not have the managerial skills to cope with this fact, they should be the first to resign". What Pašović recommends is to create a group of selected regional and international experts to formulate a plan for the rehabilitation of the seven institutions. According to the director of the East West Centre, the possibility of opening to private companies or corporations, an option that would ensure the restoration of these institutions through a markedly entrepreneurial approach, should also be considered.

Adnan Busuladžić, Director of the National Museum, insists on the complexity of the seven institutions and claims their proper functioning is not possible without ongoing public funding. "The National Museum is one of the oldest in Europe. Its value is not a property of BiH, but has a meaning for the whole Europe and as such should be preserved. The National Museum incorporates five different structures: three departments museums (archaeological, ethnographic, and natural), a botanical garden, and a library. Of the 129 employees who worked there in 1992, the Museum now employs about half. Unlike the SFF, a structure such as this cannot base its activities on sponsors. The National Museum is not a one-week summer event".

The museum's operating costs amount to about 670,000 KM per year, but the contributions received from the State and the Sarajevo Canton only cover a quarter of these needs. For the rest, the museum has to rely on intermittent donations. On the other hand, European funding cannot be considered a substitute for public support: projects and European funds are not intended to cover fixed costs.

If many have admitted the directors' lack of managerial competence, the charges of excessive dependence budget by the major festival directors are easily unveiled in their hypocrisy. The SFF, MESS, and East West Centre are regularly funded by the FBiH Ministry of Culture. In 2011, as reported by Maja Radević of Slobodna Bosna, these three events received around 500,000 km in direct funds, plus 320,000 for the SFF from the Fund for Cinema, supported in turn by the Ministry of FBiH. These figures are to be added to the funds allocated by the FBiH to cultural and artistic projects in 2012. Festivals are also regularly co-financed by the cantonal (Kanton Sarajevo) and municipal levels. The fact remains that the overall balance of the Sarajevo Film Festival, approximately 2.5 million Euros, is supported by public funds for the 30 percent, while the remaining 70 per cent comes from sponsors, donations, and the festival's revenues – an unthinkable goal for museums.

According to Robert Donia (2), such policy of inaction is part of an attack to the country's shared memory and can be interpreted as a continuation of the more showy attacks committed during the war. If the symbol of the siege of Sarajevo, and of the dissolution of Yugoslav unity, remains the Moorish building of the Library in flames, memory institutions in Sarajevo and throughout BiH have since been subject to an attack that is less obvious, but no less dangerous. Since the mid-nineties, cultural institutions have become an instrument of national identification in each of the former Yugoslav republics. Not so in BiH, because of the potential problems in recognising and establishing a national identity to act as a glue for the entire country.

In the absence of a clear allocation of the public budget, memory institutions are at the mercy of decisions more or less contingent, but always within nationalist agendas that have caused their slow suffocation. The political inaction in this area has over the years caused the deterioration of the seven institutions, of the history, and therefore the identity of the country, revealing an effort to deny the existence of a shared culture and history that constitute an element of legitimacy of the country itself.

As early as 2002, a report on cultural policies by the Council of Europe suggested the need to clarify the status of the seven institutions. Among the proposed solutions, the possibility was advanced that the list of "institutions of State interest" could be expanded to include entities located outside the capital. The other proposal was to assign an independent status to the institutions in question, in order to make them more autonomous and therefore more flexible in fund-raising.

One of the hypothesis put forward in recent months is to proceed in a different way, recognising as "State institutions" only the National Museum and the National Gallery, once part of the former, as only these two museums would include collections and exhibits significant for the entire country. Botanical gardens and paintings pose fewer problems than a Museum of History that used to be the Museum of the Revolution, so political and historical events could remain out of the cultural spectrum under State jurisdiction. If this resolution should pass, the other institutions would be assigned to the competence of one part of the country, a step towards the recognition that the two entities, Republika Srpska and the Federation, have little or nothing in common in terms of culture and history.

1 In the central government of Bosnia and Herzegovina there is no Ministry of Culture. Cultural policy is therefore the task of the Ministry of Civil Affairs, which also covers social affairs, citizenship, and de-mining

2 Robert Donia is a researcher at the University of Michigan and author of several studies on Bosnian cultural heritage, including the book "Sarajevo. A biography" (http://www.press.umich.edu/titleDetailDesc.do?id=189593). The article "Archives and Cultural Memory under fire: destruction and the post-war nationalist transformation” (2004) is available at this link: http://www.arhivsa.ba/ica2004/robert.htm