Time for summer clean-up after Eurovision in Azerbaijan 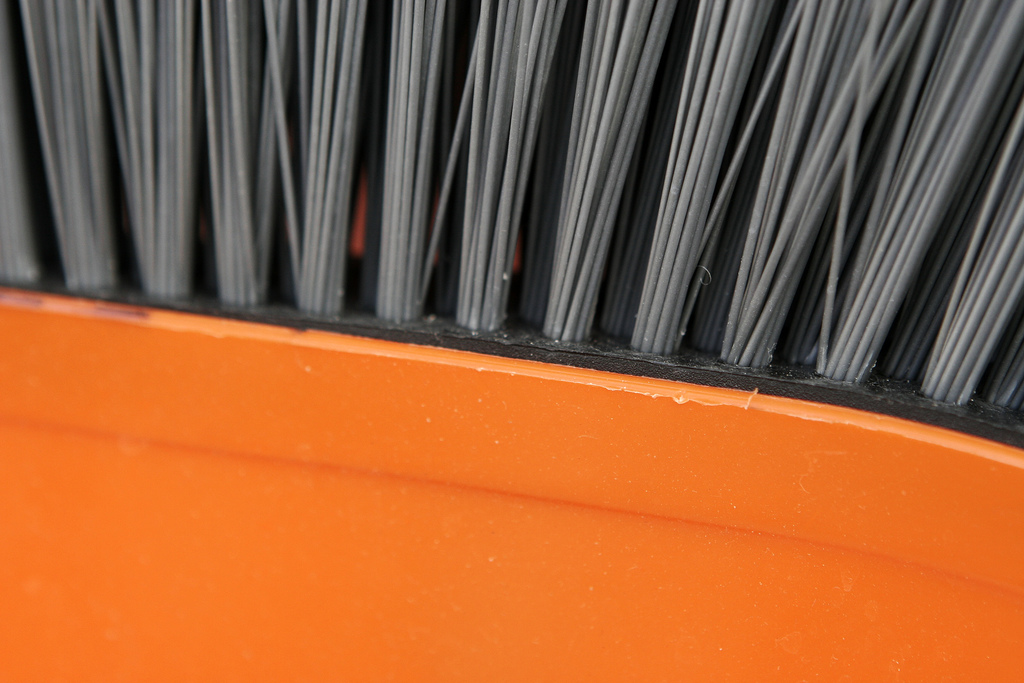 As soon as the Eurovision song contest ended, Azerbaijan was once again out of the world media spotlight. Baku's authorities did not lose any time getting back to cracking down on international human rights organizations and local activists

Sweden might be in a state of “euphoria ” after Loreen’s victory in this year’s Eurovision song contest, but the same could hardly be said of many in the festival's 2012 host country of Azerbaijan. It is not because Azerbaijan did not do a good job preparing for the show. To the contrary, it spent around $64 million USD (unofficial numbers indicate an amount four and a half times higher), built a completely new concert hall, renovated and cleaned central streets, prepared myriad ad campaigns showcasing the country’s rich wealth, and much more. No, everything was glossy, glitzy, and shining. But this was only an extravagant façade meant to hide everything underneath: the country's poor human rights record, arrests, detentions, inhuman treatment, limited press freedom, and falsified charges against activists. These existed long before Eurovision knocked on Azerbaijan’s door. Two months after Eurovision, nothing has changed in this country of some 9 million people. In fact, more clampdowns and harsh statements from the country’s top government officials have followed.

Shortly after the Eurovision saga ended and external pressure faded, Azerbaijani authorities rolled up their sleeves. It was time for summer cleaning, starting with all those naughty activists, human rights defenders, and opposition members whose rallies, slogans, statements, and complaints, in the eyes of authorities, littered and polluted the country during the Eurovision contest. All across the country, “measures” were taken to clean up the mess, and it all started with a statement from the country’s presidential spokesperson, Ali Hasanov. The spokesperson fiercely criticized democracy and human rights advocates, local and international human rights organizations, independent journalists and [real] opposition party members for their “inappropriate and shameful” behavior. “In which part of the world are opposition parties as free as they are in Azerbaijan? […] Civil society organizations should mobilize in resistance against such groups [journalists, human rights defenders, Human Rights House, Amnesty International]. You civil organizations have to stand against all of these groups. These opposition activists, journalists, and media outlets shouldn’t be brave enough to go into the city. They should feel ashamed. Public hatred should be demonstrated against them […]” said Hasanov during a meeting dedicated to the role of NGOs in the development of civil society in Baku just days after the extravagant Eurovision contest. Ironically, Hasanov’s call for “public hatred” comes despite Azerbaijani government’s earlier pledge to refrain from any crackdowns on activists.

According to human rights organization Article 19 , arrests, detentions and inhuman treatment of human rights defenders, independent journalists and opposition figures increased following the Eurovision song contest. One of the most recent cases was the arrest of editor-in-chief of the Talishi Sado (“Voice of Talysh”) newspaper, Hilal Mamedov. Initial charges were based on heroin possession, however, now Mamedov is charged with treason and incitement of ethnic, religious, and racial hatred. The reason for the change in charges remains unknown.

Mamedov, widely known as a staunch human rights defender, is also an author of a popular YouTube music video entitled “Who are you? Come on, goodbye!” which was widely shared and circulated in neighboring Russia (as of today, the video has received about 10 million views). The video shows a rural wedding where a few male guests exchange barbs and verses to a repeating beat, traditionally referred to in Azerbaijan as meykhana, in three languages: Azerbaijani, Russian, and Talysh. In fact, the key phrase - “who are you? Come on, goodbye”- became so popular that some protesters in Russia, during recent rallies held in the capital, changed the phrase to: “Putin, who are you? Come on, goodbye!” (the related hashtag soon became a Twitter trending topic in Russia). Other fans of the video printed out shirts with the phrase printed on them. Recently, the phrase was even used during the European Football Championship. A popular tweet was “Italy, come on, goodbye!” In one of the statements, it is also said that Mamedov claimed his video gained more popularity in a short time than the Azerbaijani government did when it spent millions during Eurovision, and still didn’t manage to attract as much attention.

In a letter sent from a prison facility, Mamedov describes why he thinks authorities arrested him. After the video gained so much popularity in Russia writes Mamedov, Russia’s NTV channel wanted to prepare a story on Astara, the region where the video was made. During their stay in Astara, Mamedov, introduced the Russian journalists to Talysh culture. Shortly after that, Mamedov returned to Baku, and this is when he was arrested and accused of drug possession. Similar to the “donkey bloggers”, Mamedov was also attacked, except this time by six or seven robust men while on his way home. After being severely beaten, he was put into a car. “I thought they wanted to kill me,” he writes in his letter. “They accused me of separatism and of spreading opposition propaganda on Facebook and other social networks.”

Just one week earlier, a young photojournalist was targeted and called in for questioning at a Baku police station. Mehman Huseynov - a photo reporter with the Institute for Reporter’s Freedom and Safety and media coordinator for the Sing for Democracy public advocacy campaign launched in the run-up to the Eurovision song contest - was charged with hooliganism (disturbing public order and disobeying police during an unsanctioned rally on 21 May in the capital) after three hours of interrogation for what activists and other human rights defenders believe to be trumped up charges. He was released shortly thereafter, however charges remain and are pending investigation. If found guilty, Huseynov faces up to five years in prison.

Other young activists (including their parents) and members of the Sing for Democracy campaign, including Natiq Adilov, a journalist and press spokesman for one of the Azerbaijani opposition parties, Popular Front, have been called into questioning and warned about their activities. Like many others, Adilov, too, was accused of “calling for mass demonstrations” during the May protests. The majority of those called into questioning were released, but advised to quit their activities targeting the government.

Given these circumstances, it should come as no surprise that on 26 June, the Committee of Legal Affairs and Human Rights of the Council of Europe adopted a resolution on political prisoners in Azerbaijan.

The kind of public order

Government officials see these summons to police stations as part of maintaining public order, as “prophylactic measures against illegal activities”. Activists disagree. They see such cases as part of a new crackdown pattern in the aftermath of the Eurovision song contest. Some, however, don’t see much of a change. One resident and blogger, while commenting on a post about Eurovision Azerbaijan, wrote, “Nothing has changed, same old, same old”. In a similar statement, another resident and youth activist says it is hard to say how much the arrests of Mehman Huseynov and Hilal Mamedov are part of a bigger, targeted clampdown.

In June, Azerbaijani lawmakers approved a new bill granting the ruling members of the Aliyev family “wide-ranging immunity from arrest and prosecution for any crime committed during his presidency or while acting in his capacity as president,” arguing such measures were necessary in the current political climate in Azerbaijan. Another alarming sign comes in the form of amendments to a law on commercial information. Based on the new changes, it is going to be close to impossible to obtain information on corporate activity of Azerbaijani companies. According to the new legislation, local companies could choose not to disclose information regarding their registration, budget, shareholders, and other information, which hinders development of a more transparent country, especially when Azerbaijan is already ranked 143rd out of 183 countries on Transparency International's latest Corruptions Perceptions Index. These cautious and protective measures come following several investigations by a well-known journalist Khadija Ismayilov which expose the less-than-transparent activities of the ruling family and its businesses at home and abroad.

Amidst trouble at home, the Azerbaijani government is keen to preserve the country’s image abroad. Thanks to lobbyists in Europe and elsewhere, there is a considerable effort to portray Azerbaijan differently. This, however, is no longer a simple task, and it remains to be seen how the leadership of this small, oil and gas-producing nation will manage to polish its image while neglecting pressing issues at home.