The secret languages of the Bazaars 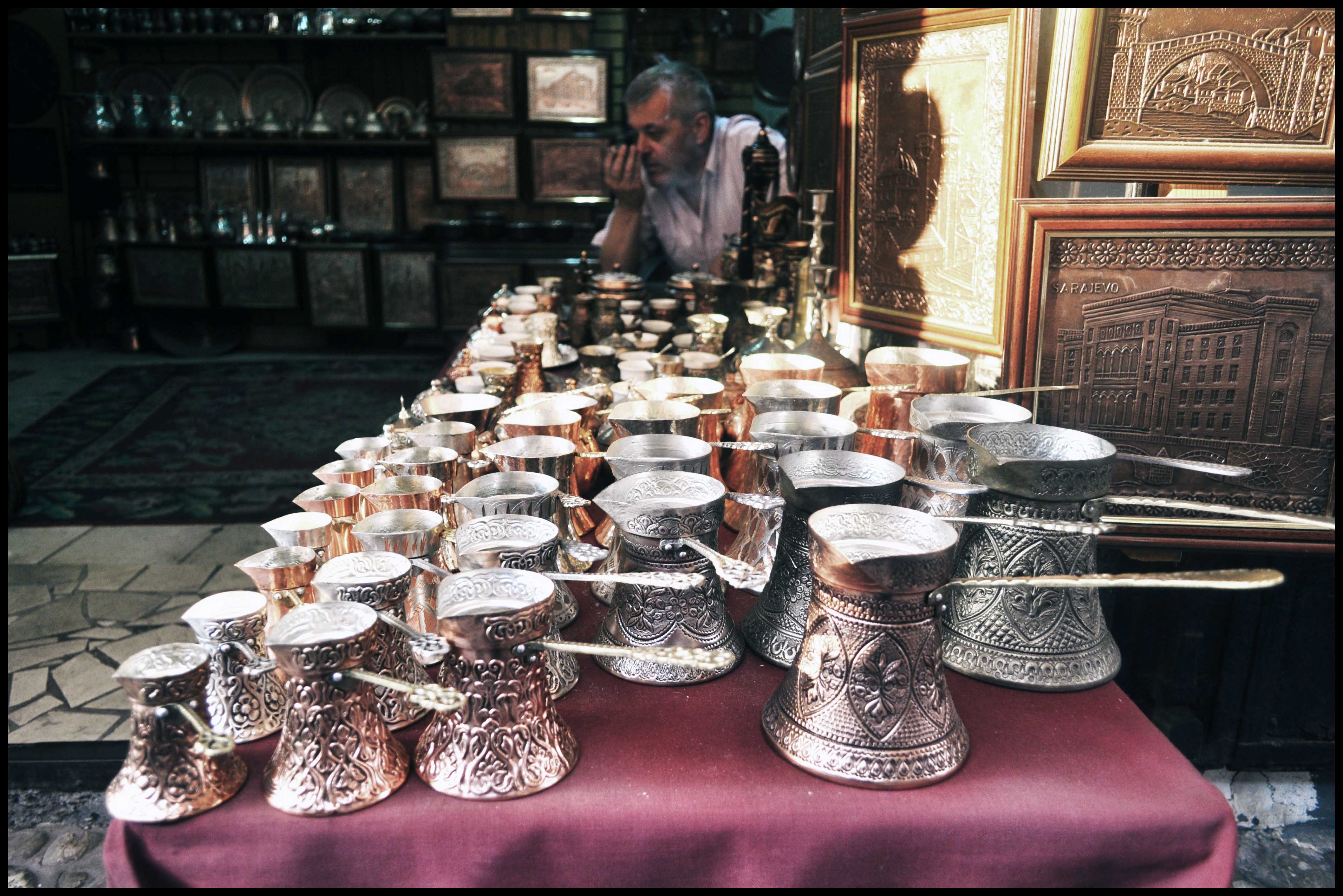 They were multilingual places where secret languages were spoken. What has remained in the Balkan Bazaars of these codes, invented in order to understand each other and yet not be understood by outsiders? Our analysis

When the čaršijas* were the pulsating heart of Balkan towns, many languages mingled and crossbred there. Similar languages belonging to the southern Slav family, but cousins of Greek, Albanian and Rumanian, part of the Balkan brotherhood formed over the centuries with population movement and the outside influence of German, Italian, Venetian and Hungarian. In the çarshijas everyone was multilingual with each person being able to speak to his neighbour in that person's own language.

Along with the natural languages, defying the principles of historic linguistics, invented languages survived and even developed over the centuries. These were actual codes which the people of the čaršijas used to communicate. Secret languages with precise grammar rules and vocabulary were conceived in such a way as to confuse any outsider who tried to guess the meaning.

The secret languages existed for many centuries, probably since the birth of the çarshijas, though when they began cannot be precisely dated though they have been found in many texts from 1500. Some words and expressions survived in urban jargon in several towns but few people have studied them and with the emptying of the čaršijas they have become extinct. Even so this phenomenon has fascinated numerous scholars, including illustrious and well-known ones from the 19th century such as Vuk Karadžić, Konstantin Jireček, Johann Georg von Hahn and Milenko Filipović.

So many secret languages

Scholars agree that the secret languages were created in the çarshijas by single categories of craftsmen with records of one used by blacksmiths, one by tailors and one by tobacconists and languages varying from town to town.

According to the theory of Milenko Filipović, supported by the Kosovan Kadri Halimi, the secret languages respected the grammar rules of the local majority language, for example Serbo-Croat in Sarajevo, inserting words which were invented also from a morphological point of view. “Often the words were metaphors which then took on another meaning” states Filipović in a document of 1930. For instance gledač meant window, derived from the verb gledati – to look; pevac – pope, from the verb pevati – to sing; ušačka – door, from the verb ući – to enter.

Another system was the so-called ters. This consisted in using the opposite of the root of the word. Somewhat similar was the šatrovački system in which the order of the syllables in a word was changed. An example of the latter can be found in the Albanian saying shatra-patra which probably derives from the Romani shatra, here indicating a Rom word inserted into other languages.

Using the same metaphorical procedure various terms were created, drawing on the vocabulary of minorities in the čaršijas. The choice was ample, from Italian to German, from Hungarian to Greek, the Turkish, Albanian and Vlach.

In Macedonian çarshijas and in some Bosnian ones a common term was pjove, taken from the Italian verb piovere. To describe someone who had drunk too much the verb porkati was used, from the term porco. Bread was called panja. From German came the term manuka, meaning woman, from the invented feminine of the noun Mann – man. In the same way, to say speak they said redati from the German reden. From Rumanian came terms like karnja (from carne – meat) and kalac (from kal -horse). Numerous terms also came from Turkish and Hungarian.

Scholars think that about 30%, of the vocabulary coming from other languages in the Serbo-Croat and Macedonian carshijas was derived from Albanian and its dialects. Many of these derived terms were recorded by Vuk Karadzic who knew Albanian well and was in constant contact with various personalities active on the Albanian cultural scene of the time. The word trimka, to say woman, is the invented feminine of trim – warrior; foljati – to speak, from the Albanian fol; djalac -boy, from the Albanian djal; plaka – wife, which in Albanian means elderly woman but also elderly wife. There are numerous metaphorical constructions like bukurija – church, from the Albanian bukuri – beauty; rusha – wine, from the Albanian rrush – grape; keva – to have, from a part of the irregular verb to have – ke, which also means mother.

With the transformation and disappearance of the çarshijas, the secret languages also became extinct or, at least, modified, taking on a humorous tone or the form of a secret code in the case of danger during conflicts. This phenomenon has been studied little and is often underrated by ethnologists and anthropologists.

It is quite amazing in the case of the Albanian čaršijas where, despite the traces still evident in Ethnological Institute at Tirana admit to having heard such secret languages on their ethnographic current urban slang, nothing has been set up to record the details. Older anthropologists at the expeditions in the last Albanian çarshija during Enver Hoxha's regime, but have disregarded the phenomenon, defining it as “the stuff of linguists”. On the other hand, since the linguists in Albania are the most strenuous protectors of the monoethnic “Illyric-Albanian” purity of the language (it being the only objective element which unifies the Albanian nation), they probably had no interest in underlining the multiethnic aspect of Albanian society before the arrival of National-Communism.

No-one speaks the secret langages any more, not even in the best preserved carshijas in the Balkans. But the memory remains and often practices like the šatrovački are used in a joking manner. Many words from the secret languages have passed into urban slang, like keva – mother, klopa – food, lova – money. Likewise in the 90s in Belgrade it became popular among young people to use a language called utrovački, obtained by substituting the first syllable of a word with u, adding a complement with a preposition and an invented word consisting of the remaining syllables and the suffix nje – for example: duvaj – uvaj za dunje, or uvajdunje. This shows that in spite of the death of the čaršija or loss of its original nature even the youngest generations are still influenced by the culture of the Square and that type of communication not typical of contemporary cities, making the çarshija a place (or “non place”) of reference in the urban culture of historic Balkan towns.