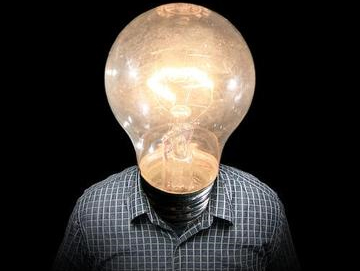 Two of the most important sectors in the Balkans - economic growth and development cooperation – are becoming increasingly intertwined. For the first time, Macedonia is developing the 'business incubator' model of fostering young enterprises. Not-for-profit actors are implementing the strategy. An interview.

A great deal of the international cooperation effort in the Balkans has gone into support of the private sector. In this regard, the region has been part of a global trend of support to entrepreneurship and company creation as understandably one of the few ways to create really new and sustainable jobs. The UN declared 2005 the International Year of micro-credit. The inventor of micro-credit, Muhammad Yunus, won the Nobel Prize in 2006. The EU has been investing a lot of effort into promoting entrepreneurship in the region and many of its policy documents on developing entrepreneurship make reference to business incubators as relevant instruments for job creation. Osservatorio talked with Ljupco Despotovski, the director of the first business incubator in Skopje run by the Youth Entrepreneurial Service (YES) Foundation.

What can business incubators do for economic development in a country?

While they alone can only make a limited contribution, in the sense that the engagement of a broader range of stakeholders in society is needed, business incubators (BIs) can help invigorate entrepreneurial spirit in a community. Also in this sense, one or several incubators can only do so much, but several tens of incubators in a country can do a lot more. For example, if you had 30 BIs in Macedonia, each supporting ten new businesses, that would be 300 businesses. Instead of having buildings (common in government ownership: writer’s note) which are unused or falling apart and have no social or economic role, they can be turned into BIs and become real engines for economic growth. When this is combined with subsidized rent for new businesses, some small start-up incentives, etc., and done on a large scale, the effect would be more than evident.

What do you see as the essential role of a business incubator?

It naturally supports the growth of new businesses, but we also invest work into changing the mindset...into changing attitudes...toward entrepreneurship. Interest in starting a business is quite low among young people. This is true for the region, but especially for Macedonia. There is relevant data in this regard. We try to demonstrate that not everything is bleak, that success is possible, and that you do not have to migrate in order to make a decent living. In this sense, what we say to young people is, instead of waiting for help or thinking about how to migrate, come to us. You will pay very low rent, get all sorts of subsidies, financial aid, expert help, and you can make something of yourselves.

Do you think that the cultural attitude is the key issue as opposed to economic disadvantage, lack of resources?

If you ask me, the attitude is a big part of it. Young people want to make money, but for many of them, wealth is something that should come instantly and without much effort. In this sense, the issue is also cultural. It is about work ethics, but also about self-reliance, and individual autonomy.

We could speculate that for example, the attitude is there, but there are simply no resources to get started?

The lack of resources is a given. It does not need special elaboration. But it has become kind of easy to say “we are in transition...” We also have the historic legacy of socialism where private initiative was systematically stifled. This has produced a culture of fear from individual enterprise, a culture of lack of self-reliance if you want...and it has made people kind of relaxed when working with money that is not theirs. For example, I just read that the public communal enterprises [controlled by the municipalities: writer’s note] in the country have recently asked that their huge debt in back-taxes be forgiven by the central government. Why should the private sector not be entitled to such generosity? Bad management is still rewarded around here. I am sure that a manager of a public enterprise in the EU would not be rewarded for his or her poor management. This may be only conditionally true; we have seen huge bailouts in the West...now with the financial crisis...but it is still true to some extent. Perhaps the government should also contribute to this cultural change. For example, there is a campaign about the importance of education; there should also be one about what you do when you get out of school.

Are all incubators similar to one another? Do they all function in the same way?

Far from it. Some things are standard such as the flow of people, ideas, and the selection of new potential businesses, some of which join the incubator as beneficiaries; we call them tenants, but many other things are completely different. Most of the incubators we have in the Balkans, which were created in recent years, are non-profits, but elsewhere there are incubators which function as businesses. We have also been mulling over this idea with some partners of ours. The rules are different. It is more difficult for a young company to join them, and the cost of the service they offer gets transformed into a stake in the tenant companies. Still, the non-profit model is dominant, which is understandable given the social, developmental role (of BIs.)

What is it that the BI can offer which young companies cannot get elsewhere? How does it actually help?

This may sound conventional, but the BI offers a good business environment. It is an important dimension. It is one thing if you are alone - you have your office, for example, in some building in some residential neighborhood - but it is different if you are surrounded by 20 other companies; colleagues who also become friends, associates. You meet people who are similar to you, have similar goals, like challenges. You create important contacts. This of course is in addition to the infrastructure, good offices, cheap rent, available technical solutions...just now, we have a project which offers wage subsidies for new hiring....

Your BI is primarily interested in supporting the IT sector. Are all incubators sector oriented?

Yes, we work mostly with new IT companies. It is the sector with strongest growth in the last five years in the country; the growth rate was 17 percent last year in Macedonia, which is extremely high. So it is natural that you work here. You have sunrise and sunset. You do not choose to work in an industry which is at its sunset, where prospects for growth have diminished. Still, many incubators in the region do a bit of everything. Also, people often confuse the so-called industrial park, which is more production oriented, with the BI, which is usually more into services. These parks often do not create new businesses but work with already-existing businesses that come in for the cheaper rent.

What is the biggest challenge for new businesses in the region?

They always need expertise. Access to finance is a big challenge. Financial markets are undeveloped; there is very little risk capital available and banks do not lend to young businesses. Intellectual property regulation is still a new concept. Companies want to sell abroad, but they cannot deal with the red tape. They need help with that; the export marketing is a big issue. Training, but good quality training, is very important.