48 questions about Europe, data and journalism 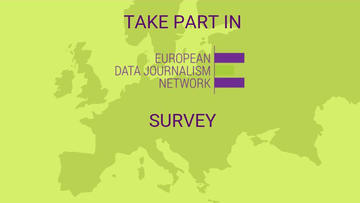 A recurring joke in newsrooms goes more or less like this: "I don’t like maths, that’s why I’m in journalism". Over the last ten years, however, the major media outlets worldwide have engaged in data journalism to dig into politics and society, trying to offer a more solid portrait of reality.

The Guardian popularised this approach in 2009, when it launched a data blog on its webpage. The challenge is how to combine words with numbers, complexity with clarity of content.
In 2017, Osservatorio Balcani Caucaso Transeuropa decided to take up this challenge from a European perspective. Together with a growing number of media outlets (currently 28 in 14 countries of the European Union), it set up the European Data Journalism Network - EDJNet to talk about Europe through numbers. Our daily routine is marked by a series of questions: what topics can be considered ‘European affairs’? What data are available? And what do they tell us? How to visualise them so that they are self-explanatory? 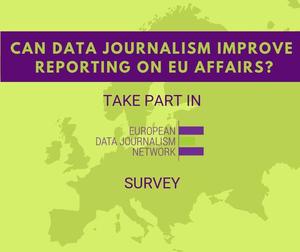 Two years later, the EDJNet consortium can now count: 277 articles in at least 3 languages, 1 major collaborative investigation on climate change (#Europe1CWarmer) republished by over 100 outlets in Europe, and 2 new investigations coming out by the end of 2019.
OBCT has often wondered what value EDJNet adds to data journalism. Now, it has collected 48 questions in a survey to understand the potential of data journalism to improve the way EU affairs are reported on. It is open to all journalists, editors, and newsrooms keen on exploring this topic. The survey takes about 15 minutes, the only catch is: once started, it must be completed, as it is not possible to save and return to the questions later. The more (of course, anonymous) responses will be collected, the more effective the analysis will be. Deadline is on September 30, 2019.