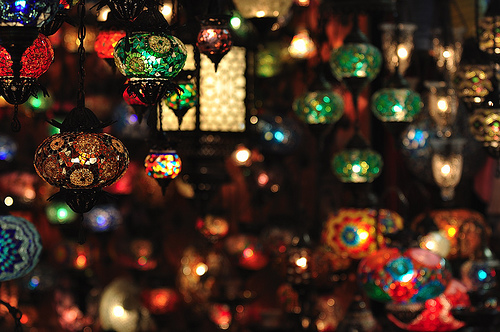 Istanbul is the 2010 European Capital of Culture. The calendar of events, the debate between artists and urban planners on the choices by the Istanbul 2010 Agency. The Turkish identity, the European identity

As of the 16th of January Istanbul is the official 2010 European Capital of Culture together with the German city of Essen and the Hungarian city of Pecs. Performances, concerts, fireworks in seven different parts of the city characterized the inauguration. The Prime Minister Recep Tayyip Erdoğan and the President of the Republic Abdullah Gül were the guest of honour.

During the inaugural speech, Erdoğan underlined that “Istanbul is a European city: historically and culturally, it is and has always been turned to Europe; Istanbul has built its own identity in identifying with Europe. Even just the fact that a city such as Istanbul is in Turkey means that our country is part of Europe and is a natural member of the EU”.

The Prime Minister also spoke about Istanbul’s multi-cultural identity, stating that “mega cities are the mirror of civilization. For centuries, in Istanbul the different cultural groups were guaranteed the freedom to speak and study in their own language, to live their religious beliefs, preserve their culture and their traditions”.

Among the inauguration events, the best attended one was the concert in Taksim Square, by the pop-star Tarkan, the most famous Turkish singer abroad, in particular in the Balkans, in the Arab world and in the Caucasus. Another six quarters of Istanbul hosted concerts with such top artists as Nil Karaibrahimgil, Kıraç, Zara, the rock band Mör ve Ötesi and the electro-Sufi musician Mercan Dede. According to Yılmaz Kurt, Secretary General of the Istanbul 2010 European Capital of Culture Agency, interviewed by Osservatorio Balcani e Caucaso, the inaugural events were attended by over 100.000 people.

Up to date, this organization has financed 537 projects for a total of 461 million Turkish Liras (223 million Euros). The architectural and restoration projects lead with 58% of allocated funds, while 23% of the funds was assigned to the city’s tourist promotion and only 19% was destined to theatre, film and music projects, visual arts and literature.

The main architectural projects approved concern Hagia Sophia, where last week restoration works of the central dome, the religious school and the Sufi cemetery in Galata, the Theodore Port in Yenikapı, the infirmary of the Süleymaniye mosque and the Topkapı Palace Museum came to an end.

When interviewed by Osservatorio Balcani e Caucaso, Zeynep Enlil, Professor of Urban and Cultural Planning at the Faculty of Architecture at the Istanbul Yıldız University, told how the organization and selection process of the projects by the Istanbul 2010 Agency was quite slow and problematic: “It cannot be denied that at a certain point the organizational process became politicized. Independent artists and experts working for the Agency when it was founded were slowly excluded from the decision-making process and so, one after the other, they resigned and were substituted by people appointed by the Government and close to the AKP [editor’s note: the Prime Minister’s party]. Even the Chairman of the Agency’s Executive Committee, Nuri Çolakoğlu, resigned in February of 2009. All these problems really slowed organization down and the process selection was, let’s say, also politicized”.

The concept chosen by the Istanbul 2010 Agency as the underlying theme of the events is connected to the Aristotelian theory by which the explicatory principle of physical dynamics is to be searched in the balance among the four elements, earth, water, wind and fire. A balance that, matter-of-factly, has characterized the relationship between the different cultures that have coexisted in Istanbul for centuries.

According to Zeynep Enlil, the choice of Istanbul as the European Capital of Culture is of fundamental importance from a cultural point of view, because this could be for Europe “a new input in the process of creating a multicultural identity. The city of Istanbul is characterized by an incredible cultural stratification and by the presence of many religious, ethnic and linguistic groups. Certainly there were conflicts in the past, but these different cultures learned to live together and did it for years. I believe this can be a lesson for Europe”.

Since the 90s Istanbul has had a flourishing independent arts scene revolving around galleries such as Hafriyat and Karşı Sanat. With regards to this, the work of the Atılkunst collective is highly interesting. According to Yasemin Nur Toksoy, an artist and researcher at the “Mimar Sinan” Academy of Fine Arts, the choosing of Istanbul as the European Capital of Culture was an opportunity: “In the past few years many spaces for independent artists have increased. The artists themselves opened and managed them. So far, however, all this was only made possible by individual work and investments, with no external funding. The Office for Visual Arts of the Istanbul 2010 Agency has created many new possibilities for artists”.

Zeynep Enlil also agrees that the mission of the Agency has to be that of creating new opportunities especially for artists, but perhaps not enough was done. “Many cities that were chosen as European Capitals of Culture used this event to make themselves known, as is the case of Essen and Pecs. It is different for our city: instead of investing in tourism, it is necessary to revitalize the arts scene, build new infrastructures for arts, favour cultural production. That is what being the European Capital of Culture should – or better – should have been for”.